Many European cities are struggling to contain the rise of Airbnb-style rentals. Their proliferation leaves local residents complaining of a lack of affordable homes. In a move that could have an impact on Airbnb in Portugal, Porto’s city council has decided to temporarily stop issuing licenses for new short-term rental properties in certain areas.

This follows a similar move in Lisbon back in November 2018. There, the suspension affected popular tourist areas such as Barrio Alton, Alfama and Castelo. 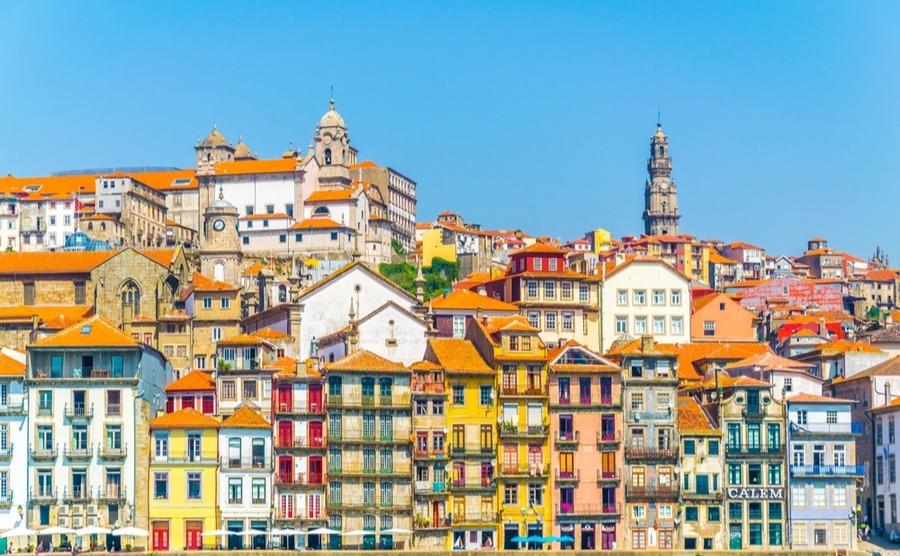 The city of Porto is starting to clamp down on Airbnb rentals in some districts.

The Porto clamp-down, voted on by the city council on July 10th, is temporary. It only affects certain areas of Porto’s city centre. These include much of historic old town, and busy streets such as Rua do Almada, Alfândega and Santa Catarina. These areas are particularly popular with tourists. In turn, they are home to lots of Airbnb-type rentals.

If you’re thinking of buying a property to let out, make sure to get your copy of the Portugal Finance Guide to find out everything about financing your purchase.

The temporary suspension means that property owners in the restricted areas (known as “zonas de contenção“) will not be able to apply to the town hall for short-term rental licences (Alojamento local). This will prevent anybody from legally letting additional properties in these zones on platforms like Airbnb. The restrictions are intended to be in place for six months, or until the council has launched more permanent arrangements.

In the longer term, the plan is for the city to carefully control the number of new short-term rentals. They will do so by only issuing rental permits for fixed periods of time, in the areas considered to be too saturated. These could be for as little as two years in particularly busy areas. In zones under less pressure, they may issue the permits for up to six years.

The authorities are keen to emphasise that these moves are not intended to discourage short-term landlords, or to stop Airbnb in Portugal. Ricardo Valente, the Councillor for Economy, Tourism and Commerce, emphasises how short-term lets have contributed to the “regenerative drive” in Porto, as quoted in Jornal de Notícias.

As such, the new rules are intended to spread Airbnb-style properties evenly across the city, rather than concentrate them in central areas. This can have the effect of only leaving a limited selection of property available to those who actually live and work in the city. This is a situation often reported on in other European cities, such as Amsterdam and Barcelona.

There is further evidence that the government is taking a pragmatic approach to controlling Airbnb in Portugal. Valente has confirmed that condominiums will not have the power to unilaterally prohibit owners from renting out their own apartments as Airbnbs. Instead, anyone with objections will be required to declare them to the City Hall. The local authority will then act as a mediator.

Does Airbnb in Portugal have a future?

Portugal’s balanced approach should be reassuring to anyone considering investing in the country. Rather than considering blanket Airbnb bans, it seems the authorities are doing all they can to balance the interests of all concerned. They are also clearly aware of the economic benefits of attracting lots of tourists to short-term accommodation.

If you’re coming out see properties, don’t miss your free guide, Your Viewing Trip. It’s filled with insider tips and information about what to look for when buying over here.

With that said, city-centre investors should ensure they familiarise themselves with the new legislation. It’s possible that other areas could become subject to licence restrictions in the future. It seems far more likely these will affect city centres, rather than coastal areas like the Algarve. After all, these are specifically designed to attract tourists!

Also, this does all serve to emphasise that the Portuguese government is very much “on the ball” when it comes to rental licenses. Renting out properties without proper tax registration and an Alajomento Local is extremely foolhardy. The chance of being caught out is high, and it’s simply not a risk worth taking.

For information on the practicalities of running an Airbnb in Portugal, take a look at our article on letting out your property.