Moving to Silves: a historic gem in the Central Algarve

Do you like the idea of a quiet Algarve life, away from busy beaches and surrounded by history? Why not think about moving to Silves?

Portugal’s Algarve is packed with history, and nowhere in the region contains quite as much as Silves. The city was the area’s “Kingdom Capital” between 1249 and 1910 – and the history goes back much further than that.

Do you like the idea of being right in the middle of the Algarve’s amenities, in a location that’s convenient, but comfortably away from most of the coastal tourists? If so, this article will teach you all you need to know about moving to Silves.

Find homes in Silves via our property portal.

Let’s begin with a little of Silves’ extensive history.

The wonders of archaeology show us that humans have lived in Silves since Palaeolithic times. Relatively speaking, the time when it was home to Visigoth tribes (around 418AD) seems fairly recent!

People fought over Silves for hundreds of years, with the city changing hands between the Christians and the Moors. Silves Cathedral (The Sé), one of the city’s key tourist sites, is on the location of the former mosque. Construction is believed to have begun in 1242, with the cathedral then being damaged by an earthquake in 1352.

That wasn’t the only earthquake to hit Silves. The cathedral was almost destroyed by another in 1755. That earthquake also changed the course of the Arade river, ending the days when Silves could function as a port.

It could be said that that change set the scene for the Silves that exists now. Although technically a city, Silves has the feel of a small but majestic town. Moving to Silves provides you with a unique way to experience Algarve life – very different from living on a beach resort – but close enough that you can enjoy all that too. 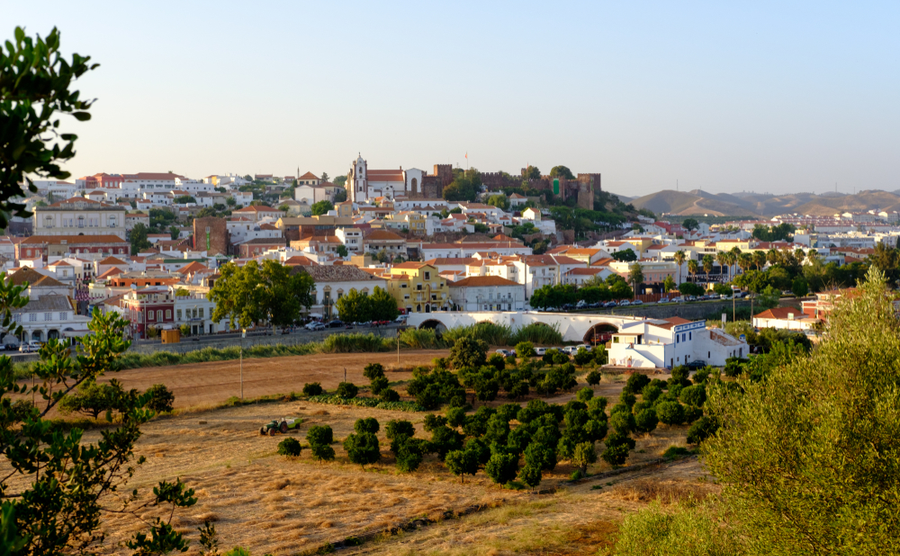 Although technically a city, Silves has the feel of a small but majestic town.

There’s history around every corner in Silves, from the fortified city walls to the cathedral and imposing castle. The River Arade runs through the city, with most of the action to the north.

Unsurprisingly, Moorish influences abound, and Silves delivers on all of the cobbled streets and whitewashed buildings you would expect. There’s no shortage of pavement cafés, restaurants and independent shops. Although tourists do visit Silves (more on that in a moment) the city usually has a quiet, peaceful feel.

Although Silves city centre feels quaint and rustic in part, there are plenty of modern conveniences too. There are two large supermarkets in the south of the town, with a municipal market between them, offering the best of both worlds for your food shopping. There’s a municipal swimming pool and gym here too.

Silves is around 45 minutes from Faro airport by car. The city of Portimāo, with its marina and the stunning Praia da Rocha beach, is 25 minutes away, as is Albufeira in the other direction. The closest beach is Carvoeiro, 18 minutes away.

The city is reasonably well served for public transport. It does have a train station on the main Algarve regional line. However, like many towns in the west Algarve, Silves station has a slightly awkward location, some two miles away from the city. There’s also a bus route between Silves and Lagos.

Let’s talk weather: Silves enjoys the Algarve’s hot summers and mild winters, with over 300 sunny days every year. Due to the geography, it can get swelteringly hot in peak summer, but with slightly cooler evenings than other Algarve locations.

Moving to Silves provides you with a unique way to experience Algarve life – very different from living on a beach resort – but close enough that you can enjoy all that too.

Compared to the rest of the Algarve, moving to Silves puts you in a rather unique position when it comes to tourists. Due to its history, Silves is very much on the tourist trail, but it’s more a day-trip destination than somewhere people base themselves for a holiday.

This means that while there’s a constant flow of coach trips and people trailing around the castle, cathedral and churches, most of those people only stay for a few hours. This allows Silves to benefit from tourism whilst still feeling authentic and laid-back, especially in the evenings.

There is an important exception in the form of the Silves Medieval Festival. Taking place for two weeks every August, this large-scale event attracts locals and tourists from miles around and – quite literally – transforms the town. The castle area is fully decked out and the city is thronged with people in period costumes, parades, food stalls and attractions. Normal life is very much placed on hold for this period and, understandably, locals regard it as either a great thing for the local economy or an invasion!

The rest of the time, life in Silves is slow-paced and typical for the Algarve: outdoor living, lots of exercise opportunities, and plenty of low-cost local food and wine. The city itself has a small international community, with plenty more expats of all nationalities in easy reach at the nearby beach resorts.

On the subject of beach life, it’s easily accessible, with several of the Algarve’s best beaches less than 30 minutes away. A great locals’ “pro tip” is to head for the beach for a mini break in the “shoulder seasons” of May and June and September and October. Warm weather, no crowds, and hotel stays at a fraction of the normal cost. 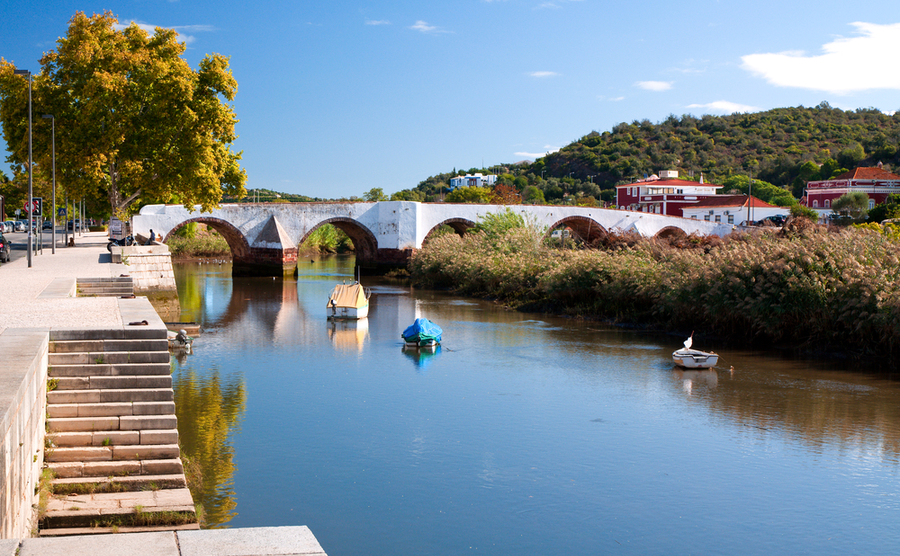 The city usually has a quiet, peaceful feel.

Moving to Silves is a good choice if you’re looking to stretch your property budget. Its inland location means that property here is cheaper than in the coastal towns. And there’s also a wealth of choice.

Just €100,000 will buy you a small apartment in the city centre, and you can still pick up some renovation projects for less than that. If you’re feeling adventurous and wondering about a self-build, there are also well-priced plots of land on offer, some of which come complete with planning permission.

Moving to Silves is very different to choosing a beach-front Algarve apartment. But you still have all of those amenities nearby, in a location with culture, history and a low cost of living. For more information on moving to Portugal, check out our guide.