5 places to find affordable long-term rentals in the Algarve

There’s something of an art to finding long-term rentals in the Algarve. This guide suggests some good places to begin your search.

Long-term rentals in the Algarve can prove tricky to find.

There’s a simple reason for this: Portugal’s Algarve is a magnet for tourists from all over the world. Many owners of investment properties are more attracted to the idea of the large sums they can earn from holiday lets than the smaller amounts they yield from long-term rentals.

However, all is not lost. There are plenty of long-term rentals in the Algarve. It’s just that finding them can take a little effort and a touch of lateral thinking.

In this article, we look at five Algarve towns where you should find it a little easier to find a long-term rental.

Before we start, a few simple tips for finding long-term rentals in the Algarve:

1. Try not to begin your search during the peak tourist period, or when it’s just about to start. Rentals are most thin on the ground between April and August.

At the start of the season, landlords are often blinded by the Euro signs and thinking about how much they can earn in the summer. In July and August, they are frantically busy with the throngs of tourists. Conversely, as the season draws to a close, the chance of guaranteed income over the winter and beyond suddenly becomes a more attractive prospect.

2. Brush up on your Portuguese or find somebody who can help you. English language newspapers and websites will only reveal a fraction of the available rental properties.

3. Avoid “under the table” cash deals for rental properties. They come with considerable risk, from ending up in an unsafe or unlicensed property, to problems claiming tax relief on your rental payments. The rental market in Portugal is increasingly regulated, and it’s easy to come unstuck.

With all of that in mind, here are some destinations to begin your search for an Algarve rental home. For each, we’ve provided an explanation of why it’s a good place to look. 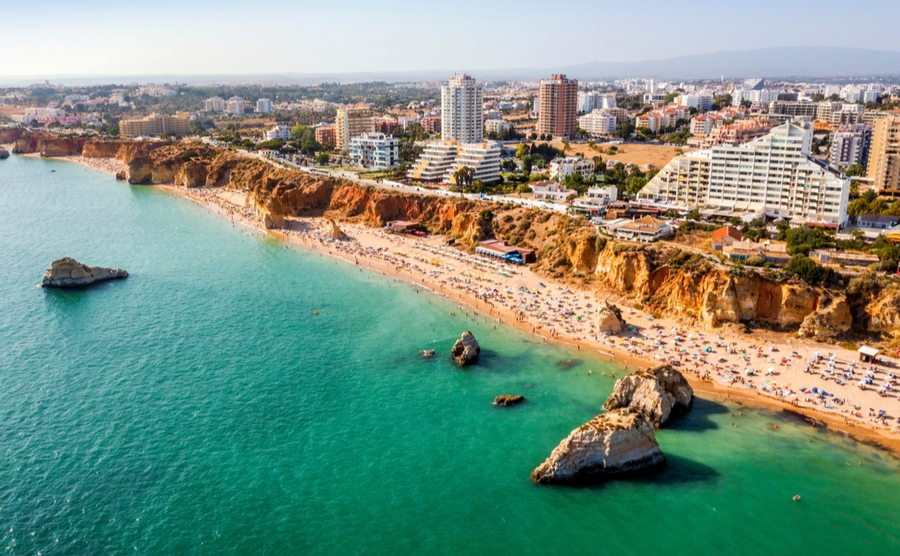 Could Portimao work for you?

Portimão is an interesting destination. Its marina area and neighbouring Praia da Rocha are fully-fledged tourist areas, but the city itself is very much a working city. Focus on properties in the city itself, and you may well find the kind of home that a local would choose, rather than an apartment on a condominium that’s focused on tourists.

You’re still within walking distance of all of the action but paying cheaper rent for a place where you can escape from the frenetic atmosphere of peak summer. Many overseas residents enjoy the change in atmosphere at the start of the season but find that queuing for their favourite restaurants soon gets old!

You should find a two-bedroom apartment in a modern building from around €800/month, with cheaper options in older developments. 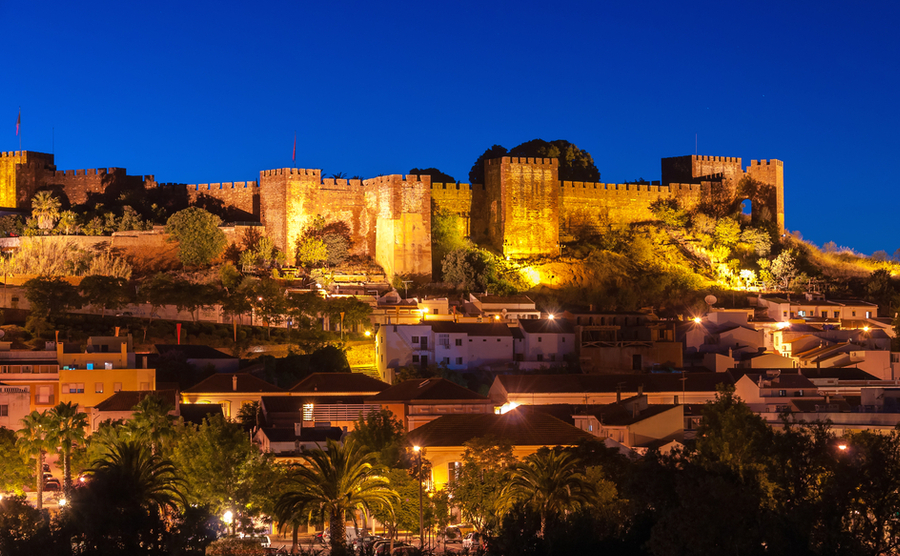 Silves, a beautiful small city packed with history, is very much on the tourist trail. But broadly it’s more of a day-trip destination than somewhere people go for a two-week sunshine holiday. This makes it an interesting place to look for long-term rentals in the Algarve. It’s a place that plenty of overseas residents call home.

While Silves is inland, there’s a choice of some of the central Algarve’s finest beaches within a 25-minute drive.

Silves can be busy with day-trippers during daylight hours but is calm and low-key at night. The exception is during the annual Medieval Festival, which runs for two weeks every August. This attracts thousands of people from miles around and transforms the city. You can either choose to escape during this period or embrace living amidst a large-scale Medieval re-enactment!

A good two-bedroom apartment will set you back around €700/month, with houses from €1000/month.

Heading now to the east Algarve, Moncarapacho is another place where you benefit from being slightly set back from the coast. But as with Silves, beaches are in easy reach, just a 15-minute drive away. Moncarapacho is also extremely convenient for Faro airport, with the journey taking only 25 minutes.

Moncarapacho is a small town, with a few relaxed bars and restaurants situated around a pretty square. The largely rural area around it is dotted with hamlets and smallholdings, and feels a world away from the busy resorts that are not that far away.

Despite the “old school” feel, there have been several new property developments in recent years. An apartment on one of these, with a pool and modern fixtures and fittings, tends to go for €850 month. As this is a small area, you may need to keep your ear to the ground. 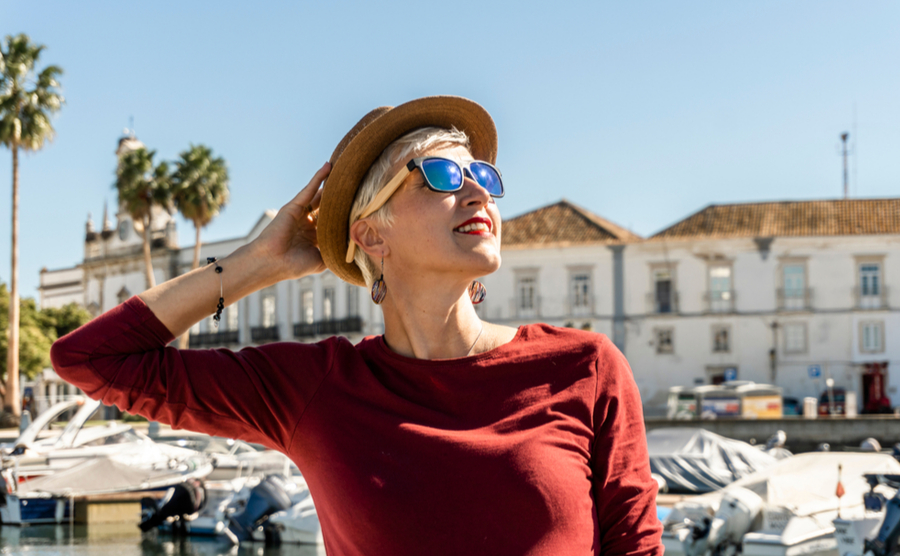 Which of these locations appeal to you?

Conceicão de Tavira is a small village just a few miles from the popular city of Tavira. It’s also located a ten-minute walk from the increasingly popular resort town of Cabanas, which has its own gorgeous island beach.

Several modern developments popped up in Conceicão shortly before the 2008 financial crisis. For some time, dozens of apartments stood empty, but with hindsight we now know that the owners who purchased a home during this time fell on their feet. Prices have rocketed and the developments are now thriving.

While many of the properties in this area are primarily holiday lets, there are enough that you should be able to find long-term rental options. Expect to pay from around €800/month for a modern two-bedroom with a pool.

Vilanoca de Cacela is a small (and fairly non-descript) town set just north of the N125 road – a road that runs through the whole width of the Algarve. It’s another place where you’re close to the action, but far enough away to avoid tourists and unnecessary expenses!

The town itself is low-key, but situated between the ocean and the mountains. You’ll find apartments from €600/month and houses – sometimes with pools – for as little as €950/month.

Not every Algarve landlord is fixated on lucrative holiday rentals. Some don’t want the hassle of weekly cleans and breakages. The Portuguese government also gives tax incentives to owners who choose to rent long-term. Take your time, put some feelers out, and you will find long-term rentals in the Algarve.