Confidence in Lisbon as a global investment destination is rising, after reports highlighted both growth and affordability in its property market. Interest from foreign buyers is especially bullish.

In an authoritative new survey of 35 of the world’s major cities, Lisbon was ranked in the top ten both for annual property price growth and for growth in average rents. The Global Living 2016 report by international property consultancy CBRE found that the average price of an apartment rose 7.4 percent between 2015 and 2016, the tenth highest increase. Rents rose by 8.3 percent, the sixth highest increase out of 35.

Lisbon is the eighth most affordable city, with an average apartment price of $157 per square foot

According to the CBRE report, the average price of an apartment is now $192,996 in the Lisbon Metropolitan Area and $265,671 in the City. The pace of building and buying has picked up considerably: there were 1,163 completions of new dwellings in 2015, 39 percent more than in 2014. The majority of buildings currently under construction are targeted at the high end of the market. 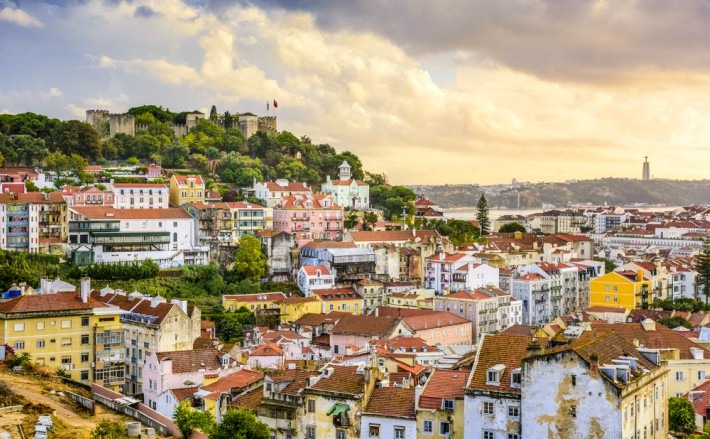 The report also noted that although Lisbon experienced a population decline over previous decades, increasing housing supply was helping to attract people back. “This, together with the Golden Visa programme and other tax incentives introduced for non-habitual residents, has resulted in strong demand for housing in the city,” said CBRE. “During the first quarter of 2016, 22 percent of all sales were from foreign investors, with the largest groups of overseas buyers being from France (27 percent), the UK (18 percent) and China (13 percent).”

The report added: “Across the Lisbon Metropolitan Area, approximately 34 percent of occupiers are renters. Average rents rose just over 8 percent over the past year and are now averaging $717 a month in Lisbon Metropolitan Area and $961 in Lisbon City, where demand is much greater (the share of renters is much higher, at 49 per cent), for a more limited amount of stock.”

Two more reports back up the trend. A new report from real estate specialist Confidencial Imobiliário revealed that between June 2015 and March 2016, 55 per cent of all available properties in the Lisbon Metropolitan area took less than six months to sell, with around 20 per cent selling in less than three months. The latest RICS/Ci Portuguese Housing Market Survey, shows that Portuguese property prices have risen nationally for 10 consecutive months up to and including the end of July 2016.