Learning to love a Portuguese heatwave

With Portugal sweltering in a heatwave, take some tips from an expat on how to acclimatise yourself to the heat. The key is to embrace it!

Here’s a selection of tips, based on the things I learned after many summers in the country. A little forward planning and creative thinking makes it far easier to make the most of the long, hot days and the events and attractions that entice millions of holidaymakers every year.

A little forward planning and creative thinking makes it far easier to make the most of the long, hot days.

You’ll need to choose your garden plants wisely if they’re going to thrive through a Portuguese summer. Plants like bougainvillea and agave do so well (especially in the south of the country), because they’re largely drought-resistant.

Less sun-hardy plants will need irrigation of some kind, or very regular watering. Upturning a water-filled plastic bottle in each pot can provide temporary irrigation if you can’t water your garden for a couple of days. 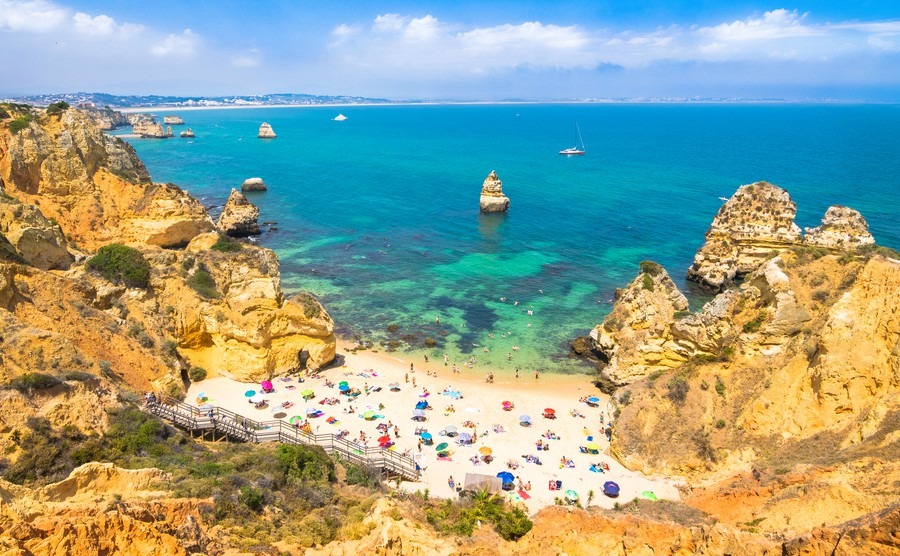 Air conditioning is widespread in Portugal, but some homes don’t have it and many people prefer not to use it too much – it’s expensive to run, and not great for the skin or the airways.

There are various ways to keep cool while you acclimatise to the heat. One thing, which might sound counter-intuitive, is to keep windows closed and curtains drawn until the sun has faded – there’s no point letting in a breeze when it’s warmer outside than in. It’s also good to get out of the mind-set of needing to be in the sun all the time – after a couple of weeks in Portugal you’ll get a perfectly good tan just walking from place to place.

For tips on organising a viewing trip to Portugal, download the Portuguese Viewing Trip Guide

3. Take the stress out of shopping

In tourist areas life takes on a different pace in the summer, and often supermarkets that are usually sedate can be incredibly busy if you get to them at the wrong time. Thankfully, with a bit of lateral thinking you can avoid the crowds. The best time to shop is early, when all the tourists are sleeping off their big holiday nights out. Better still; go to local markets and shops instead of the supermarket.

4. Eat at a different time

The Portuguese don’t tend to eat their evening meal quite as late as the Spanish; in part because Portugal doesn’t have Spain’s siesta tradition. However, eating late in the summer is still quite common, and nobody will mind you turning up at a restaurant at 10pm.

The Portuguese don’t tend to eat quite as late as the Spanish because Portugal doesn’t have Spain’s siesta tradition.

The biggest benefit of eating at this time is that the strongest heat has dissipated, making sitting outside a restaurant a rather more comfortable experience.

From the smallest village to the largest tourist resort, Portugal buzzes with activity throughout summer. Festas (parties) pop up all over the place and often last well into the early hours.

The early hours may be sound-tracked by anything from traditional folk music to throbbing dubstep. There’s no point in complaining about this disturbing your sleep, it’s what makes Portugal’s summer atmosphere. Get out there and be part of it!