The Algarve celebrates 50 years of golf

Golf is 50 years old in the Algarve this year, making it a special time to visit. So if you’re planning a viewing trip there soon, why not squeeze in a round or two?

Fifty years after the first golfer teed off in Portugal’s Algarve, this famous stretch of coastline is today one of the world’s most desirable golf destinations with a thriving international property market.

Just a month before the first and only time England has won the Football World Cup in 1966, another landmark day in sporting history unfolded – Penina in Portimão became the first golf course to open in the Algarve. While England has never repeated its success at the World Cup, the Algarve has grown into a top-notch international golf destination with no less than 25 courses. Notably, it is home to the world-class ‘Golden Triangle’ resorts of Vilamoura, Vale do Lobo and Quinta do Lago, each offering championship courses and popular with British homeowners.

Just a month before the first and only time England has won the Football World Cup in 1966, another landmark day in sporting history unfolded – Penina in Portimão became the first golf course to open in the Algarve.

For an idea of how popular the Algarve is with golfers, a record 1.2 million rounds of golf were played there last year and early indications suggest 2016 is set to continue on a similar path.

Throw into the mix the region’s fantastic sandy beaches, charming old towns and friendly culture, and it’s little wonder that in 2016 the Algarve is one of the most popular places to own a second home or retire to. 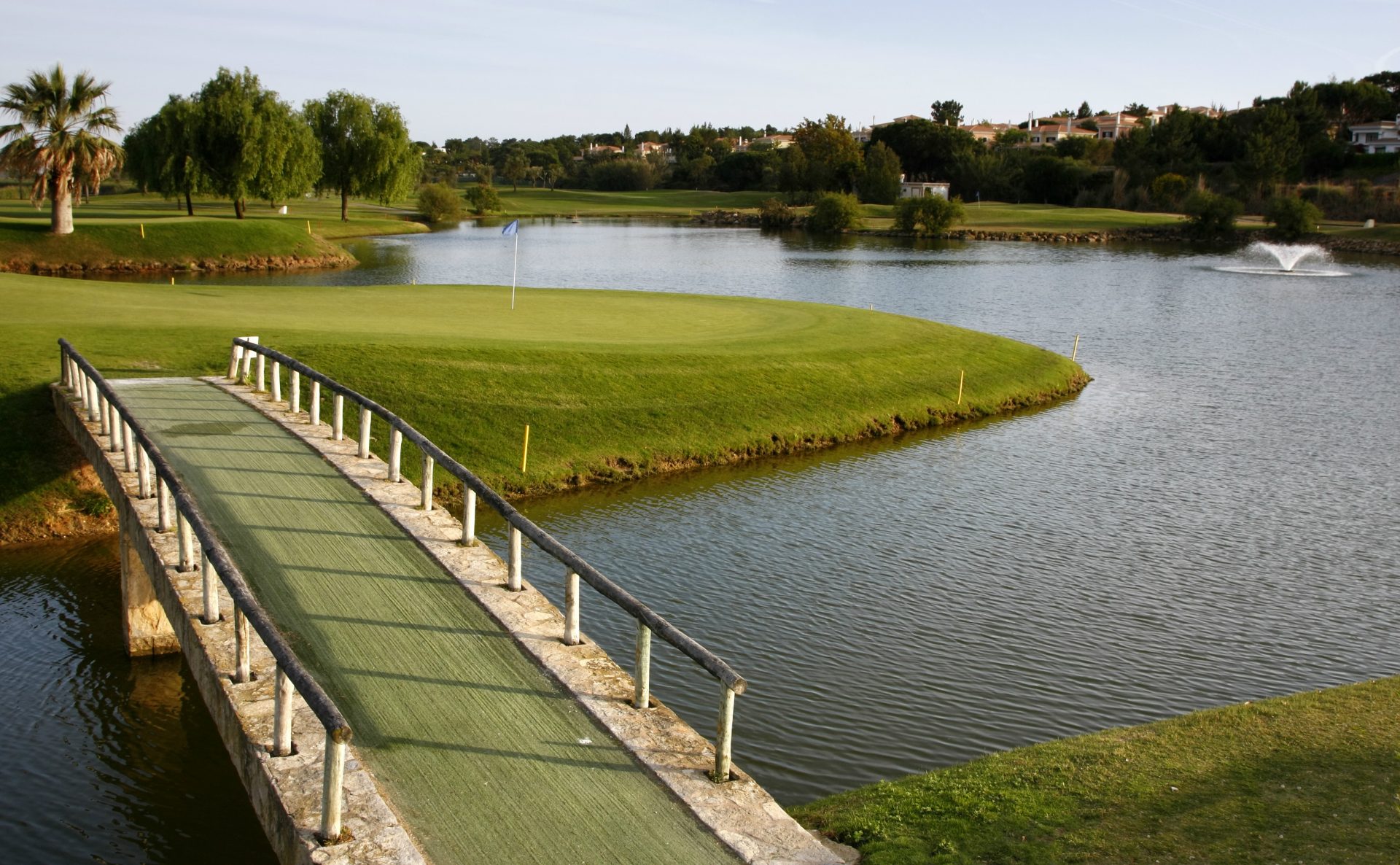 A bridge crossing a lake on a golf course in the Algarve.

In such a special year, homeowners and golfers in the Algarve might notice there is more of a buzz around the golf courses than normal. And here’s why. From June, all of the Algarve’s top courses will feature specially commissioned golden tee markers to celebrate the 50th anniversary. Each visiting golfer will be invited to play from the golden tees and at the same time be given the chance to win 50 green fees in the Algarve – that’s almost a round a week – by registering their details on a website. The winner will be picked from the entries at random and the prize will be valid during 2017.

President of the Algarve Tourism Association, Carlos Luis, said: “We are honoured to be able to mark the 50th anniversary of golf in the Algarve this year and hope golfers will be part of the celebrations with us. It’s just another perfect reason for golfers to visit us in 2016 as the Algarve golf industry continues to provide the very best in hospitality, accommodation and golf venues with great value and diversity. It should be a golden year for the Algarve.”

The Algarve has hosted the Portuguese Open no fewer than 23 times, as well as 35 tournaments on the European Tour and Senior Tour.

The Algarve has hosted the Portuguese Open no fewer than 23 times, as well as 35 tournaments on the European Tour and Senior Tour. In October the cream of European golf will be welcomed for the 10th edition of the Portugal Masters at Oceanico Victoria Golf Course in Vilamoura.

Meanwhile, all signs point to growth in the Algarve’s property and tourism markets. For example, in Quinta do Lago, sales volumes increased 70 percent between 2014 and 2015, according to an international property consultancy, and have now surpassed 2007 levels. On a national level, prices in Portugal grew by 3.4 percent in the year to Q3 2015, and now stand 9.1 percent above their lowest level of 2013. Positive annual growth has now been recorded every quarter since Q4 2013.

Looking closer at tourism, the number of overnight guests grew by eight percent to 17.4 million in 2015. The Algarve accounted for 3.7 million of these that year, making it the second largest tourist destination in the country after Lisbon.