How to get residency in Portugal

Getting official residency in Portugal is something you must think about if you intend to stay long term. This article explains all the details, quirks and possible frustrations you might encounter.

Firstly, however, it’s important to point out a couple of things:

The procedures outlined here are based on EU freedom of movement. These will be in place until the UK exits the European Union and the UK government states they will continue throughout the transition period. If you’re moving after this period, do follow Portugal Property Guides for the updated information when it’s released.

This article chiefly deals with British and Irish expats gaining residency in Portugal. We have a short explanation of moving from outside the EU, but it’s generally good to take advice from a trusted solicitor as needed. 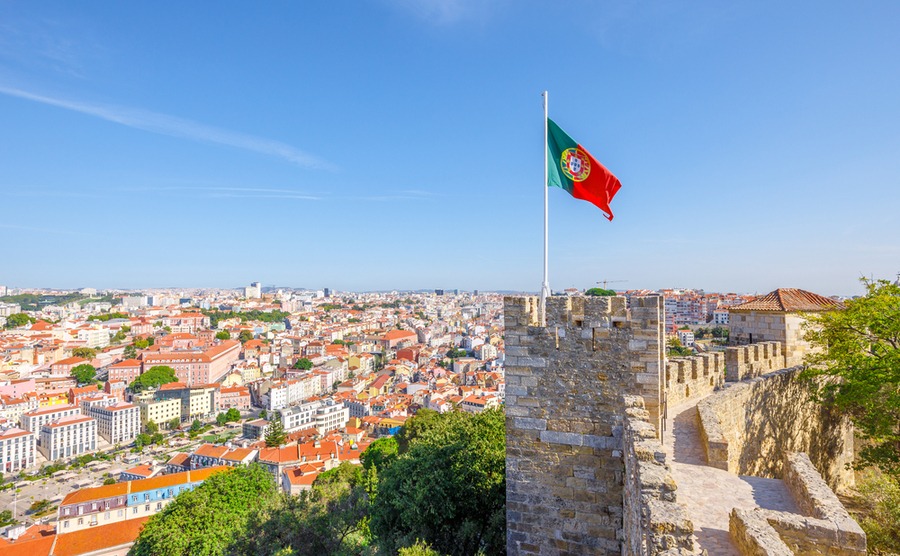 Residency in Portugal is relatively simple, but you do need to make sure you follow the steps (and be prepared for local variations among town halls).

Any EU citizen staying in Portugal for more than 90 days has to get temporary residency in Portugal. You do this by applying for a registration certificate. (The Certificado do registo de cidadão da União Europeia).

This is the first step towards residency in Portugal. The certificate is usually valid for a five year period.

Different câmaras (town halls) often produce a very different list of requirements. Some new arrivals to Portugal find it very easy to gain their registration certificate. Others go around the houses to quite a notable degree! As such, it’s good to prepare all your documents before any appointments.

Plenty of official resources state fairly basic requirements to obtain this certificate. For example, workers need to produce a valid identity document, and also a declaration that they are employed or self-employed in Portugal. Meanwhile, the official guidance says pensioners must declare they have adequate financial resources and show proof of identity and healthcare.

In reality, different câmaras (town halls) often produce a very different list of requirements. Some new arrivals to Portugal find it very easy to gain their registration certificate. Others go around the houses to quite a notable degree!

Find properties for sale in Portugal on our property portal.

Requirements for initial residency in Portugal

It’s not unheard of for people seeking this initial residency in Portugal to need to produce:

It’s important to emphasise that many people wanting residency in Portugal don’t need to produce a fraction of this documentation. However, it’s wise to be ready to.

When you visit the câmara, you also need some passport-sized photographs and usually a small payment of around €12 for the document. If you can’t speak Portuguese, it can generally help to take someone with you who can.

Residency in Portugal for non-EU citizens

If you’re not from the EU, you’ll need to do some detailed research on what you require to move to Portugal. You will probably need a Schengen Visa to initially enter the country. After this time, you apply for a residence permit. This differs from EU registration. You can get this Autorização de Residência from the SEF (Serviço de Estrangeiros e Fronteiras), rather than the town hall.

Many of the requested documents are the same as those listed above. However, as a non-EU arrival, you will likely deal with stricter requirements with regard to proving your income and your access to fully-paid medical care. Non-EU visas are usually for one or two years at a time, renewable for up to five years.

Once you’ve lived in Portugal for an uninterrupted (and properly documented) five year period, you can apply for permanent residency. This applies whether you were originally from the EU or from elsewhere. The SEF deals with permanent residency applications.

The SEF provides a detailed list of documentation requirements here. As well as the items in the above list for a five-year EU residency registration, you also typically need proof of your previous five years’ residency and proof of registration with the social security authorities. You also have to permit the SEF to carry out a criminal record check.

The official requirements for non-EU citizens additionally state you should have the ability to communicate in basic Portuguese.

Fees for permanent residency are usually around €100, and you need passport photos. Although this type of residency is known as “permanent”, you need to renew it after 10 years.

If you wish, you are entitled to apply for Portuguese citizenship after living in Portugal for six or more uninterrupted years. An increasing number of people are becoming interested in such a move in the wake of Brexit-related uncertainty.

You will need to speak to the SEF to acquire a document proving you’ve been living in Portugal for over six years. You also need to complete a language test and a criminal record check. Unsurprisingly, the authorities will expect to see a birth certificate, proof of current and past addresses, and your residency card.

The citizenship process can take time, and cost up to €200. However, if you’re able to meet the requirements, you become a fully-fledged citizen of Portugal. You will have a Portuguese EU passport, and rights to vote in national elections.

Some expats opt for an “under the radar” approach to bureaucracy such as residency in Portugal. This isn’t a wise idea, and it’s especially foolhardy with Brexit looming. The details above should help you to ensure your residency is completely official!