Many people visualising a life in the Portuguese sun instantly think of the Algarve region. The south of the country delivers millions of perfect holidays every year, so it’s no wonder people from other nations begin to imagine themselves living there. But as the locals are always keen to point out, there’s more to Portugal than the Algarve.

The west-facing Silver Coast region, in particular, is increasingly coveted by overseas residents. And when it comes to Silver Coast property, there’s plenty to choose from, ranging from sparkling modern apartments to rustic renovation projects.

Are you ready to be a “third country national” in Portugal from 1 January? See what that means in How to Live in Portugal After Brexit.

Stretching from just north of Lisbon to just south of Porto, the Silver Coast is accessible, affordable, and packed with just as many beaches and attractions as the Algarve. In this article, we consider five reasons to give the Silver Coast some serious consideration.

1. Anything the Algarve can do…

The Algarve boasts some of the world’s most stunning beaches, but the Silver Coast has plenty to rival them.

Peniche and Nazaré are a couple of the best-known, primarily due to their surfing credentials. For something more placid, how about the lagoon beaches of Óbidos and Foz de Arelho? Then there are lesser known spots such as Baleal or even Berlenga – on a nature reserve island accessed by boat from Peniche.

You certainly needn’t worry about a lack of sea and sand. Facilities are no issue either. Golfers have plenty of options, with courses dotting the region, and a particularly large cluster on the coast around Óbidos. Unsurprisingly, watersports abound, and the region’s terrain also lends itself beautifully to hiking and mountain biking.

There are plenty of resort towns along the Silver Coast, but this is very much a region for year-round living. The surrounding ocean also ensures a continuous supply of some of the world’s finest seafood – perfect with inexpensive vinho verde from a little further north. 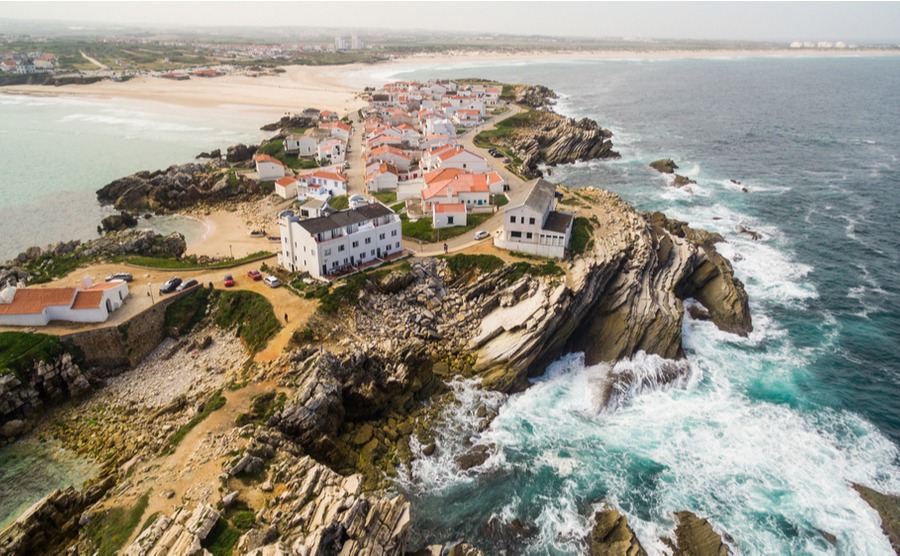 Obviously when you’re surrounded by natural beauty, it helps to have the right weather to enjoy it.

It’s not something you need to worry about if you’re considering Silver Coast property. Yes, it’s a little cooler than the Algarve in the summer. Around five degrees cooler is common, but if you’re talking 33C instead of 38C, that’s really not the end of the world!

The skies are consistently and reliably sunny, and the year-round weather is mild. Wind is certainly something to be aware of in exposed coastal spots. It benefits the surfers and takes the edge off the heat, and it’s easy to find more sheltered spots if you wish to truly sizzle.

Something that often surprises newcomers to Portugal is that there are noticeable seasons. The Silver Coast is similar to the Algarve: Summer is long, winter is short, and autumn often feels like a second spring! With average temperatures typically in double figures even in the depths of “winter,” this part of Portugal allows you to enjoy the seasons without too many uncomfortable extremes.

The Algarve boasts some of the world’s most stunning beaches, but the Silver Coast has plenty to rival them.

A HUGE benefit of choosing the Silver Coast is its proximity to Portugal’s cities. The vibrant university city of Coimbra is in easy reach of most of the region. Depending on where you choose, you are generally also within a 90 minute drive or either Lisbon or Porto.  There’s plenty of public transport on offer too.

Being so close to the cities means easy access to culture and variety. It also has its benefits if your plans involve working. Both Lisbon and Porto are emerging as popular hubs for freelancers and startups. This makes them great places to meet like-minded people. 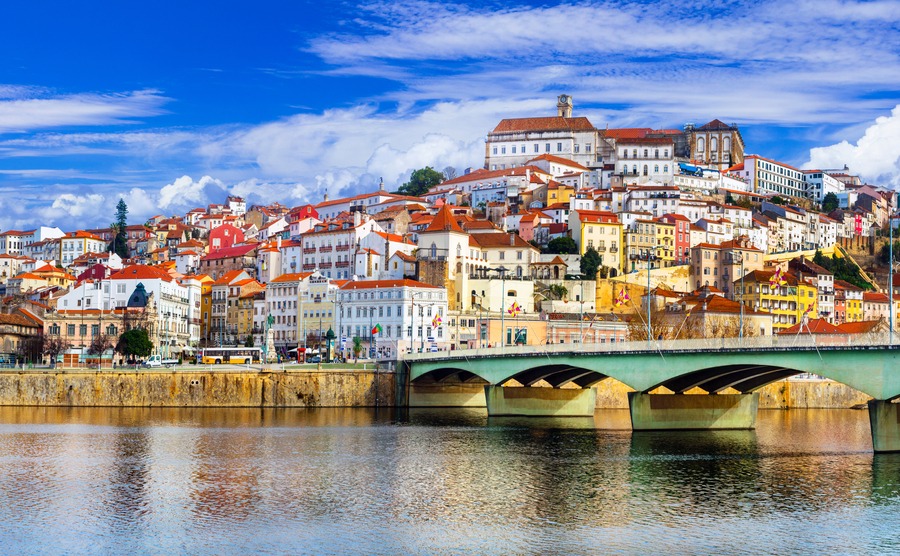 The vibrant university city of Coimbra.

Moving to the Silver Coast doesn’t have to mean an apartment near the beach – although that’s obviously the dream for many.

As with the Algarve, you can venture slightly inland and find a completely different lifestyle. The Silver Coast is home to thriving inland towns like Caldas da Rainha and Torres Vedras. These (especially the former) are popular with expats seeking a little of everything. Then, for those who fancy a rural off-grid lifestyle, there are tiny hamlets all over the region. This is where you can find the smallholdings and ruins for renovation.

The Silver Coast remains affordable too. There’s nothing to stop you buying a modern apartment with all the state-of-the-art amenities. You’ll find these for less than they cost in the Algarve. You will also – almost inevitably – have your head turned by “habitable” projects at true bargain-basement prices. 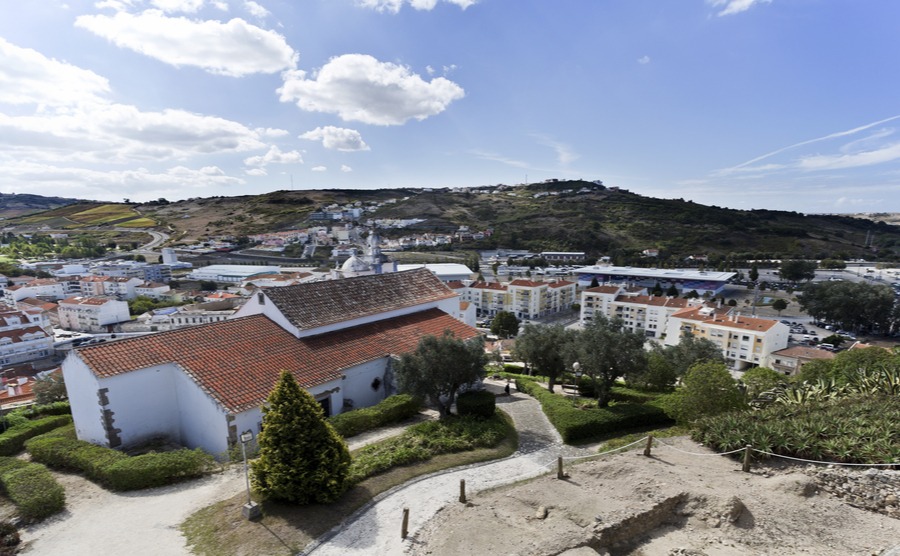 We should make clear that there’s not a competition between the Algarve and the Silver Coast! Both have an enormous amount going for them, and are hugely popular with international residents.

However, there is undoubtedly an argument to say that the Silver Coast is rather more authentically Portuguese than the holiday paradise further south.

The Algarve is a world-leading holiday destination. Not just with tourists from across the world, but from elsewhere in Portugal too. As such, some parts of the area can feel more “purpose built” for tourism. Those seeking authenticity and integration with the locals will – perhaps – find it more easily along the Silver Coast.

At the very least, it’s worth spending time in both areas and comparing the feel. You could find you get more for your money with a Silver Coast property – and exploring both regions is hardly a hardship! Start your property search here.