After a period with little news about the realities of impending Brexit for expats in Portugal and elsewhere, solid details have finally started to emerge.

For expats the period since the Referendum has been one of uncertainty and speculation, with few practical details of what Brexit might mean. Thankfully we were given some reassurance by the Portuguese prime minister that we would continue to be welcome.

Price rises are widely expected in the UK in the coming months. Maybe it is time to speed up your move to Portugal.

The lack of information has been replaced by something of a flood of news over the past few weeks. First off, it’s (for now at least) been declared that the UK will activate the leaving process by triggering Article 50 by the end of March 2017. This will begin Britain’s formal withdrawal from the EU and start a two-year countdown. Essentially this means that – in theory at least – the UK will be out of the EU by April 2019.

This news has prompted a flurry of debate, speculation and confusion, while introducing the concepts of “hard Brexit” and “soft Brexit” to the world.

With EU leaders appearing extremely reluctant to grant any concessions to the UK, it seems unlikely that Britain will get any kind of special deal. Specifically, one that allows the nation to cherry pick the parts of EU membership that it wants (such as access to the single market for trade), and reject those it doesn’t (such as freedom of movement). As such, a hard Brexit is expected. 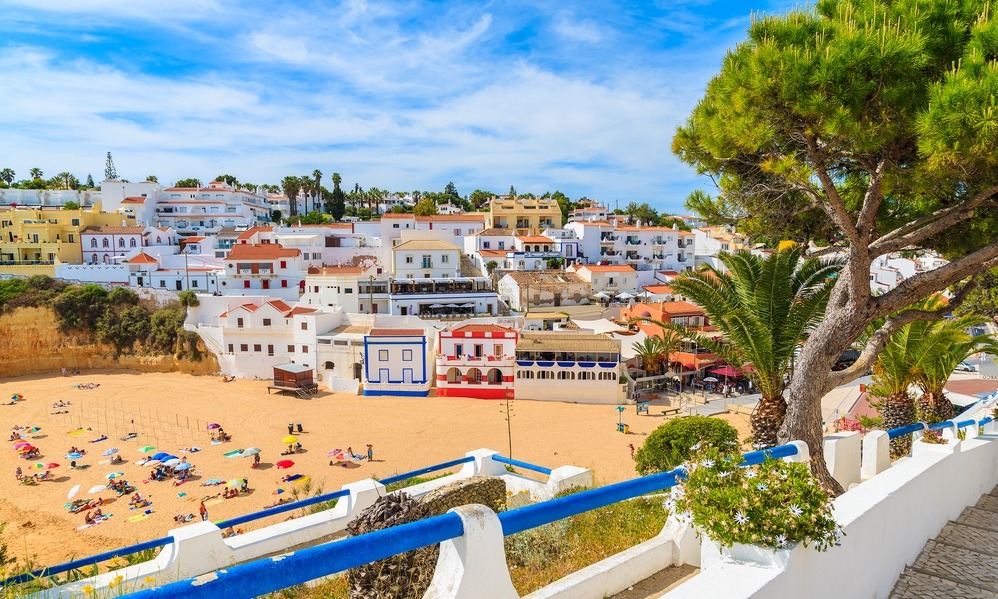 Carvoeiro, in the Algarve, where the falling pound has failed to bring panic

This has already had a dramatic effect, particularly in terms of the value of sterling. At the time of writing, a pound is worth just US$1.22 or €1.11 at bank rates. (As the currency is so volatile, this could well have changed before this article has been published tomorrow!)

The value of sterling against the dollar is a particular concern. With so many of the world’s goods traded in the American currency, price rises are widely expected in the UK in the coming months. Maybe it is time to consider speeding up your move to Portugal.

So how does all this impact expats in Portugal? The key concern right now is the falling value of the pound. Plenty of UK expats fund their lives in Portugal with a UK income – be it from pensions, investments, or rental income from “back home”.

If this income is in sterling, it’s already worth 20 percent fewer euros and it’s quite possible the situation will get worse. As such, it’s more important than ever that expats look at currency exchange options and perhaps consider securing a rate in advance for any large transactions. This is known as a Forward Contract and is extremely useful for those of us on a fixed income. You can speak to one of the friendly people at Smart Currency Exchange [LINK] to see how that would work for you.

If your paperwork isn’t in order in terms of tax and residency, it’s time to get it sorted

Expats on limited incomes may have less buying power than they did prior to the Brexit vote but it’s worth remembering that sterling remains stronger against the euro than it was back in 2009. Long term expats have weathered these storms before and while UK inflation is on the rise, living costs here in Portugal are still far lower.

With regard to expats’ status in Portugal after Brexit is complete, it makes most sense to focus on the reassurances the Portuguese Prime Minister made to expats shortly after the vote. António Costa certainly seemed to suggest that legitimate expats would have nothing to worry about. Until told otherwise, expats should have a reasonable level of certainty that there are no nasty surprises around the corner. Furthermore, nothing can happen until the Article 50 negotiations are complete, so it will be at least two years before any kind of Brexit is complete.

As we have cautioned before, however, this isn’t the time to be an “off the radar” expat in Portugal, or indeed any other EU country. If your paperwork isn’t in order in terms of tax and residency, it’s time to get it sorted – or there genuinely is a chance of “coming unstuck” while this Brexit journey continues.