After Brexit, what’s changed in Portugal?

Five years after Britain voted for Brexit and six months after the transition period ended, what has been the impact of Brexit on the ground?

Portugal’s as popular as ever

Prior to 2016, the figures for people moving to Portugal each year from the UK were relatively static, increasing by around 4% per year.

That all changed in 2016, when the number of Brits residing in Portugal went up by 13% according to official data. In 2018 it increased by 18%. In 2020, the final year that Britons could become Portuguese residents under EU Freedom of Movement laws, the figure went up by an incredible 34.6%.

Some of these rises were down to Brits already in Portugal formalising their residency status. However, it’s clear that plenty of UK citizens decided to move to Portugal or accelerate their plans ahead of the Brexit deadline on 31 December last year.

While there have been some press reports of people returning to the UK from countries in mainland Europe, ahead of Brexit, there’s no real evidence of that happening on a large scale from Portugal. As you can see, there’s still been a large net increase. More than 46,000 British citizens now live in Portugal, based on the most recent data. 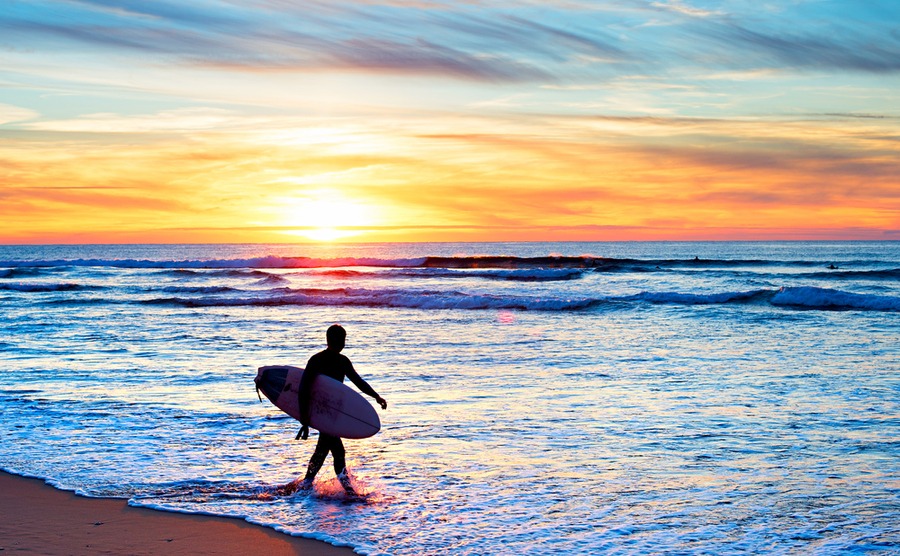 Clearly, plenty of Brits were keen to get their paperwork in order before the end of the Brexit transition period. Anecdotal reports haven’t highlighted many issues there, despite Portugal’s reputation for rather laborious bureaucracy. However, some residents have reported delays in obtaining the biometric cards they need to travel outside of Portugal under their residency.

Covid inevitably plays into this. The fact that travelling between the UK and Portugal is – at the time of writing – more complicated, has likely dampened the practical impact of these delays.

If you’re weren’t one of the people fortunate enough to arrange a permanent move to Portugal ahead of the transition period, a certain amount of red tape will be unavoidable when you do. British citizens are now “third country nationals.” By default, you can stay in Portugal for 90 days in any 180 day period.

To stay longer than that, you need a visa, or permanent residency. Thankfully, the Portuguese government has long been amenable to people moving to the country – either to work or retire. As well as the popular Golden Visa scheme, there are visas available for skilled migrants, people with jobs in Portugal, entrepreneurs and pensioners. Details of the options are available on the SEF website.

Once you have gained residency via a scheme or work permit, you should have no trouble with practicalities such as registering with a doctor.

Brexit in Portugal: life in the country

Brexit has obviously shifted the rules and changed the paperwork. But it’s important to remember that the Portugal still delivers on its promise of beautiful weather, fine food, and a laid-back lifestyle.

It’s hard to draw firm conclusions about how things “feel” in Portugal right now, because everything’s somewhat clouded by the Covid pandemic. Portugal was briefly on the UK government’s “green list” for international travel, before being controversially returned to “amber.” Unsurprisingly, residents report a quieter-than-normal tourist season. However, there’s are still plenty of people enjoying the country’s charms, with people freely travelling in from countries like the Netherlands and Germany. 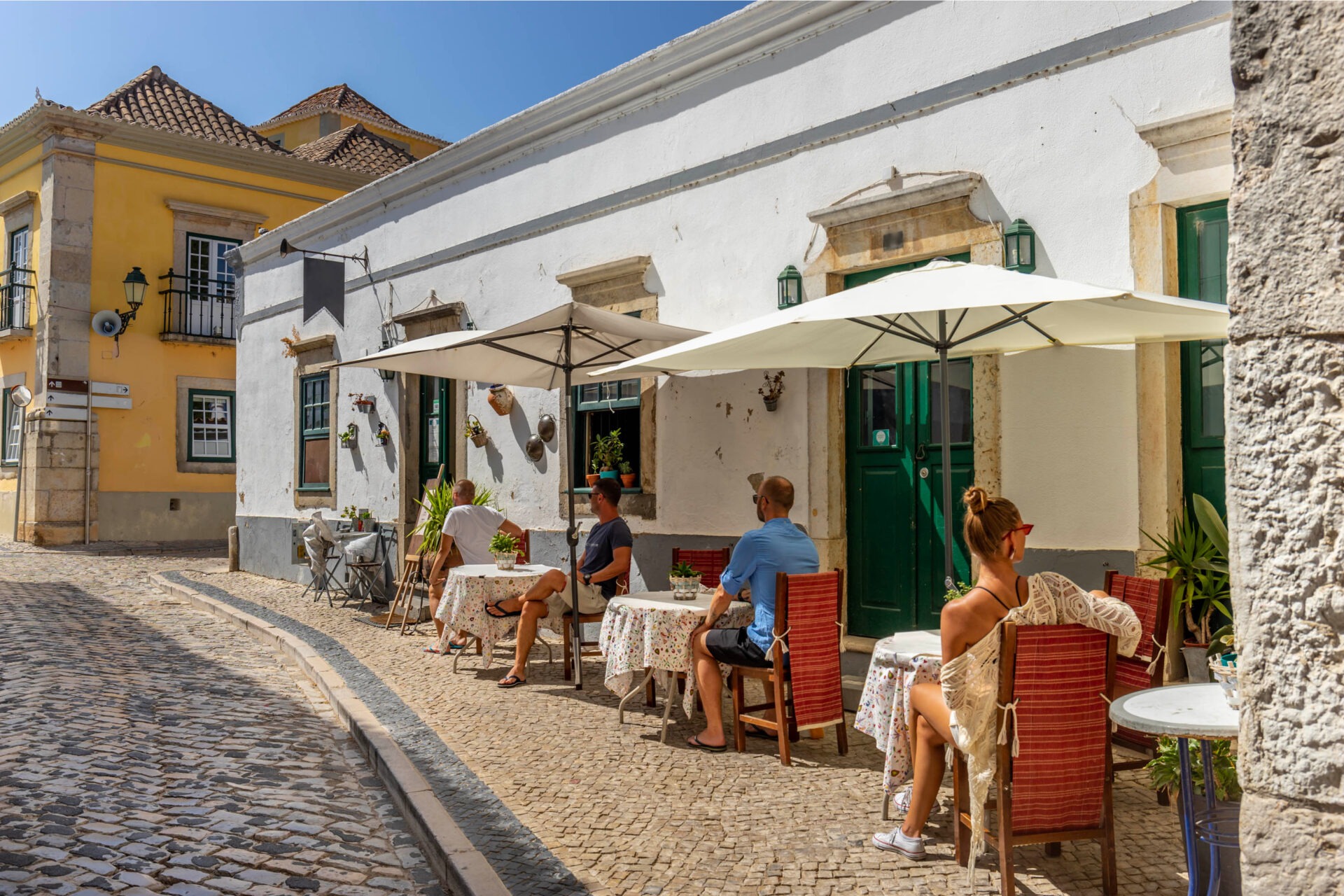 Portugal still delivers on its promise of beautiful weather, fine food, and a laid-back lifestyle.

Unfortunately there are also some “knock on effects” of Brexit in Portugal that it’s wise to be aware of.

As Britain is no longer part of the EU, there are can be some customs complications. Ordering items from the UK used to be relatively straightforward, but is now slower and more costly. We spoke to one resident who ordered an item from a UK company for £50 plus £17 shipping. Unfortunately, they also had to pay a customs bill, which came to £41 plus processing fees.

It seems likely that, in time, these issues should begin to iron themselves out. Even if they don’t, it will just mean that overseas residents in Portugal need to adjust their habits to the new reality. Amazon, for example, has a huge presence in Spain, so it could be time for residents to order items from there instead!

Unfortunately there are also some “knock on effects” of Brexit in Portugal that it’s wise to be aware of.

Perhaps slightly more concerning is the impact of customs fees on people moving possessions to Portugal. Back in February, two removal companies discussed various frustrations with The Portugal News. These included people having to pay up to 40% of the value of their possessions in customs and VAT fees when moving furniture and personal effects.

Once again, it’s reasonable to expect that these issues will be resolved in time. Once could also assume that some people found themselves caught up in the early days of new rules being implemented. However, this does provide something to think about. For example, it could be that people moving to Portugal after Brexit would be better to update their furnishings and buy new on arrival. This could work out more cost-effective than paying import charges.

Finally, there’s the issue of bank accounts. Prior to Brexit, many expats maintained UK accounts. However, several banks announced that they would no longer support these accounts after Brexit. Arguably, this was more of an inconvenience for those already in the country relying on these facilities. It will now be clear which accounts you can expect to maintain, which should give you time to make arrangements.

Looking to the Future

It was always inevitable that Brexit would cause some “bumps,” such as those described above. Nobody knew that a pandemic would add to it. The good news is that we’re now at a point where the uncertainty has gone. This means that you can make decisions and plans based on facts.

And the fact does remain that Portugal is a wonderful, friendly and inexpensive country. Its relationship with Britain goes back centuries. There’s recently been a “#Brelcome” campaign, with the slogan “Portugal will never leave you.”

There may well be some additional paperwork to do, but moving to Portugal is still very much an option after Brexit – and you will be welcomed with open arms.