5 places to live in Portugal without a car

Cars themselves are expensive in Portugal. In part because of how new vehicles are taxed, but also because they hold their value. Thanks to Portugal’s climate, cars take a long time to rust, hence the prevalence of long-forgotten “vintage” models on the country’s roads.

Fuel costs are near the top of the table for the EU (typically around 7th place, behind Scandinavia, Greece and Ireland). Then there’s the not-so-insignificant cost of tolls for Portugal’s modern motorway network, along with maintenance costs and insurance. 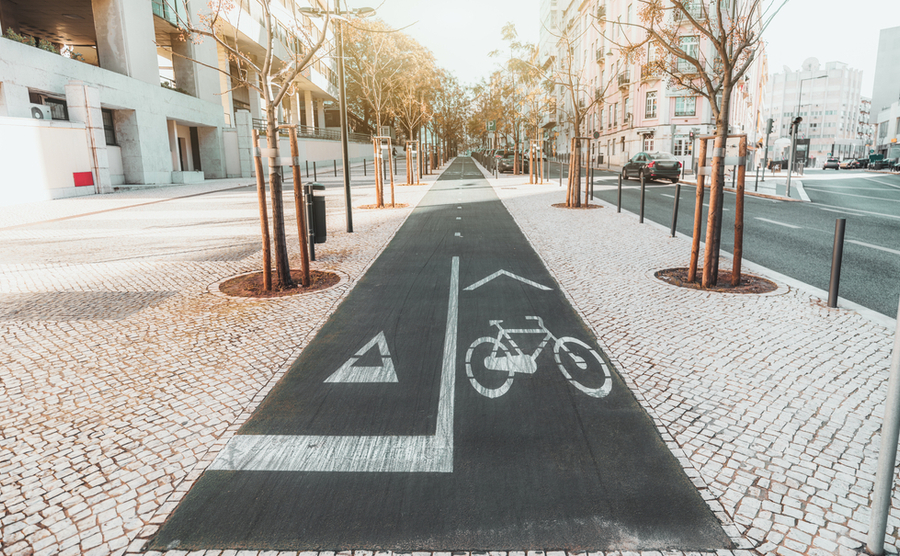 Placed alongside concerns about environmental impact, it’s little wonder that plenty of people wonder how practical it is to live in Portugal without a car.

Obviously, location is everything when weighing up this dilemma. In parts of rural Portugal, a car is essential. (In the mountains, a four-wheel drive vehicle may even be necessary!)

However, there are plenty of places in Portugal where it’s easy to rely on public transport, and still have easy access to everything you need.

In this article, we examine five great places to live in Portugal without a car. It’s also worth remembering that as a key tourism destination, Portugal is well-served with car hire companies. Managing without a car and simply hiring one when needed can be a great compromise. 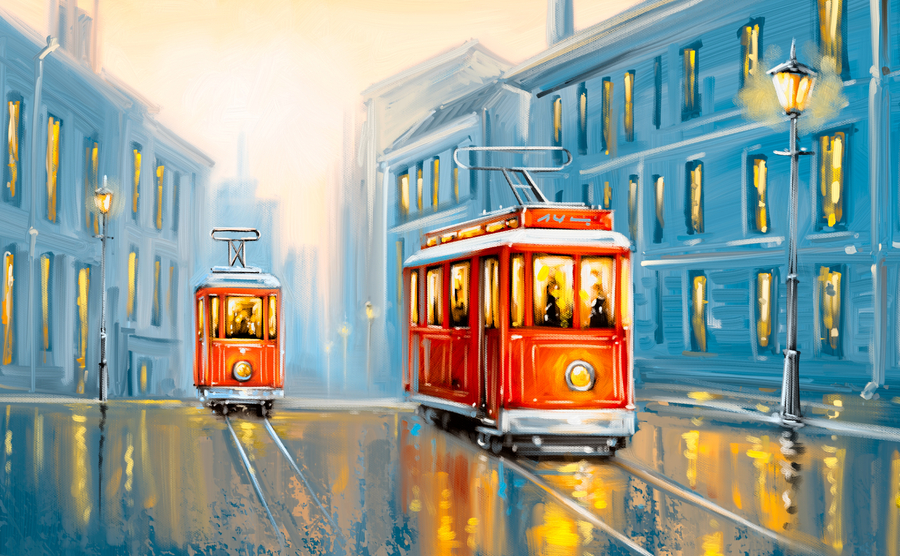 Trams are popular in Lisbon

We begin in Portugal’s capital, where an extensive public transport system and a dearth of affordable car parking can make owning your own car more of a hinderance than a help.

Lisbon’s metro system is reliable and cheap, and complemented with trams, buses and boat services. There are also regular overland trains to Cascais and Estoril, and high-speed (Alfa Pendular) services to Porto and the Algarve. Plans are underway to launch an even faster service between Lisbon and Porto, taking just an hour and 15 minutes.

Within the city, there are three main bike hire services, operated by Gira, Hive and Uber. As well as renting out conventional bikes, they also offer eBikes – something very useful in a city built around seven steep hills! There are also several companies offering electric scooter hire. 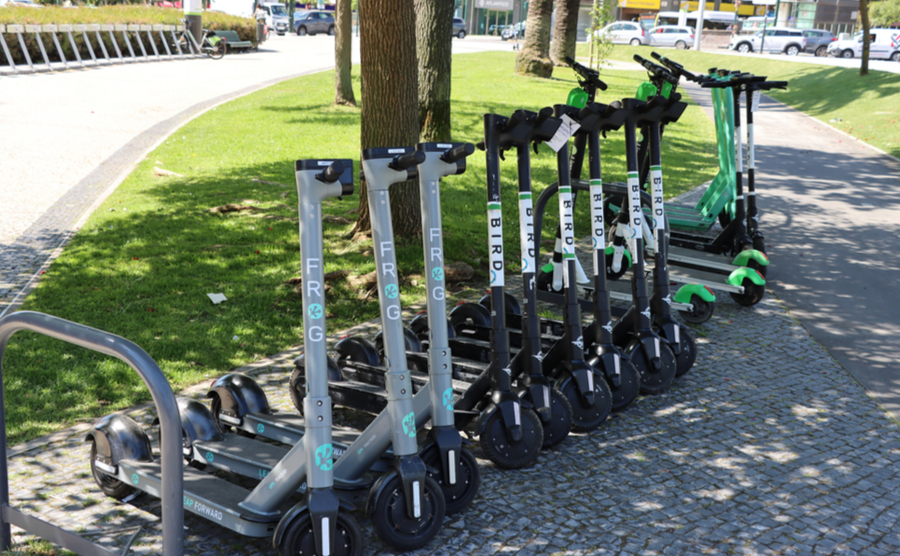 eScooters for hire in Porto I Image: Federico Fermeglia via Shutterstock

Like Lisbon, Porto is well-served with bike and scooter hire schemes. Since 2021, there have been over 200 hiring points across the city. The main operators for bike hire are Bird, Circ and Hive.

Porto has an extensive metro and bus network, and there are tram lines in operation too, although nowadays these are as much a tourist attraction as a means of commuter transport.

Looking further afield, it’s possible to head down to Lisbon on the Alfa Pendular in just under three hours. “On the day” fares will seem very low to those used to UK prices! When the new fast line is complete, the capital will be an easy day trip away, with 75-minute services. In time, the same fast line will also run north to Vigo in Spain. 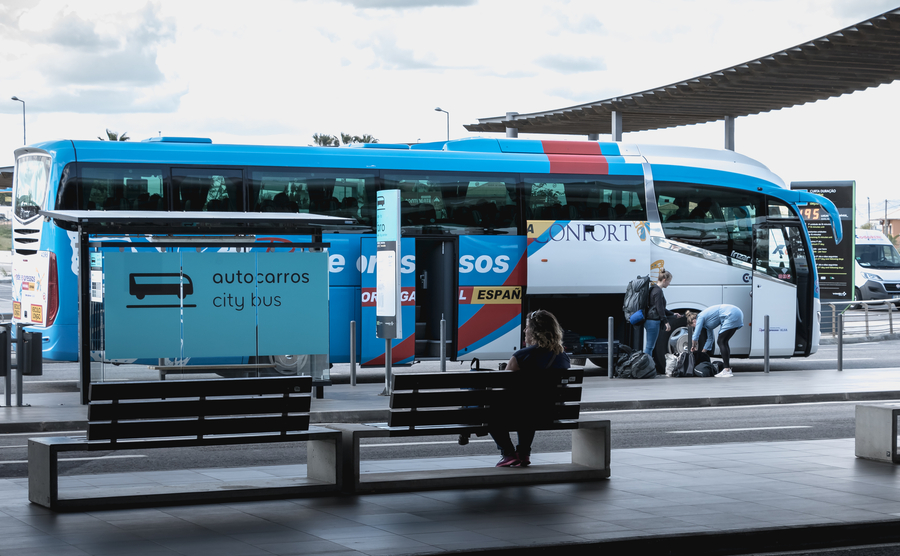 Passengers board the City-Bus at Faro International Airport I Image: Pierre-Olivier via Shutterstock

Heading south to the Algarve, Faro – the region’s capital – is a good place to start when considering car free living.

Faro airport is only around 10 minutes from the city centre – an easy journey by bus or taxi. Once in the city, Faro is the central hub for bus and train travel across the whole region, with the main stations just a short walk apart.

Even setting aside the public transport options, Faro is compact and easily walkable. There are also plenty of independent firms hiring bikes, eBikes, scooters and mopeds. 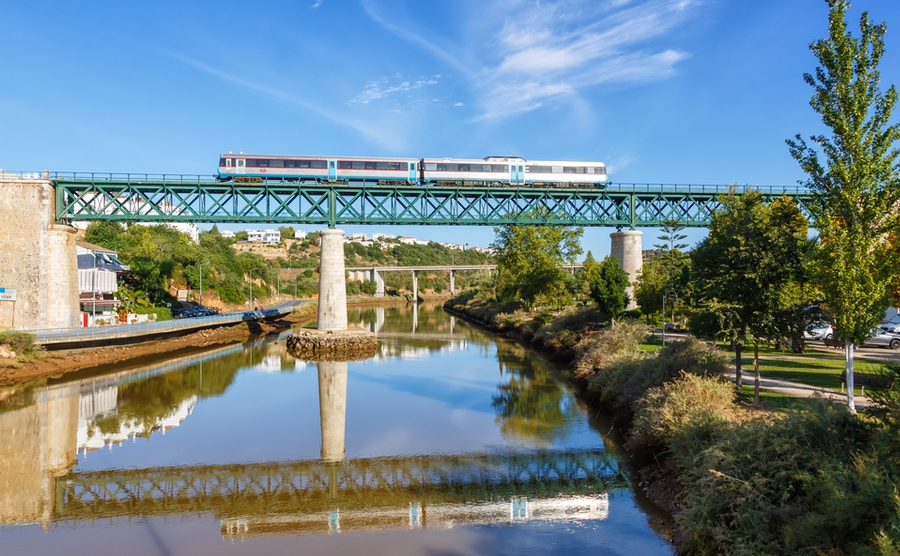 Train on bridge in Tavira I Image: Markus Mainka via Shutterstock

The main Algarve train line is convenient and economical, despite its rather “rustic” rolling stock. However, it’s important to understand its shortcomings. In the west Algarve, some of the stations aren’t particularly convenient for the towns they serve. Albufeira is a notable example. Its station is actually in Ferreiras, several kilometres from the resort – something that catches out plenty of tourists!

It’s a different story in the east Algarve, where convenient train stations make it a great place to live in Portugal without a car. The fact the coastal area is relatively flat is an added bonus, making it simplicity itself to combine rail and cycle travel.

Tavira serves as the perfect example of where this all comes together. The city has two train stations, both well-located and in walking distance of amenities. Tavira is also conveniently located along the Ecovia cycle route. Plenty of other destinations are within reach – via well-signposted and often largely car-free routes. 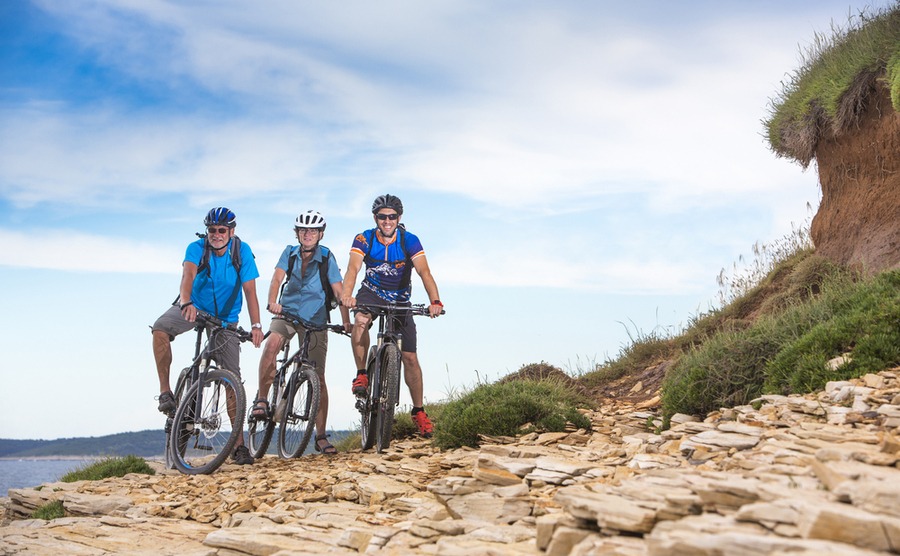 Cycling in the Algarve is very popular

Vilamoura is often described as a “cyclist’s dream,” with an extensive network of well-maintained and mapped-out cycle paths. It’s also relatively flat – which is far from a given in this part of the Algarve. Bike and scooter hire is inexpensive, and electric bikes are particularly popular.

Vilamoura doesn’t have its own train station. The nearest is Loulé, some 5km away. However, the resort town is well-served by buses to Faro and beyond. Moving from home to market to beach to restaurant is something that’s easy to do in Portugal, with no need for a vehicle of your own.

When you want to head further afield, it’s easy to hire a car, and incredibly cheap to do so during off-season periods. Even if you’re a committed motorist, perhaps it’s worth asking yourself if you truly need a car. The environment and the bank balance could benefit if you decide against and choose one of these destinations as a place to live.