For anyone with a generous budget, Spain offers superb properties, not just on the coast but in its major cities. With Spain’s healthcare named this year as the best in Europe, we look at three options for those seeking an upmarket lifestyle. All three cities have excellent international schools and shopping facilities.

For people with a generous budget, Spain can offer superb properties, not just on the coast but in its major cities. With Spain’s healthcare named this year as the best in Europe, we look at three options for those seeking an upmarket lifestyle. All three cities have excellent international schools and shopping facilities. 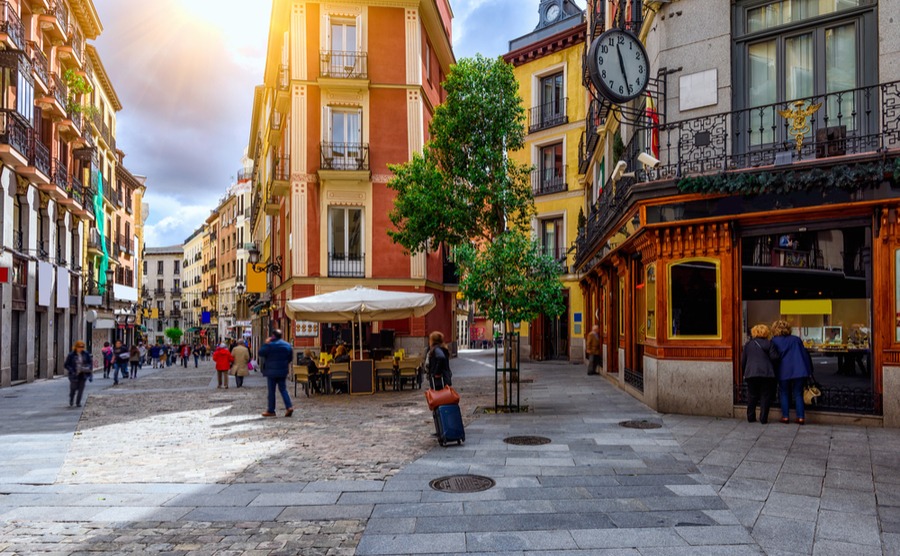 Spain’s capital is an elegant and exciting city with green spaces and wide boulevards and for those who enjoy culture, Madrid offers everything from fine art to late night jazz. As in the rest of Spain however, life here is rather laid back compared to other European capital cities which is why many people choose to work there.

Madrid has an excellent metro system linking Barajas Airport to the city and it is in fact the 8th longest metro in the world. In order to improve the air quality in the city there are several restrictions on cars entering the centre but with such good public transport most people don’t need their car to travel to work.

The capital offers some exclusive districts, mostly in the city centre, where stately apartment blocks overlook parks and important landmarks. Head for Palacio, Chamberí or Los Jeronimos which straddles the wonderful Retiro Park. Salamanca-Recoletos is probably the chicest address where the buildings have imposing facades and palacial foyers. The quietest is Chamberí which is located a little further from the centre than the other neighbourhoods. Property is these areas is expensive with €500,000 being the minimum required for an apartment.

Of course, many Real Madrid footballers choose to live in Madrid as do other celebrities, many such as Bruce Willis have invested in property in La Moraleja, a district out of the centre which boasts numerous gated communities and extensive villas with private gardens, swimming pools and tennis courts. 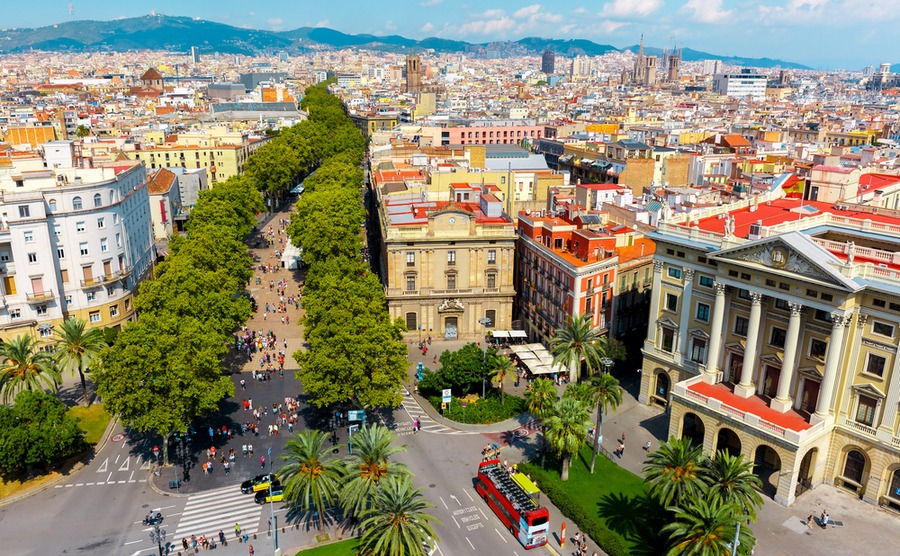 Spain’s other great city is Barcelona, capital of the autonomous region of Catalonia. Whereas Madrid is landlocked, Barcelona faces the Mediterranean and has Spain’s largest port. Being by the sea gives Barcelona an almost holiday-like feel for the residents but it is a serious city and very productive.

Barcelona offers a good work/life balance especially as it is just a short trip to the beaches. Barcelona hosted the Olympics in 1992 and its infrastructure was brought up to date for the event. Districts that were previously run down, emerged as the new places to be and now property prices in the city are higher than in Madrid.

Barcelona is definitely a Catalan city but is open to all comers from around the world. Historically, the port was an entry point for other nationalities and nowadays Barcelona continues to welcome foreigners who decide to settle there. It has its own culture and architecture with the extraordinary buildings designed by Antoni Gaudí one of the main attractions for the numerous tourists who visit the city each year.

Barcelona’s upmarket districts offer a wonderful way of life for those with adequate funds. Sarià-Sant Gervasi lies to the north west and was once a village. It still retains its village feel and remains a very attractive district and spotlessly clean with green spaces and good shopping facilities. The metro runs from here to the centre and there are buses as well.

Les Corts is another expensive area. With the smallest population of Barcelona’s districts, it includes the Camp Nou football ground, home of F.C. Barcelona. Popular with families because it is  comparatively quiet without a noisy nightlife, Les Corts is mainly residential.

Eixample is the district of stunning modernist architecture and one of the most expensive. It is known for its exciting nightlife too with easy access to the city centre by metro. It has a reputation for some of the best restaurants in Spain and has been boosted recently by spectacular foreign investment. A duplex with 2 bedrooms is available for 500,500€.

Pedralbes is where many famous people live including Shakira, and is where Spain’s royal family had their former residence. The land of penthouses and vast mansions, this area is sought after by sportsmen such as David Villa due to it being close to Camp Nou. 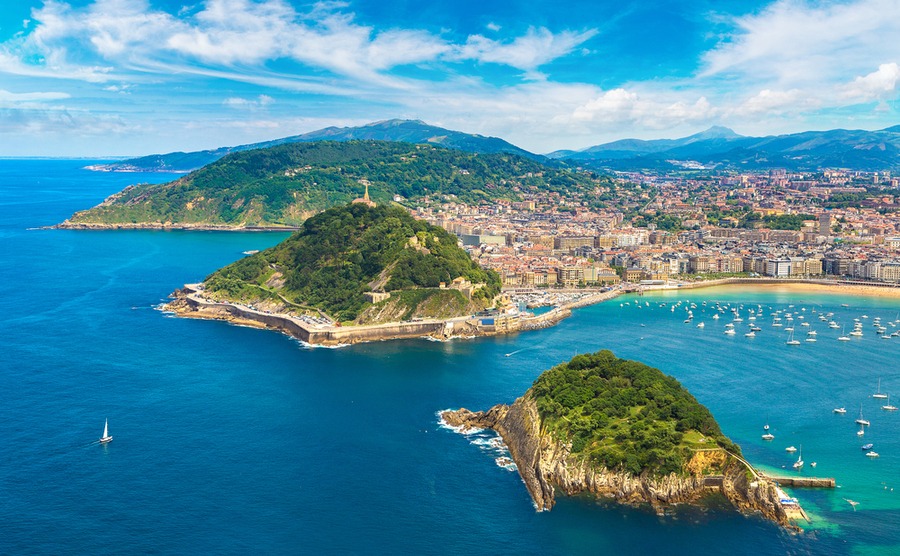 At the other end of Spain is the city of San Sebastian in the autonomous region of the Basque Country, known as Donostia in the local language, euskera. Surprisingly, it is the most expensive city in Spain in which to live, above both Madrid and Barcelona. Salaries are higher here than elsewhere but so is the cost of living.

Known as the Pearl of the Cantabrian Sea, San Sebastian it has a very good infrastructure with easy access by road and train and 2 international airports within an hour, Bilbao and Biarritz (France).  With a population of 185,00 it is not a huge city and therefore easy to negotiate on foot or by bike, with striking buildings of the Belle Epoque.  It is also the centre of event hosting in Spain with an excellent professional teams ready to take on any event from business to leisure.

San Sebastian is an exclusive city which hosts numerous important festivals. It is also a gastronomic mecca for many with 5 Michelin Star restaurants and many more a short distance away and many famous pintxos bars which everyone can enjoy.  With Bilbao less than 60 minutes’ away, there is easy access to ferries, the Guggenheim museum and other cultural activities.

One of the most expensive streets is the Paseo de Miraconcha on the seafront, with views of the beautiful horseshoe bay of La Concha. Recent reports show that San Sebastian is the most expensive place in which to buy property in Spain. Locals perceive the city as a safe place for investment and so it suffered much less than other places during Spain’s financial crisis. Hernani Street is also an upmarket street with wonderful properties costing 12,700€ per sq. m, together with Zubieta street costing marginally less.

San Sebastian is host to a major international film festival and is frequented by many famous people from the silver screen, not only during the festival itself but throughout the year.