Nice and easki! Ski resorts a two-hour flight from London

If there’s any compensation for the return of a British winter it’s the promise of a ski holiday just a two-hour flight away. And when you own a home in a ski resort you can forget all the hassle of packing for a Ryanair overhead locker or waiting for ski hire when you’re there. The rental returns are pretty cool too! So where are the best ski resorts that you can reach easily from the City?

Ski homes are not just about the fun. As an investment, buyers are looking increasingly at four-season appeal, and mountain homes score highly here too. While a seaside property might only be busy from Easter to September, mountain homes keep on giving all year, with hiking, golf and all manner of adventure sports. Or you can just enjoy the view!

Our nearest mountains are just a 90 minute flight away, easier to escape to than the Cotswolds. But which combine the best and most reliable snow with exciting après ski and the most appealing quality of life? Here are Distinction by Property Guides’ suggestions. 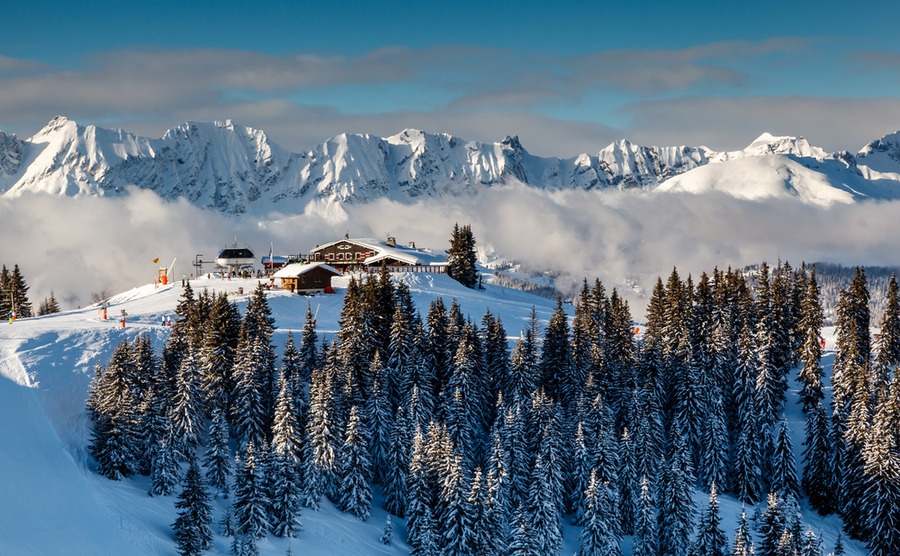 When it comes to upmarket resorts in France you’re spoiled for choice. But since you’ll get a little less for your money, at least getting there should be super-easy. In which case Megève will be your best option. The flight to Geneva is just 90 minutes and the drive to Megève less than an hour, so you can leave London after work and be in one of Megève’s eight (eight!) Michelin-starred restaurants for dinner. For a bit of variety, travel to Megève by train via Paris on the TGV, with first class fares at around €200.

Megève’s high-end credentials come courtesy of the Rothschilds, who built it as an alternative to St Moritz over a century ago. The French and Monegasque aristocracy flocked to it, and being able to see Mont Blanc certainly helps it feel rather grand. It’s also a good summer destination too, with paragliding, climbing and even some good golf courses.

And the skiing? Superb.

For the best, large chalets you’ll need in the upper reaches of seven figures, but for a good apartment, €700,000-plus. 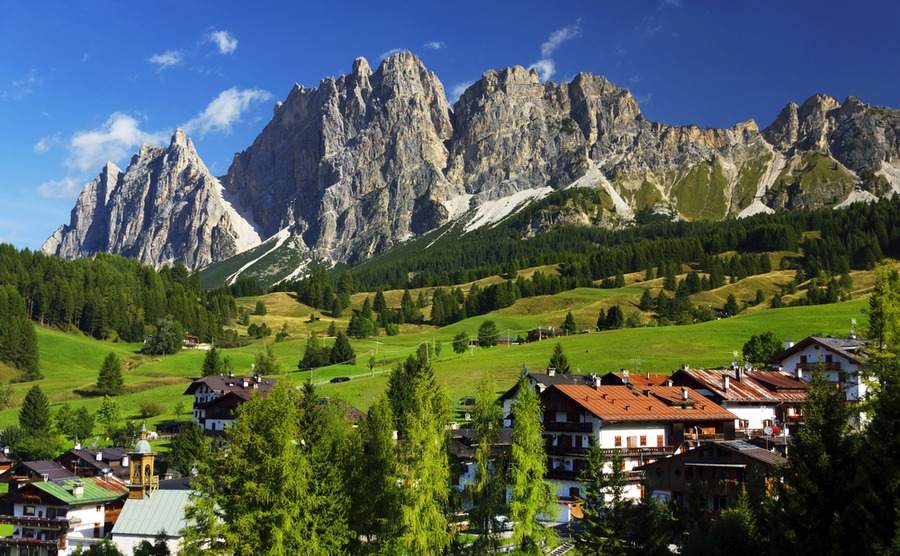 The vistas across the Dolomites on all sides of Cortina d’Ampezzo make it the most beautiful of our resorts. The locals are worth a second glance too, with stylish Italians out for an evening stroll and glass or wine, or shopping in the smart boutiques of the Corso Italia. Yes, there’s skiing to be done too, if you insist, but if one of the family really isn’t interested, this is a resort with plenty else to do.

Cortina d’Ampezzo is possibly the most beautiful of our resorts, with vistas across the Dolomites on all sides

To reach the slopes you’ll usually need to slum it on a bus or taxi, and the choice of runs isn’t a patch on some of our closer resorts. But, but, but, the plus side of all this is that the slopes are relatively quiet, with no queues, and it’s great for beginners.

Apartments begin at around €750,000 and chalets at double that.

Getting to Cortina you have a choice of Bolzano (BA, Ryanair), Innsbruck (British Airways, Ryanair, EasyJet) and Venice. The latter will only be under two hours if the wind is in the right direction, but once you’re here there’s a good train service up to the mountains. 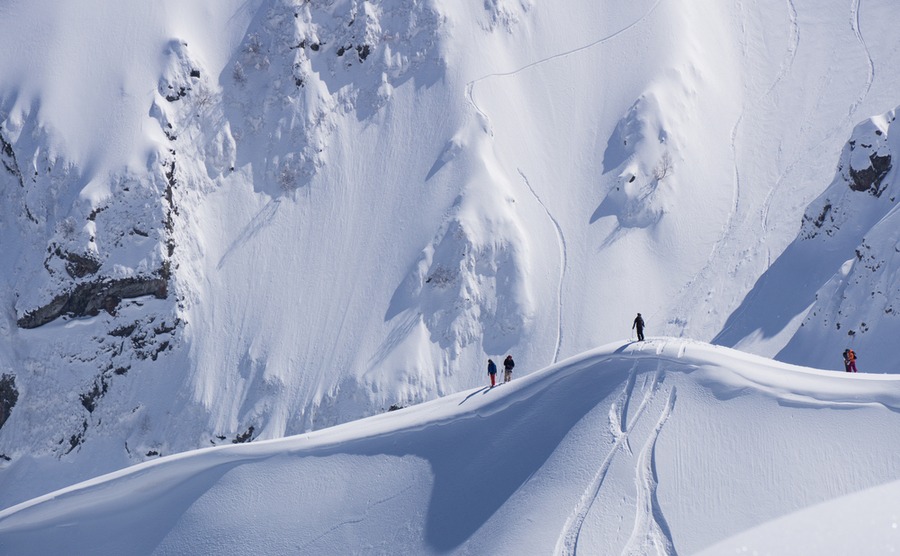 The Pyrenees offers good scope for heliskiing and off-piste

Beloved by its fans, who loudly proclaim it the best ski resort in the world, if you ever wondered what King Juan Carlos is doing in retirement, you might bump into him on the slopes of Baqueira-Beret. The King owns a holiday home here. Baqueira Beret is in Val d’Aran, the farthest corner of Catalonia in the central Pyrenees. It gets better snow that many an Alpine resort and at a fraction of the price. It’s noted for its heli-skiing and off-piste options, but has just enough groomed runs (150km) covering a good range of abilities and reaching to over 2,500m.

In the furthest south of our resorts, a budget anywhere north of €1million will get you a pretty decent detached house.

The downside? Well, it’s remote. The flight into Toulouse (British Airways, Ryanair, EasyJet) will be easy enough, in little over 90 minutes, but the transfer is over two hours. Another option is Ryanair from Stansted to Lourdes, then a quicker transfer. 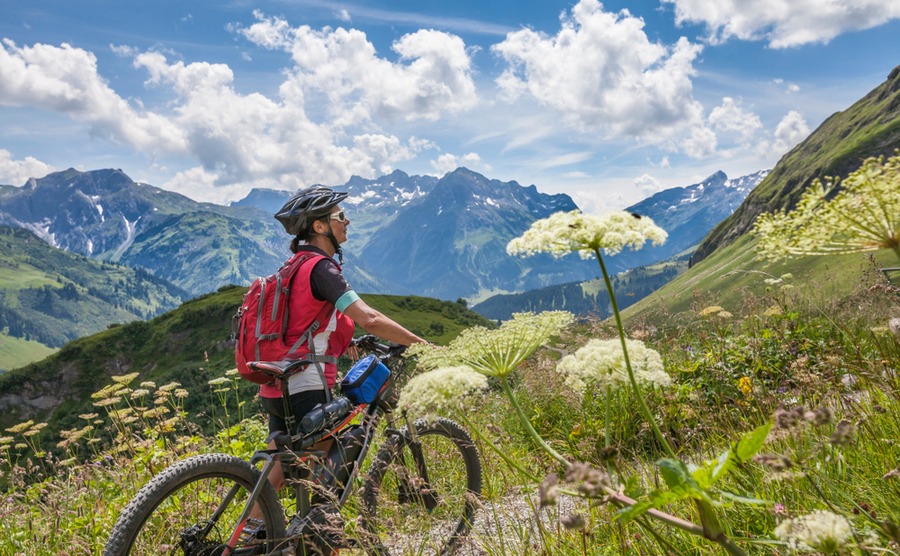 Four season appeal in Lech (and with an e-bike the slopes are manageable too!)

Lech, often marketed as Lech-Zürs, is the home of chocolate-box chalets and Germanic efficiency, high in the Arlberg Mountains. With over 300km of pistes, plus some pretty sensational off-piste action too around the Trittkopf Mountain, a home here will offer something for all abilities.  If you haven’t been here for a while you’ll appreciate the improved connection to St Anton via the Flexenbahn lift station, but the resort itself has excellent aprés-ski,

You’ll need at least €750,000 for a good ski-in-ski-out one-bedroom apartment and maybe €4million for a chalet in Lech, as building has been kept to a minimum

The nearest airport less than two hours from London is Innsbruck (British Airways, Ryanair, EasyJet) with plentiful trains and taxis from there to St Anton in another hour.