Which Irish city would suit you?

When you move to Ireland or buy Irish property, it’s important to select your ideal location based upon your intentions for the move or purchase. Are you moving for job opportunities, or for accessibility to nature? To raise a family? To set you off on the right track for your move to Ireland, today we’re revealing the best cities for each demographic…

What would you prefer to have at the end of your street – several banging nightclubs, or a decent secondary school? While Ireland is home to a whole host of enticing cities, not all of them will be spot on for your specific needs. For example, some Irish cities may be best suited to young professionals who want to work hard all day and party all night, and others offer the more peaceful environment sought out by retirees. Here’s our list of the top Irish cities.

Located on the banks of the River Corrib, Galway is one of Ireland’s most lively cities, offering young professionals exciting job opportunities, nightlife options, affordable cost of living and easy access to the countryside. Also, Galway is a short distance from the Atlantic Ocean, the Aran Islands, Connemara National Park and Lough Corrib. The city enjoys a flourishing tech scene due to many international companies opting for the west of Ireland, over Dublin. Currently, several impressive employers are hiring, and Apple are set to open a new data centre in Athenry, a town 30 minutes’ drive from Galway City, within the next couple of years. Outside of tech, PwC, EY and Fidelity Investments are big employers. Galway is also an attractive prospect for freelancers, offering fast WiFi and excellent places to work from. 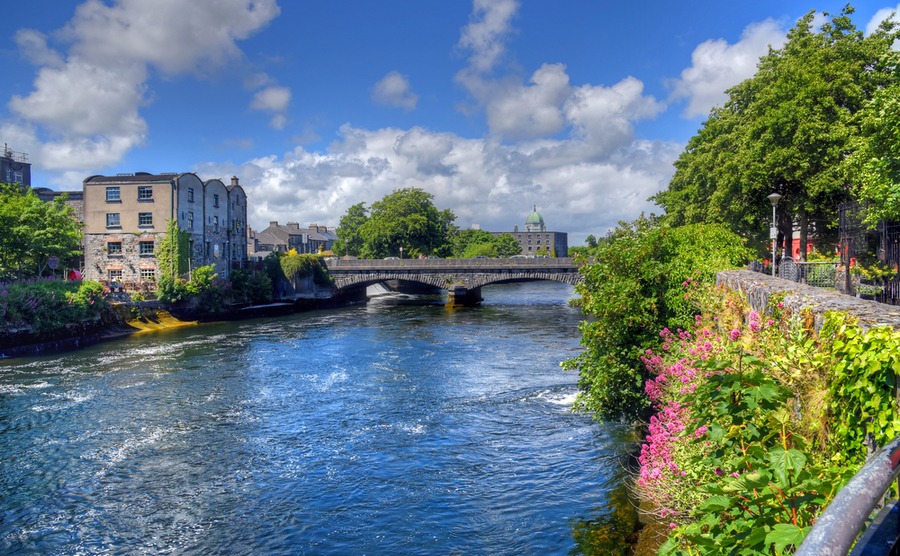 Dublin isn’t the only tech powerhouse in Ireland – Galway is home to a number of impressive firms, including Apple.

Furthermore, Galway is an attractive prospect for young professionals due to its forward-thinking and welcoming population. Cost of living in Galway is markedly cheaper than Dublin, rent prices for example (typically the biggest outlay for young professionals) are 40 percent lower than in the capital. The average monthly salary is €3,732, leaving plenty of disposable income available for enjoying the city’s infamous nightlife and independent shops. Just a couple of weeks ago, Lonely Planet ranked Galway one of the Best Cities in the World. Another significant bonus of Galway for single young professionals looking for love, is that it was just found to have the highest percentage of single people (53.3 percent) in all of Ireland.

We can put you in contact with an Independent Financial Advisor, who can give you professional, impartial advice on your budget.

According to Daft.ie’s Q3 property prices report, the average cost of property in Galway City is €296,610. The average rental cost of a one-bedroom apartment in Galway city centre is €1,007 per month, or for a three-bed, €1,745.

Waterford is a beautiful city, with plenty of wonderful, educational day trips just a short distance away, making it perfect for keeping your family entertained. Waterford has miles of scenic coastline perfect for family hikes and picnics, and Tramore, one of Ireland’s best loved beach towns, is just 15-minutes’ drive from town. Also, there is a 46km Greenway close to the city perfect for outdoor pursuits. The schools in the city are very highly regarded. There are also a great variety of sports teams, including hurling and Gaelic football teams, for you and your family to get involved with. Waterford is also based in Ireland’s ‘Sunny South East’ – which means that it benefits from the warmest, driest temperatures in the country, and the most sunshine hours. When considering advantageous locations for families, it’s important to consider employment opportunities too. While Waterford suffered during the economic crash, it has been gradually rebuilding itself and things are going from strength to strength. Primarily, there are job opportunities to be found in pharmaceuticals and engineering. 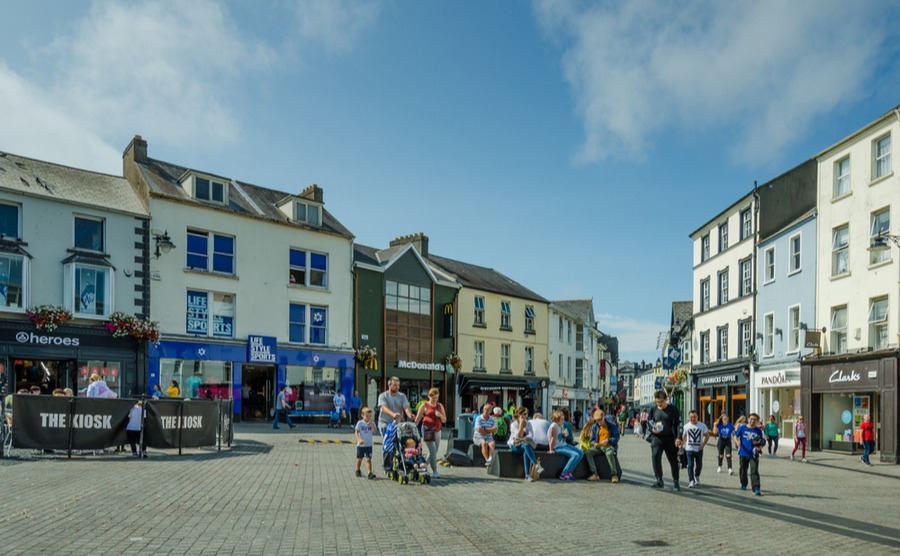 Waterford City is one of the best places to raise a family in Ireland. lembi / shutterstock.com

Planning viewing trip soon? Your free Viewing Trip Guide covers everything you need to know and look out for.

If you’re looking to snap up property in a city with a high tourist footfall, after Dublin, Cork is your best bet. Named a European Capital of Culture back in 2005 and listed as the 17th Friendliest City in the World just recently, the ‘rebel city’ is a lively and compact riverside spot known for hosting great annual cultural events that attract visitors from across the globe, including Cork Jazz Festival and Cork Film Festival. While it only has a relatively small population of around 120,000, Cork City has the dining and nightlife options you’d expect to see in a much larger metropolis. Also, Cork is located on Ireland’s south-west coast, within easy day trip distance from some of Ireland’s most-visited tourist attractions, including the Ring of Kerry, Kinsale, Blarney Castle, the Copper Coast and the Dingle Peninsula. Another nickname for Cork City is the ‘real capital’ given the traditional Irish culture that keeps those tourists pouring in from Cork International Airport. 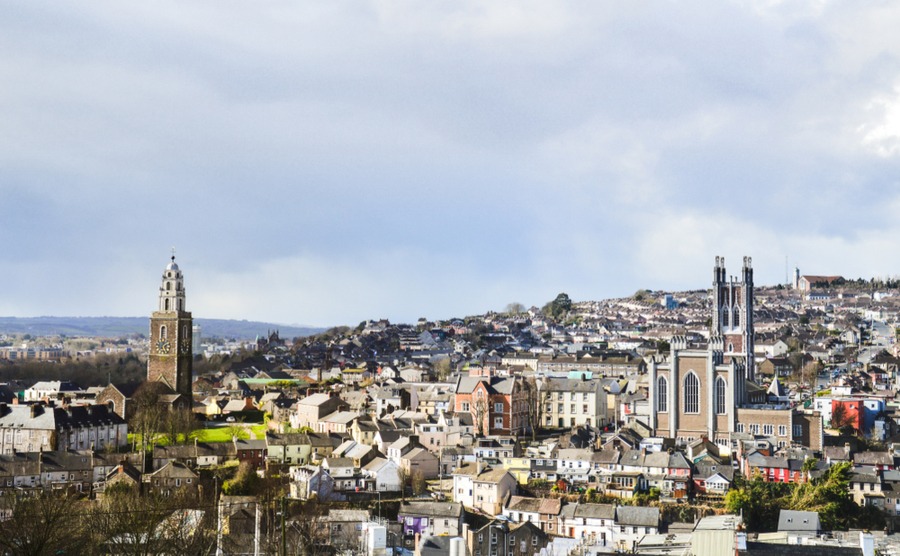 There is a decent amount of money to be made in Cork via holiday rentals. Back in 2018, the highest-earning Airbnb owner raked in over €60,000 (£51,640) over the course of just one year. In September, Tourism Ireland released their latest tourism statistics which revealed that tourism to the country has increased by 2.4 percent in the last year, buoyed most significantly by an influx of tourists from North America. Tourism Ireland have also launched a €12 million autumn campaign, designed to specifically entice tourists to the country during off-peak season. As one of the key-stops on any self-respecting tourist’s journey through Ireland, Cork City looks set to benefit from this tourist influx.

Split the cost – and double your purchasing power – by purchasing with family. Find out how in our Guide to Buying with Family.

Out of all of Ireland’s cities, Sligo is known for having a real community feel, particularly in pockets like Strandhill, Dromore West and Rosses Point. In addition to being affordable, the city really spoils residents in terms of opportunities to get outside and keep active, whether that’s with walks along its Atlantic Coast beaches, or on parts of the Wild Atlantic Way. Sligo is a lively city too, offering plenty of opportunities for socialising and making new friends at its restaurants, cafes and of course, pubs where live music is a nightly occurrence. There is always something going on in this friendly city as well – whether that’s Sligo Jazz Festival, Sligo Arts Festival or Sligo Festival of Baroque Music. 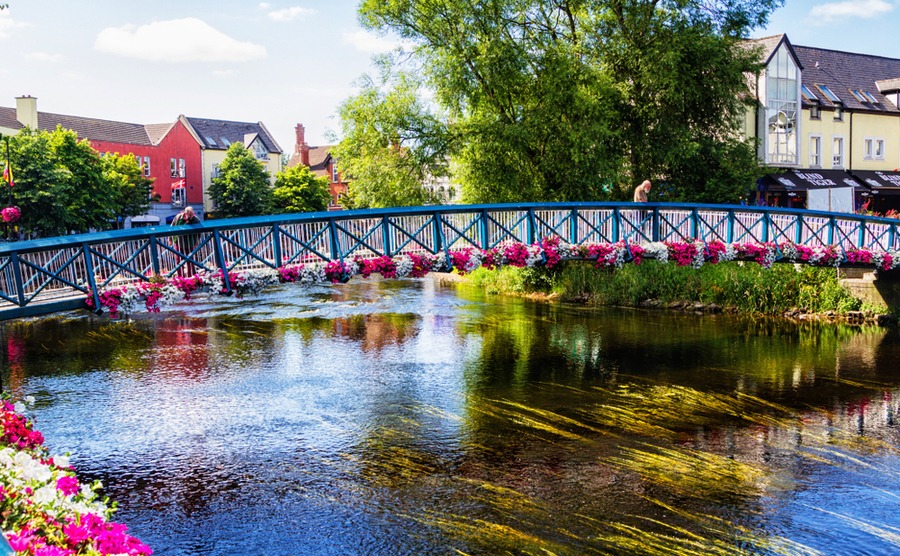 One significant perk of Sligo for retirees is how well connected it is to other parts of Ireland and to the UK, making it nice and simple to hop back, or to have people pay you a visit. It’s also close to many of Ireland’s highlights – Galway, Donegal, The Cliffs of Moher, and more, are all within easily-explorable distances. This is a city that really caters to and respects its older generation. You will be able to find many a social club where you can meet fellow retirees. For example, Sligo Libraries run a great programme of workshops for you to get your teeth into, including book clubs, craft classes and writing groups. Sligo even hosts the annual Bealtine Festival, which specifically celebrates arts and creativity as we age.

Currently, the average cost of property in Sligo is just €144,894, making it the fourth cheapest place to buy property in the whole country, and a whopping €112,220 cheaper than the Irish national average. That should leave you plenty of room to enjoy that hard-earned nest egg! Should you be in the market to rent, expect to pay around €1,000 per month for a three-bed in the heart of the city – almost 60 percent less than what you would pay in Dublin.

Get in touch with a trusted solicitor from our recommended Irish legal firm.

If you’re single and looking for a new location in which to spread your wings, listen up – Limerick has just been voted the 10th best city in the world for single people. The list was compiled based on highest usage of dating apps, the percentage population of single people per capita, dating research date and the quality of the dating scene. Also, Limerick is known as the sporting capital of Ireland, due to its many sporting teams and legions of passionate fans. 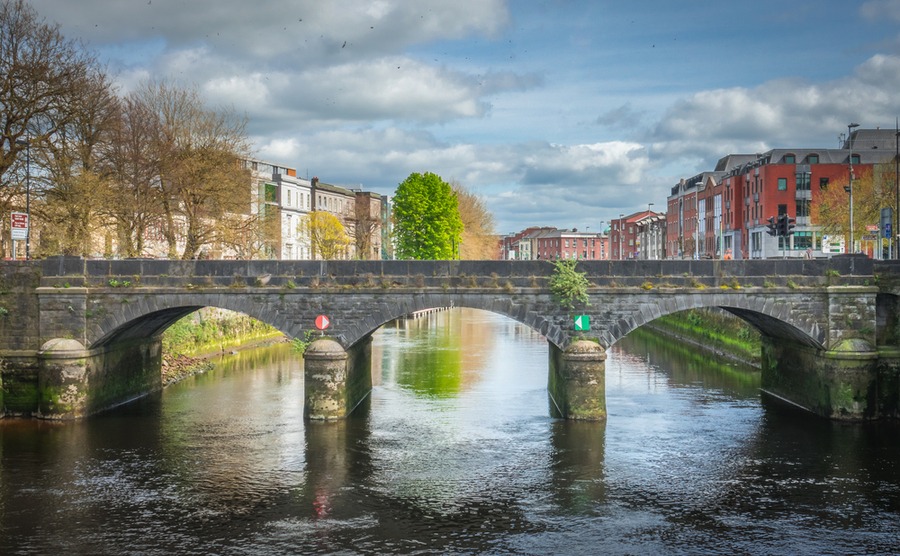 If you’re single, head to Limerick!

The city is also a superb spot for arts and culture, and the array of festivals held here every year includes Limerick Fringe Festival, Light Moves Festival, the Richard Harris International Film Festival, and their St Patrick’s Day Parade is the biggest in the country. Additionally, the city has a growing foodie scene, perfect for all those dates you’ll be going on with all those sportsmen!

The average cost of property in Limerick City is €201,865 – over €55,000 less than the Irish average of €257,114, which could come in handy if you are looking to buy Irish property without the help of a partner. In terms of rent, prices in Limerick are 50 percent less than in Dublin. For a one-bed apartment in the centre of Limerick, expect to pay €860 per month.

Learn what questions to ask and how to avoid the legal pitfalls in our Emigration Guide.