What sport can I get into when I move to Ireland?

There’s no need to be a couch potato in Ireland. The country loves sport so much it has invented a few of its own. So what will it be for you, Gaelic football, hurling or a leisurely round of golf?

Ireland is a nation of passionate sports lovers who fiercely support their country and favourite teams. Attending sporting events in Ireland is great fun, as is getting together to watch it in pubs or at friends’ houses. Sport isn’t just a great way to make new friends, it will get you fit too. But which will you choose?

Gaelic football is the most popular sport in all of Ireland, which is played from day one of school. It’s an amateur sport, although the players do manage to eke a nice living out of it through sponsorship and so on. The major national competitions are the All-Ireland Senior Football Championship and the National Football League. Each of Ireland’s four provinces has a separate competition, and Kerry are the country’s most successful team. Much like in the UK, there are a number of huge rivalries that you should probably be aware of – Cork vs. Kerry, Mayo vs. Galway, and Dublin vs. Meath.

“Gaelic football is the most popular sport in all of Ireland, which is played from day one of school.”

Like Gaelic football, hurling is a sport native to Ireland. As it’s hugely popular, you might like to watch a couple of matches online or have a quick scan of the rules so that you can at least pretend you know what’s going on when you watch your first couple of games.

Hurling is organised by the Gaelic Athletic Association, and is very well attended. If you’re not convinced, perhaps hearing that it’s the “fastest field sport in the world” will get you more in the mood.

The game it’s most similar to is perhaps hockey, but the ball is usually played in the air, rather than on the ground. The major competitions to follow are the National Hurling League and the All-Ireland Senior Hurling Championship. 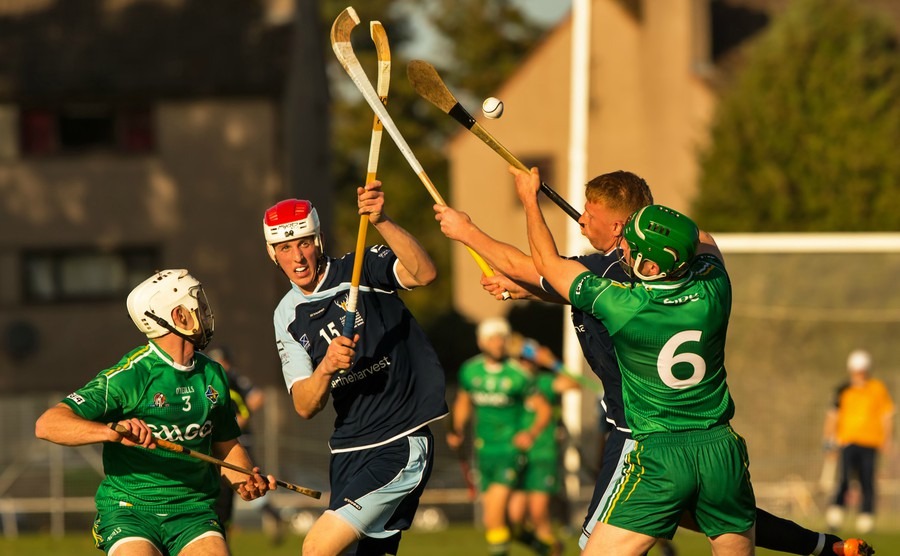 Best clue yourself up on the rules of hurling – it’s a big thing in Ireland. (JASPERIMAGE / Shutterstock.com)

Due to the sport’s popularity, which has grown year on year and continues to do so, schools have started to teach rugby early on in their education, thus improving the player base in the country.

If you’re already a fan of rugby then you’ll know how popular it is in Ireland. It will seem like the whole country has come to a standstill when the national team plays.

It’s played across Ireland at all levels, but is especially popular in cities and urban areas like Cork, Limerick, and Dublin. The major provincial teams Munster and Leinster have had considerable success in rugby’s equivalent of the European Champions League in recent years.

Due to the sport’s popularity, which has grown year on year and continues to do so, schools have started to teach rugby early on in their education, thus improving the player base in the country.

Whether you play or spectate, golf fans will be entertained in Ireland. There are over 300 clubs dotted across the Republic, and you’ll often find key competitions (domestic and international) are televised. If you play, you may want to secure a round on one of the country’s most famous golf courses, including the K Club, Portmarnock, and Ballybunion.

If you like donning the lycra and hitting the open road, Ireland is a fantastic place to pursue that interest. Top cyclist and Team Sky rider Nicholas Roche has helped popularise the professional sport and there are clubs throughout the country to join, and a host of competitions taking place every weekend. The Irish landscape also lends itself to the sport of mountain biking, which has been growing in popularity over recent years.

Whether you just fancy exploring the wilderness surrounding your new Irish home, or you want to get involved in something more structured, like orienteering, there are fantastic opportunities in Ireland to be in the great outdoors enjoying the country’s natural charms. Look out for Ireland’s network of National Waymarked Trails that highlight the best of its countryside, including the 600 kilometre trail from Cork to Dublin.

To chat through your options for securing citizenship or for more information about moving to Ireland, contact our Resource Team on 020 7898 0549.