The Irish property market has been a tale of two halves for some time now, with prices in Dublin shooting up during the tech boom, while the rest of the country saw more measured growth. Now, however, the two seem to be coming into step, with slow but steady growth reported nationwide. Could this be the perfect time for overseas buyers?

According to the latest data released by the Irish Central Statistics Office (CSO) in June, property price inflation in Ireland is slow but steady. In the last year, the cost of Irish property has only increased by 2 percent, which amounts to a €9,000 (£8,130) increase in the cost of Irish property over the last year. This is the lowest rate of annual inflation seen in Ireland in six years.

In Dublin, property prices increased by just 0.1 percent in the last year. House prices in the capital didn’t go up or down, but the cost of apartments in the city rose by 0.1 percent. The biggest increase in prices within Dublin was seen in South Dublin, where prices increased by 3.6 percent. Despite prices pretty much flatlining, Dublin is still the most expensive corner of the country for anyone wanting to buy property in Ireland. According to the latest stats from Daft.ie, Ireland’s number one property website, the priciest part of the country is South County Dublin where the average property costs €600,000. South Dublin City comes in second with an average price of €416,000 and North Dublin City takes the third spot with an average cost of €349,000. The most expensive region in Ireland outside of Dublin is County Wicklow, with an average cost of €344,000. Outside of the Dublin commuter belt, Cork is the next most expensive place to buy with prices averaging €265,162. 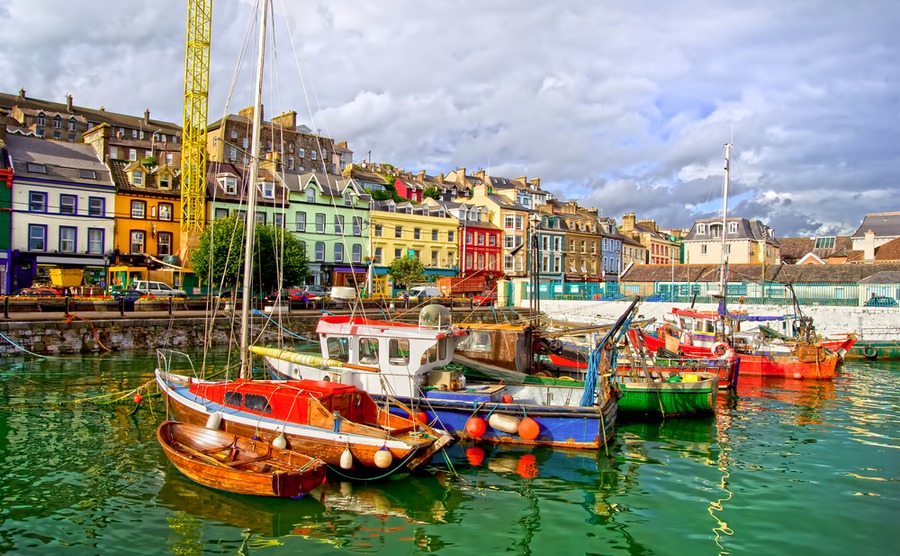 Beyond the capital, property prices are up by 3.9 percent on where they were in June 2018. The region that saw the biggest increase in property prices was the Border region, which includes the counties of Donegal, Sligo, Cavan, Leitrim and Monaghan, where property prices were up by 14.7 percent. Just because this area has seen the biggest increase, doesn’t mean there aren’t still bargains to be snapped up. Leitrim is the cheapest location in the country, where the average cost of property is just €137,000. Longford is the second cheapest, with an average price of €142,000, followed by Sligo €146,000 and Roscommon €147,000.

Prices in Ireland are good for buyers but the pound is quite volatile – so make sure you don’t get caught out by changing exchange rates. The Property Buyer’s Guide to Currency, written by our partner Smart Currency Exchange, explains how to buy safely in Ireland if you’re transferring from pounds to euros.

One factor attributed with taking the sting out of the Irish property market is the increased amount of available housing stock. This quarter marked the 13th in a row where more stock was added to the market. In 2018, 18,072 properties were completed and put up for sale – amounting to a 25 percent increase in all housing stock. Similar figures are expected in 2019, which can only mean good things for property prices.

Commenting on the figures, a spokesperson from KBC, one of Ireland’s leading banks, stated “A steady and sustained increase in supply has undoubtedly contributed to slower Irish property price inflation of late both by increasing accessibility directly and lessening ‘panic buying.” However, the spokesperson was quick to stress that increased supply was not the only factor responsible for the price slowdown. Mortgage-lending restrictions are thought to be having an effect, as is the fact that rental inflation is down – meaning people aren’t quite as desperate to exit the rental market.

Leitrim is the cheapest location in the country, where the average cost of property is just €137,000

Of the new homes on the Irish property market, the majority have been three-bed, single family detached houses – of which there are already a lot in the country. In order to fully tackle the demand for homes, it seems that builders need to shift their focus to apartments and smaller properties which will meet the demand from this end of the market.

All in all, it is generally good news for property buyers – prices are not climbing as fast as they have in previous years, especially during the tech boom, and a slow but steady growth should provide a good but not unsustainable return if you sell in the future.