Nestled in its south west corner, Cork is Ireland’s largest county and is home to some of its most incredible scenery, as well as Cork City itself – widely regarded as the ‘real Irish capital’. Cork City is an exciting place to be, but today we’re venturing out of the city limits to reveal the surrounding area, investigating the best locations, climate and prices of property.

Cork’s natural credentials make it one of the most popular destinations in Ireland with tourists, which is good news if you’re considering buying property to use as a holiday rental, as you’re guaranteed tourist footfall. Its natural beauty has attracted many a British expat. In fact, West Cork – an area known for colourful coastal villages and beautiful countryside – is home to the largest concentration of Brits living in Ireland. Apparently, many moved here in the 1970s, thinking it a safe option in terms of nuclear fallout!

The towns and villages in West Cork are the stuff of postcards – brightly coloured cottages, overlooking the water and narrow cobbled streets leading to pubs with live music spilling from the windows.

Alternatively, those moving to Ireland with families might be more drawn to East Cork, which is closer to the city and its jobs, and is packed full of amenities, quality schools, historic towns and lovely beaches. 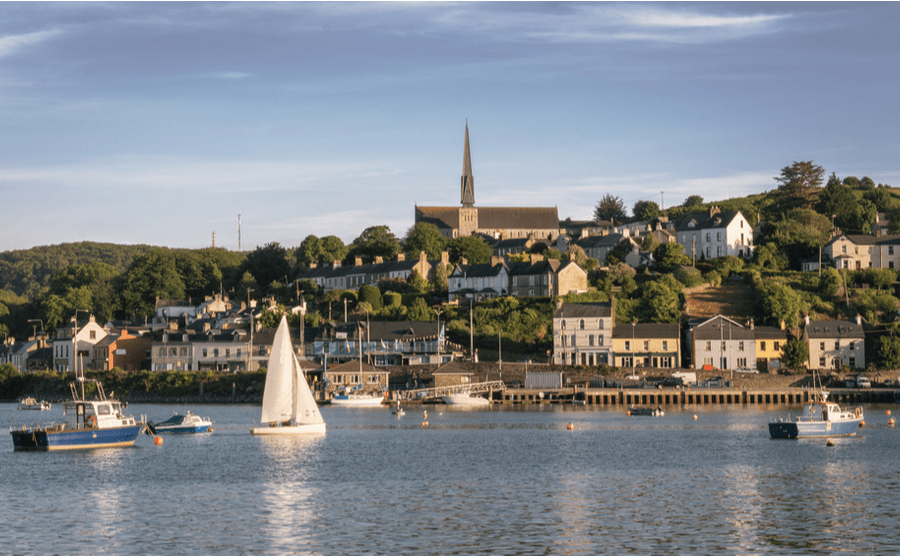 The seaside town of Crosshaven in County Cork.

County Cork is a popular spot with holiday home owners and retirees, but if you plan to work when you move to Ireland there are some big employers in the area, including GlaxoSmithKline, Pfizer, Apple, Siemens and McAfee. A pre-Covid study conducted by Vodafone Ireland found that 43,000 people commute into Cork City for work each day from the county’s various towns and villages, so it is doable.

Additionally, the shipping industry is a big employer as Cork has one of the largest natural harbours in the world. Farming is also big business, particularly dairy farming and should you work in education, Cork is a university town, home to more than 35,000 students working hard at University College Cork and Cork Institute of Technology.

Given Ireland is such a small island, its climate is largely the same in all corners – mild, but partial to change in the blink of an eye. Cork receives around 1,420 hours of sunshine each year – that’s 298 days of the sun showing its face, even briefly! However, due to County Cork’s proximity to the sea, things can get very wet, and flooding has been known to hit some parts of the county. Before buying a property in County Cork, always check whether the property is at risk.

How is the property market performing?

How much would a home in Co. Cork cost you in your own currency? Get a free, no-obligation quote from Smart Currency Exchange today.

The best locations around County Cork 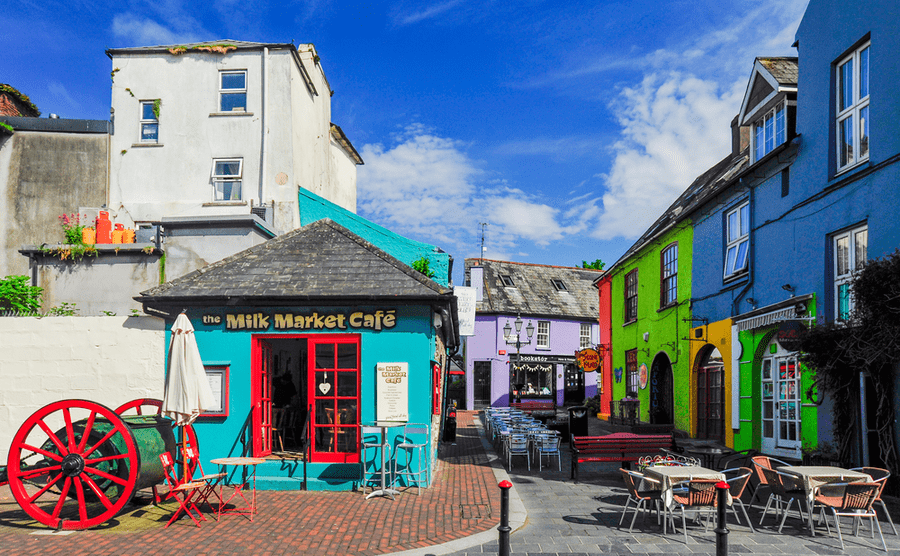 If you’ve had your eye on County Cork for a while, no doubt you have stumbled across the beautiful fishing village of Kinsale. Known for its multi-coloured properties, waterfront location and incredible seafood. Kinsale is also located at the southern starting point of the Wild Atlantic Way – which is another draw for the tourists.

The village is home to great galleries and restaurants, many of which offer harbour views. If you’re partial to 18-holes, the Old Head Golf Links is a seriously stunning place to play. The course is located on top of the cliffs of a peninsula, meaning you may lose a few balls to the Atlantic Ocean! If you’re dreaming of life in a buzzing seaside village, Kinsale could steal your heart.

Property prices start from around €180,000, but soon shoot up if you’re after a view of the water. According to the GeoDirectory Residential Buildings Report Q4 2021, KInsale is the most expensive postcode in County Cork, averaging €426,000.

Baltimore is another lively seaside spot which is the gateway to the islands of Cape Clear and Sherkin. The town and its surrounds are popular with tourists who enjoy fishing, birdwatching, and uncrowded Blue Flag beaches. From Baltimore, you can catch a ferry to Roaring Water Bay, which is famous for its oysters. 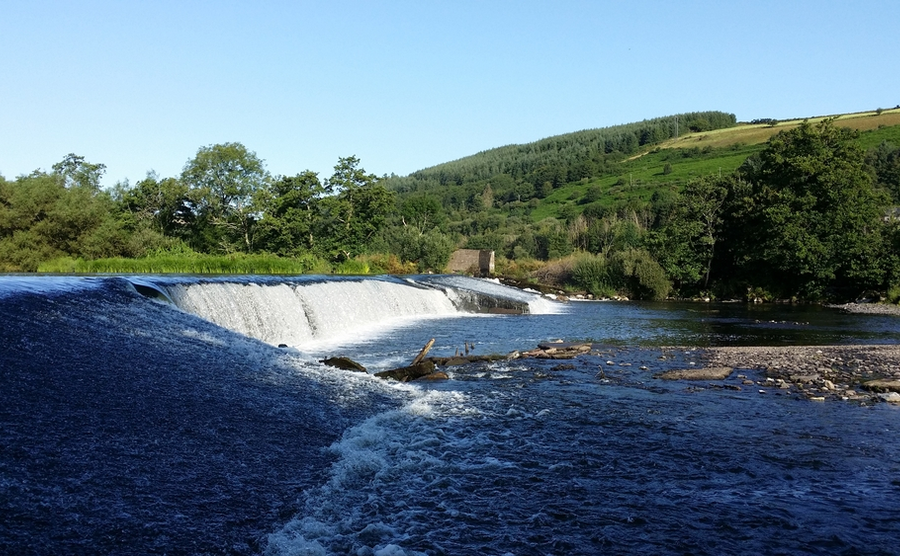 The countryside and River Lee, around Ballincollig

Okay, not so much a village; Ballincollig is the largest town in County Cork with a population of around 18,000 people. Its location just nine kilometres west of Cork ensures an easy commute, but also grants access to the rugged delights of coastal Cork. It’s set on the River Lee, and the average price is just over €350,000 – the second-priciest postcode in Cork.

At the other end of the price range, the average home in Bantry sells for just €204,000. Bantry is a great town located on Bantry Bay – one of the country’s longest inlets. This is another quaint spot, full of dream cottages, cosy pubs and market squares. In fact, Bantry’s weekly food market is described as one of the ‘most vibrant markets in West Cork’. In Bantry, you can find four-bedroom detached houses from around €300,000. 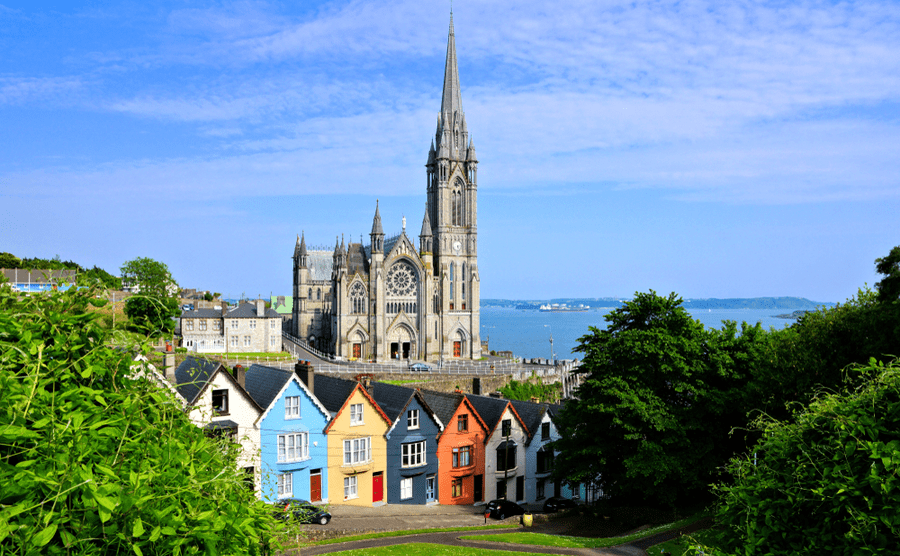 The famous seaside town of Cobh.

Maybe Cobh rings a bell, given it was the last stop of the Titanic before it set sail for New York. The town, which was developed as a Victorian spa retreat in the mid-19th century, remains Ireland’s most important port for Trans-Atlantic travel.

It’s a pretty seaside spot, ideal for those like the hustle and bustle of a busy village, with gorgeous nature and the sea as a backdrop. Also, this is a popular choice with holidaymakers, which is good news for those short-term rentals. Cobh is a 30-minute drive from Cork City and you can snap up a three-bed bungalow here from €320,000, with the average price being mid-range for the county at €260,000..

This pretty seaside resort, 44 minutes east of Cork, has an average home price of just €226,000, yet it is home to historical buildings and monuments, and is close to some of East Cork’s best beaches, as well as those of the ‘sunny south east’. 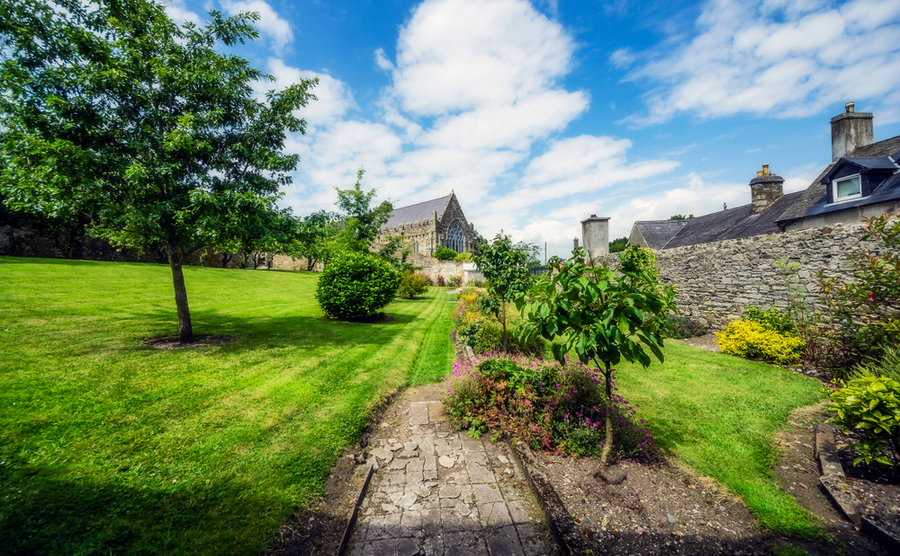 History lovers will delight in being based in this corner of the country known as Ireland’s Ancient East, due to its maritime heritage. Youghal dates back to medieval times. St Mary’s Church and Garden is one of Ireland’s oldest Christian sights, and people have been worshipping at the church since the 13th century. Four-bedroom detached properties here start from €285,000.