Why you will love retiring to Ireland

Its rich culture, diverse landscapes and easy-going way of life, make Ireland an inviting place to spend your retirement. There’s always something to do or somewhere to visit, with a good ‘craic’ around every corner! Here’s a taster of fun ways to fill your golden years and really get under the skin of what life is about in the Emerald Isle… 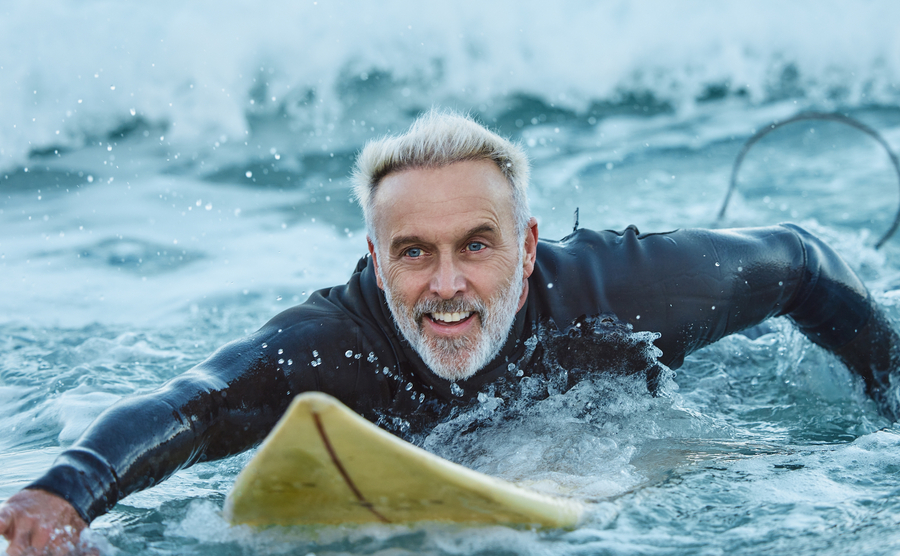 How do you see yourself spending your retirement? 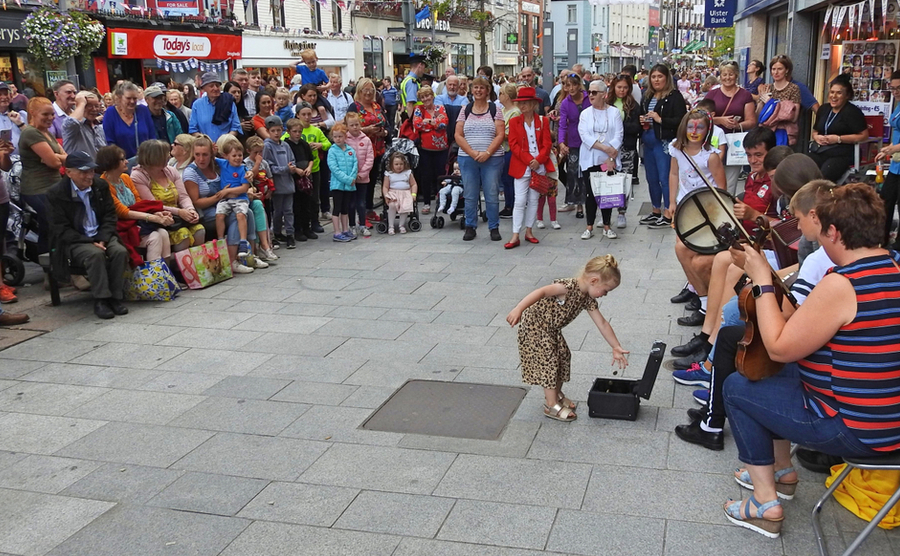 Ireland’s live music scene forms a major part of the nation’s culture and is legendary around the globe. As a resident, you could experience it as often as you liked, whether soaking it up in your local pub, travelling to the many festivals held each year or even taking part in a local group…

Unmissable for fans is the annual festival ‘Fleadh Cheoil’ or All-Ireland Fleadh, which draws around half a million people. A family-friendly week of cultural entertainment it features music competitions, hundreds of pub and street sessions, concerts, singing, dancing, busking, marching and céilí bands. Towns around Ireland bid to host it each year and this year Mullingar in Westmeath has the privilege for the second year running.
Dublin hosts its equally entertaining TradFest Temple Bar festival every year, 2023 being its 18th anniversary. The event reaches across Dublin city and beyond, showcasing the best of established and emerging trad and folk musicians. There are plenty of other smaller ones, which you’d find out about quickly enough. 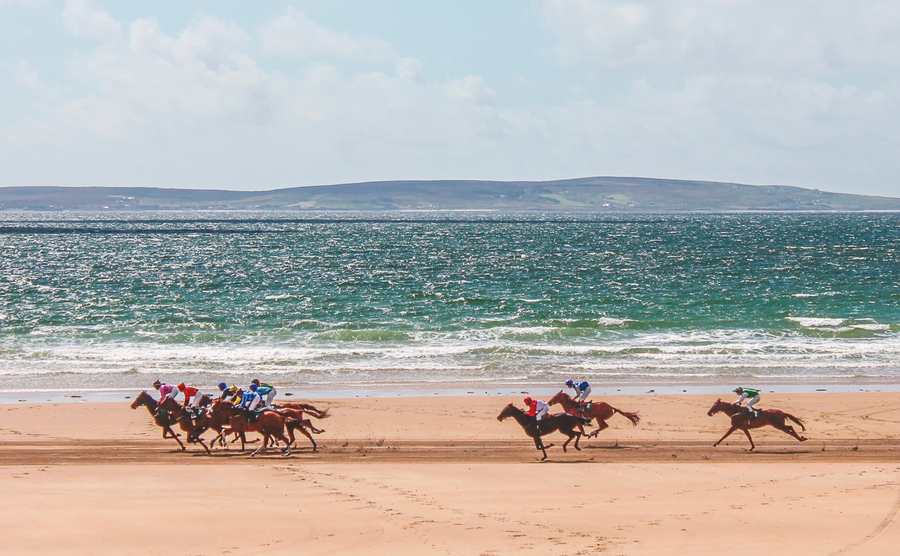 Ireland’s famous love of horses goes back centuries. Much like its music, it’s rooted deeply in the culture and the nation embraces just about everything equine-related. It helps that the terrain and climate are a perfect environment for keeping horses and riding them. But you don’t have to be in the saddle or have your own nag to have fun.

As Europe’s largest producer of Thoroughbred horses (fourth largest globally!), Ireland has a busy horse-racing scene. Internationally acclaimed festivals like Punchestown, Fairyhouse, the Irish Derby and Galway are obvious dates for your diary. But with 26 major courses across the country and more than 350 race meetings a year, you’ll have as much of a giggle at the smaller, more local races or one of the 100 point-to-points held annually.

For something extra thrilling, take yourself to one of the races held on a beach! Carrowniskey in County Mayo and the Laytown Races in County Meath are perhaps the most famous, the latter running since 1868.

Away from the racing, Ireland’s colourful horse fairs are an interesting day out, with social events and entertainment running alongside the traditional parades and trading. The biggest ones are at Ballinasloe in Galway and Spancilhill in Ennis (Clare).

Ireland is consistently considered one of the world’s top golfing destinations and won’t disappoint retirees who can’t wait to spend more time on the fairways. Excited to be hosting the prestigious Ryder Cup in 2027, the country is famous for being home to a third of the world’s links courses. But that’s not to say off the coast its rolling countryside is lacking in fantastic parkland courses. On the contrary, whichever county you’re in, you’re never far from a pristine fairway.

Many of the country’s 400-plus courses are located within historic country estates, where ancient manor houses or castles are now run as luxury hotels, complete with Spas and other world-class facilities. For those who want to be near a world-class championship course, Ireland’s big hitting golf venues include Adare Manor in Limerick, Mount Juliet Estate in Kilkenny, The K Club in Kildare, Druids Glen in Wicklow, Lahinch and Doonbeg in Clare, Ballybunion and Tralee in Kerry, Baltray in County Louth, and Portmarnock and Royal Dublin in Dublin.

While the Dublin area and southwest are home to a large share of its iconic courses, don’t discount Ireland’s west coast, also referred to as the Wild Atlantic Way. If you moved there, you’d have plenty of exciting seaside courses – many are remote but they’re half as expensive and you don’t need to call a year in advance to book a tee time! 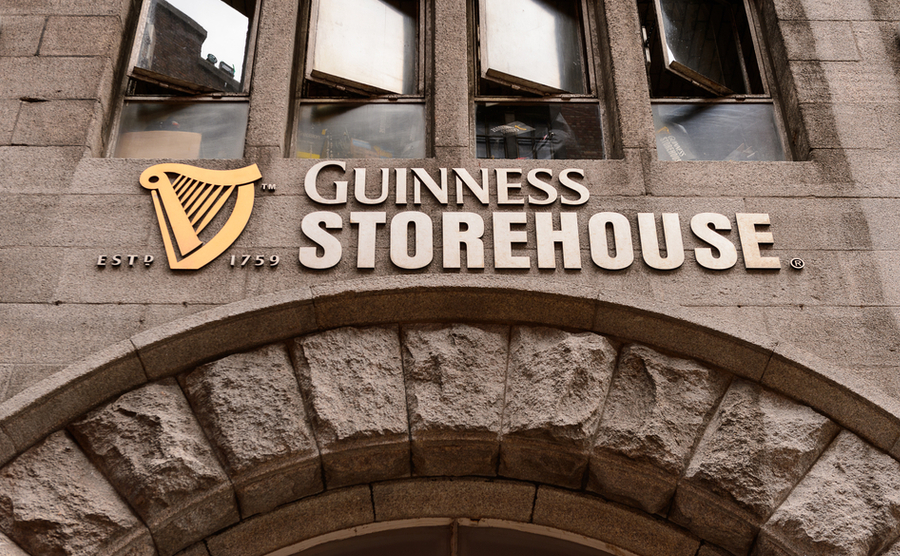 Move to Ireland for all the Guinness your heart desires.

The birthplace of whisky (or whiskey to purists!) and stout, Ireland’s other great carrot for expats are its pubs. Down to earth and friendly, the magic of Irish hostelries lies in their traditional feel and authenticity as much as what is served in them. Why not spice up your retirement in Ireland by including a weekly (or twice-weekly!) trip to your local pub or trying new ones in your area.

Take things a step further by getting to know the culture behind Ireland’s famous beverages. The whiskey scene has seen a massive resurgence in recent years and is now home to more than 40 registered distilleries, many now branching out into gin and vodka. Most offer tours and tasting experience, some of the more popular ones being Stillgarden and Roe & Co both in Dublin, Rebel City and Clonakilty both in Cork, Listoke Distillery in Louth, Powerscourt in Wicklow, Sliabh Liag in Donegal and Micil Distillery in Galway.

Meanwhile, the home of Guinness in Dublin has been named the world’s best tour experience for beer lovers. The Guinness Storehouse, one of Ireland’s top visitor attractions, has scooped another prestigious award having been voted the World’s Leading Beer Tour Visitor Experience 2022 at the World Travel Awards. 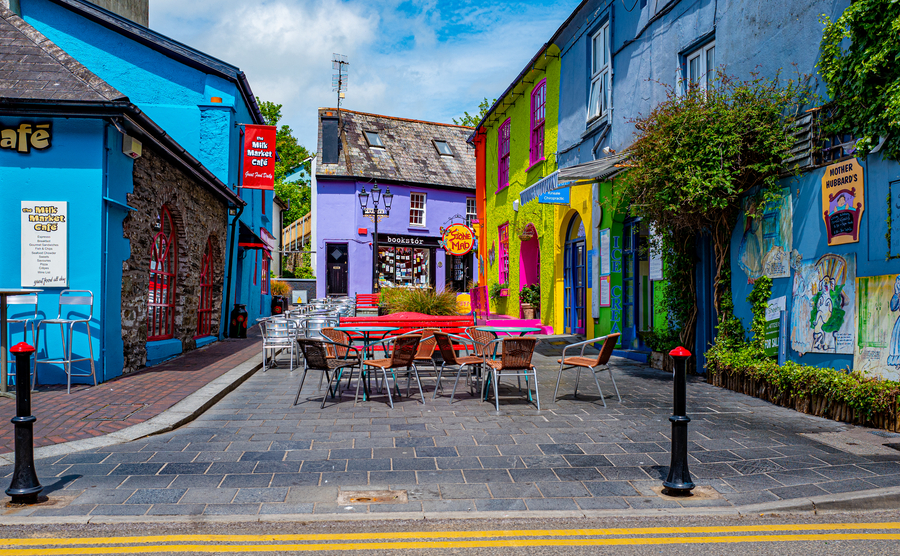 The sheer variety of landscape packed into this tiny green dot in the Atlantic is there to be discovered! Ireland is ideal for getting in your car and exploring, whether for the weekend or a few days. You could pick cities to spend time in or follow popular routes such as the Wild Atlantic Way, the world’s longest defined coastal touring route. The Ancient East is equally engaging, known for its ancient sites and castles.

Why not plan your trips around foodie destinations or experiences, of which Ireland has plenty. Just for starters, Waterford’s food festival is a must-go for gastronomes, while the pretty fishing port of Kinsale in Cork (the county that claims to be the culinary capital of Ireland) is renowned for its seafood and chowder. Similarly, Wexford’s festival showcases its rich collection of farm shops, soft fruit farms and bakeries producing superb soda bread. Highlights on the west coast include the smokehouses, as well as cheese, fish and chips, and craft beer – Doolin and Lisdoonvarna won’t disappoint on these fronts. Dublin excels on all levels of cuisine, but just north of the capital is the village of Howth, a gastronomic jewel with world-class restaurants and divine seafood.