What newspapers will you read in Ireland?

The Ireland Property Guide runs through the major Irish papers, so you’ll know where to get your news fix when you arrive.

When you first arrive in a new country, it can seem as though you’ll never get to grips with how things operate. Taking the time to read the newspaper – local or national – is a handy way of educating yourself on the matters of importance in your new home. If reading the news has always made up part of your daily routine, you’ll need to figure out where to go to get your news fix. As it was UN World Press Freedom Day yesterday we thought it the perfect opportunity to run through Ireland’s most popular papers.

The newspapers you’ll find on the shelf in Ireland are not too dissimilar from what you’ll find in the UK.

The newspapers you’ll find on the shelf in Ireland are not too dissimilar from what you’ll find in the UK. There are two dominant formats – the relatively intelligent broadsheets and the more populist tabloids. Ireland is known for its literary heritage and for having a competitive print media consisting of eight daily national newspapers, weekly regional and national Sunday editions of each of the major nationals. Depending on where you’re living, you may have a choice of many local newspapers, often free, published throughout the week in your county. For today, let’s focus on the big names.

Although The Irish Times began life as a Protestant nationalist paper and later became a Unionist paper, it is now generally seen to be the most liberal and progressive of Ireland’s papers. Although it’s often referred to as the equivalent of the UK’s Guardian, it still sits to the right of The Guardian on most issues, particularly the economy. However, it is an independent paper, owned by The Irish Times Trust, rather than any media mogul. 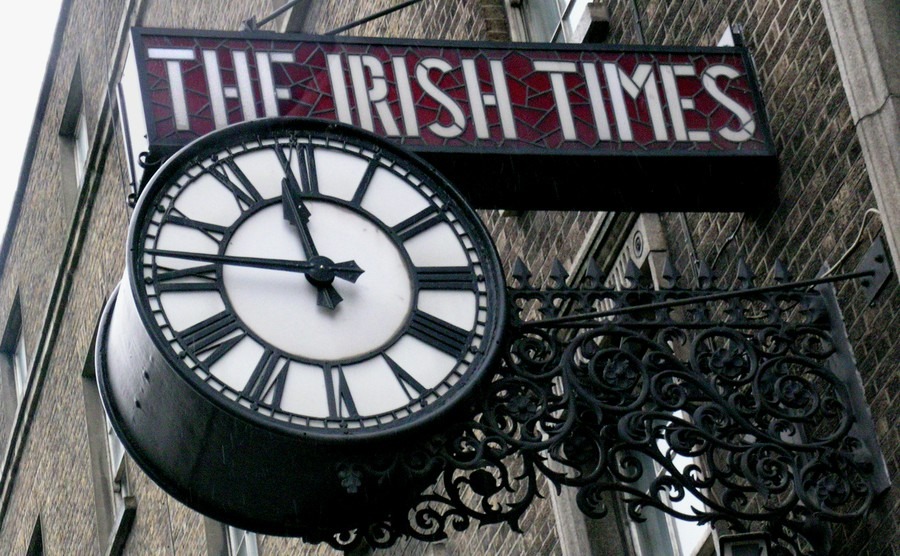 Understanding and keeping abreast of Irish news is a handy way to feel more settled when you first arrive in Ireland (Michele Buzzi / Shutterstock.com)

Published in Cork, The Irish Examiner only went national (and changed its name) in 2000. Although most popular in the Munster region surrounding Cork, it competes with the two top dogs – The Irish Times and The Irish Independent.

This is the Irish edition of the UK paper, which means that you’ll find much of the same content in terms of glamour and showbiz, but rather than UK news it focuses on Irish news, celebs and sport.

The Herald is Ireland’s only evening paper, owned by Independent New and Media. The tabloid is published Monday to Saturday, and enjoys a circulation of around 40,850.

Much like The Irish Sun, this tabloid is the sister paper of the British Daily Star. You can expect much the same content, focused on crime reporting, sport, gossip and sensation in general!

Another sister publication to the UK edition, the Irish Daily Mail is Ireland’s newest paper. Although not a complete carbon copy of the UK edition, the general political stance remains strongly right of the centre and the content is similar in style. It tends to cover Irish property well.

Which UK papers will I find in Ireland?

While it’s important to read up on local and national news in your new country, should you still wish to keep abreast of things back home, you’ll be pleased to hear that you should be able to snap up The Times, The Independent and The Guardian in Ireland.