Mortgage approvals in Ireland soar in 2017

Official data shows that approvals and loan amounts are on the rise in Ireland. An upward trend that isn’t showing any signs of slowing. But that doesn’t mean we’re even approaching a housing bubble, says Irish banking boss.

According to new data released by the Banking and Payments Federation of Ireland (BPFI) the renewed momentum seen across the Irish housing market in the first quarter of 2017 looks set to continue throughout the rest of the year.

The report reveals that mortgage approvals have grown by 62% in the first quarter of 2017 when compared with 2016. In addition, the value of the approved loans has also rapidly risen by 77% year-on-year.
The number of mortgages secured by first time buyers was up by 40% and mover-purchasers by 36% year-on-year. In contrast, buy-to-let mortgages appear to be waning, with just a 14% increase year-on-year. Re-mortgaging is also on the up, with growth of 69%.

The BPFI report revealed that the number of loans actually used in the first quarter of 2017 was up just 27% year on year. This gap between approvals and drawdowns shows that although the number of loans secured has risen very quickly, the amount of money approved for home purchase that has actually been spent is far less. Interestingly these figures were published just one day after Phillip Lane, governor of the Irish Central Bank dismissed suggestions that the Irish economy is on the brink of another housing bubble. 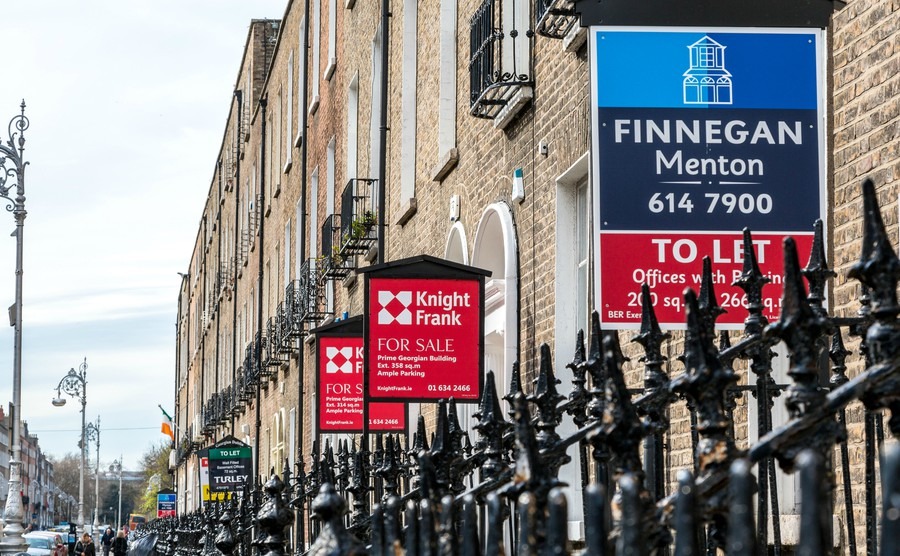 The first quarter of 2017 has seen mortgage approvals grow by 62%. (Pebo / Shutterstock.com)

Should things continue on this trajectory, it looks as though wealth management and corporate finance company, Goodbody’s forecast that lending for 2017 would amount to €7 billion, could be exceeded.

CTA: If you’re ready to buy in Ireland, you’ll need to take control of your currency, Read the Property Buyer’s Guide to Currency, written by currency traders at Smart Currency Exchange and packed with tips on getting the best rate.

As the BPFI data shows that mortgage market momentum appears to have been accelerating during March, with the number of approvals growing by 87%, and the value of approvals more than doubling, Goodbody’s have expressed concern over whether there is enough housing supply to service the number of mortgages. They commented: “The biggest issue in terms of these approvals translating into drawdowns is the low-level of new supply. If one takes the sum of approvals for first-time buyers and investors, this amounts to circa 20,000 over the past 12 months. This is substantially more than the amount of new properties that will come to the market this year, thus the obvious conclusion is that prices will continue to be bid up.”

Conall Mac Coille, Chief Economist at the investment firm Davy, said that the average mortgage loan now stands at €208,000 (£176,000). This is an increase of 9% on where it was at the end of quarter one in 2016. Mac Coille also revealed that the figures for March alone show that €783 million was approved in loans – more than double what was approved during March 2016, supporting the notion that lending will continue to increase throughout 2017.