Ireland’s deputy Prime Minister recently resigned under controversial circumstances. We analyse the impact this has had on Irish politics.

It’s been an uncertain time for Irish politics this week. On Monday it looked as though the country might be heading for a General Election before Christmas! Last week Deputy Prime Minister Frances Fitzgerald of the Varadkar Fine Gael Party faced scrutiny in regards to her reported handling of a whistle-blower alleging corruption within the police force. Given the proximity to next month’s instrumental EU meeting, at which Ireland’s position will influence the assessment of the UK’s progress in Brexit talks, politicians and the public have been calling for her resignation.

Accused of undermining her party, Fitzgerald faced calls to resign from the opposition and from within her party.

Last week, it was revealed that Fitzgerald had been informed of an attempt to discredit police whistleblower, Sgt Maurice McCabe. McCabe’s allegations of misconduct within the Irish police force cost Fitzgerald’s predecessor his job as Justice Minister. Although Fitzgerald stated she didn’t remember receiving the email in question, a further release of documents on Monday showed she had been aware of the attempts to discredit McCabe by accusing him of sexual assault.

Accused of undermining her party, Fitzgerald faced calls to resign from the opposition and from within her party. Initially, the deputy PM resisted, stating that only a judge-led tribunal, set to take place in January 2018, should judge whether her conduct was out of line. 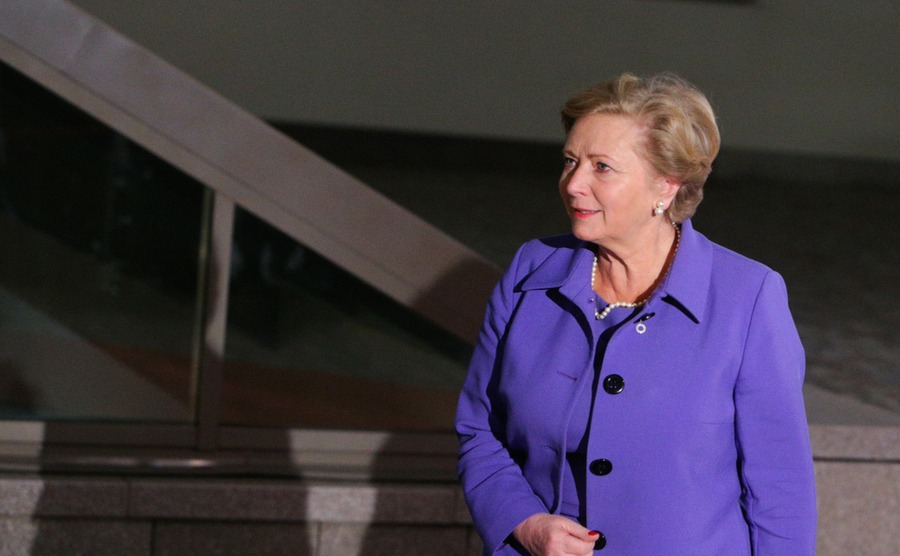 “I think the Tanaiste (deputy Prime Minister) should recognise that unless she does stand aside, she is going to force this country into an election that nobody wants, nobody needs, and is not in the country’s interests.”

“I believe it is necessary to take this decision to avoid an unwelcome and potentially destabilising general election at this historically critical time.”

“Throughout my career I have always sought to act with integrity and responsibility, and that is why I have decided on this occasion to put the national interest ahead of my own personal reputation.”

In his statement, Prime Minister Leo Varadkar, was quick to reiterate the current priorities of the Irish government;

“Over the next few weeks and months, the Government will need to focus on the Brexit negotiations, both phase one and phase two. We have a Finance Bill and Appropriations Bill to enact. Legislation to pass for public sector pay restoration and pension and social welfare increases. We also have the important work of the committee on the Eighth Amendment to complete, paving the way for a referendum next year. All of these would fall in the event of a general election.”

“The work of the Government and the parliament must not be interrupted during this important period. So, it is with deep regret that I have accepted her resignation.”

He was quick to state: “It is my strong view that a good woman is leaving office without getting a full and fair hearing.”