The Ireland Cost of Living Index

Is Ireland more or less expensive than the UK? In the Ireland Property Guides Cost of Living Index we check a list of over 60 everyday prices in Ireland, the UK and 10 other countries to get an accurate reading. It covers prices for groceries, leisure and household expenses, and each year we update it to cover new products and ways of shopping, as well as the usual household staples.

Overall, this year’s Cost of Living Index found that Irish prices are around 10% higher than in the UK. Part of that is down to the higher rate of VAT. Ireland charges 23% VAT on most goods, including alcohol, cigarettes, fuel, shoes, electronics and other luxuries such as perfume.

Additionally, many more products must be imported into the country by ferry or air, and then transported to their various locations. Ireland has a population of under five million, so suffers in comparison with the economies of scale that Great Britain – population ~65million – enjoys.

If your expenditure is in euro and your income in pounds, shop prices are only half the story… Read The Currency Guide to Emigration, free to download. 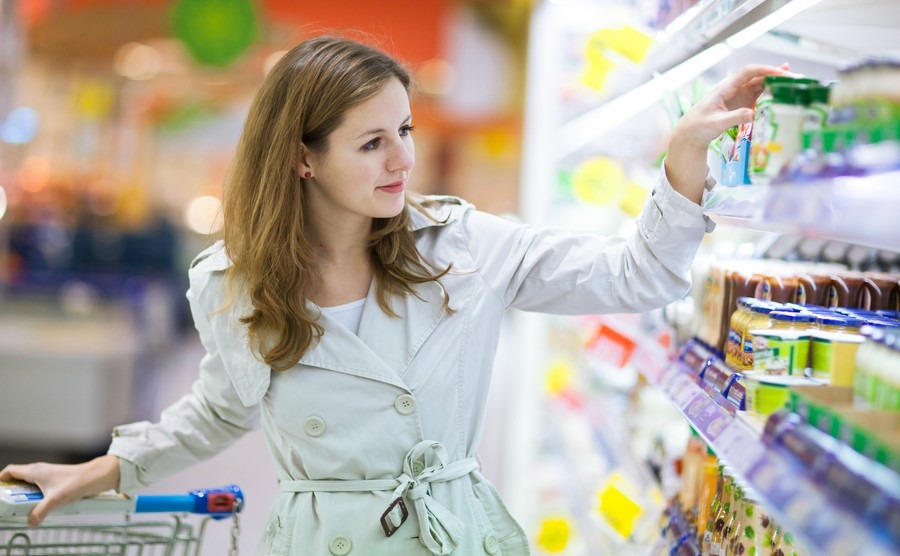 Prices are a little more expensive, but not enough to spoil your shop!

There are a number of great supermarkets to choose from in Ireland, many of which you’ll recognise. Tesco is here, as are Lidl, Aldi and Iceland. You’ll also be delighted to hear that M&S Foodhall has premises in Ireland. Hurrah! Now you can cross ‘missing the £10 meal deal’ off of your list of ‘things to worry about’.

Ireland is the eighth most expensive place for bread, meat, fish and dairy products in Europe, while the UK is way cheaper, ranking 23rd out of 37 countries. Expect to feel that hit on your weekly shop. The good news is that Aldi and Lidl are excellent for low-cost, high-quality produce, and Tesco isn’t too expensive either. All the supermarkets offer great deals and offers – you just have to be prepared to shop around a little.

We took UK supermarket prices from Tesco and Irish from SuperValu, the largest supermarket chain in the country, in October 2019.

Thankfully, Ireland isn’t one of those countries where you’ll need to haggle in the market. Unless you’re buying a house, that is! Read How to Negotiate Abroad to get the best deal possible from your estate agent.

In Ireland’s cities you will be able to get around relatively easy by bus, but outside the cities public transport becomes a lot less regular. Ireland ripped up the majority of its railways in the last century, but is still pretty good between the major cities. Many of the journeys are non-stop and tickets are affordable. For the purposes of our Index, we chose the route from Greystones to Connolly Station in Dublin, return. Unlike with our London to Brighton route, if you choose to stay in Dublin you’ll pay half, €6.20, which seems a lot fairer!

If you want to travel to smaller, rural locations, you will have to drive or catch a coach. Depending on where you’re travelling to, there may only be one bus a day, in which case consider booking in advance.

It’s possible to drive to most places in Ireland in an afternoon. As Ireland doesn’t produce its own brand of cars, and therefore every vehicle must be imported – the cost of buying a new car is much higher than the UK. Although we’re still unsure what will happen with the border post-Brexit, currently it can work out cheaper to pop to Northern Ireland or to the UK to buy a used car, even when you factor in the taxes you will have to pay to bring the vehicle into the country.

There are three IKEAs this side of the Irish Sea – two in Dublin and one in Belfast. You can also get an Amazon delivery in the Republic of Ireland, which is free on orders over £25.

Given Ireland is a country known to love a tipple, the price of booze might come as a shock when you first move to Ireland. Certain products are also lumped with an excise duty which can add as much as €3 to every bottle of wine, and as much as €8 to a packet of cigarettes (before VAT!).

If you’re eligible for a Medical Card you won’t pay for dental check ups or prescription charges. 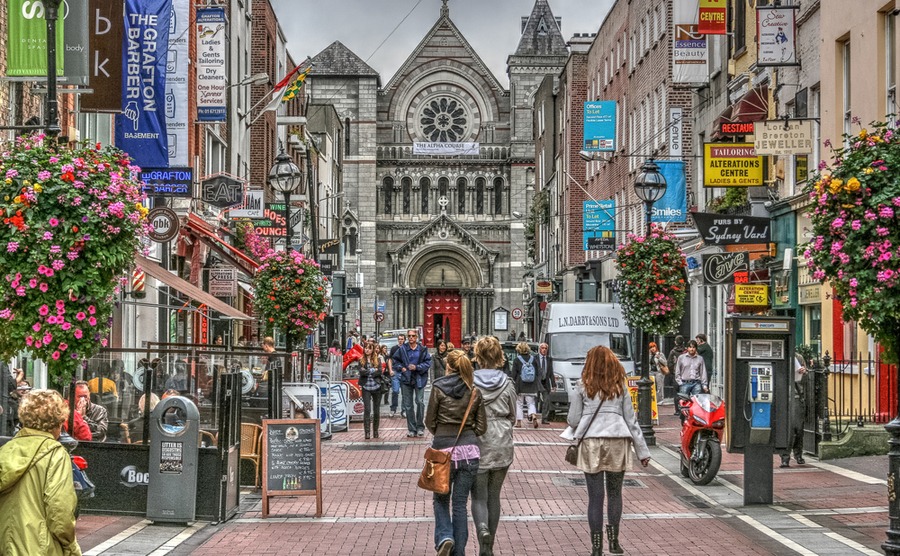