How will Theresa May’s Brexit plan affect the Irish?

We consider the main points made in Theresa May’s 12-point Brexit plan, and look at how key groups across Ireland and the UK have reacted.

Theresa May made a speech outlining her 12-point plan for Brexit last week which confirmed that Britain will leave the single market. For anyone planning a move to Ireland, what does this mean for the UK’s closest neighbour and how is Ireland reacting to the news?

When discussing Ireland, May was very clear in her message that the special relationship that exists between the UK and Ireland will be respected. She said: “The family ties and bonds of affection that unite our two countries mean that there will always be a special relationship between us.”

Directly addressing concerns that a hard border be reinstated between the Republic and Northern Ireland, May confirmed that “maintaining that Common Travel Area with the Republic of Ireland will be an important priority for the UK in the talks ahead. Nobody wants to return to the borders of the past, so we will make it a priority to deliver a practical solution as soon as we can.”

Perhaps the biggest take-away from the speech was that May has no plans to remain a member of the single market. Instead she said that the UK will be seeking the best possible access to it through a completely “new, comprehensive, bold and ambitious Free Trade Agreement.”

May also stressed that it’s her priority to secure the rights of British nationals living in EU Member States, and EU citizens living in the UK. She revealed that she has discussed this matter with other EU leaders and that she wants to reach a deal sooner rather than later in order to give these people the certainty they deserve.

Since the speech, many have spoken up about May’s plans. 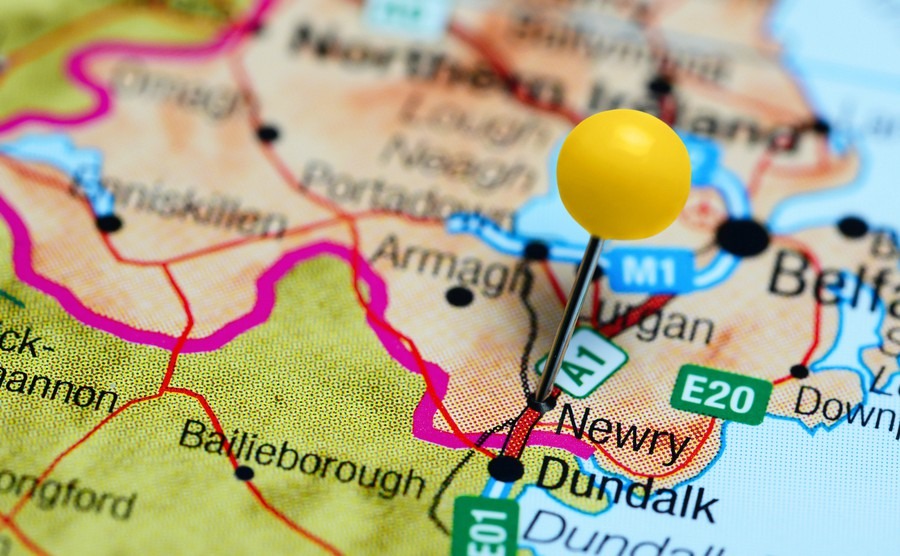 Maintaining free movement between the Republic and Northern Ireland is top of the agenda.

Following the speech, the Irish government issued a statement stressing its continued support for the European Union, and acknowledging May’s reassurances surrounding the special relationship between Ireland and the UK. It seems they were relieved to have a little more clarity on May’s plans, and are pleased to hear that she is committed to sustaining the Common Trade Area, and the soft border.

Irish Prime Minister, Enda Kelly, stressed the Irish government’s priorities going into the negotiation process: the Common Travel Area, the future of the European Union, and the Northern Ireland peace process. He was also quick to highlight the opportunities that are likely to arise for Ireland as a result of Brexit. The statement read:

“Bids for the EU agencies currently located in London – the European Medicines Board and the European Banking Authority have already been announced and the State enterprise agencies are actively pursuing opportunities for increased investment, business and job creation in Ireland. The Government is under no illusion about the nature and scale of the Brexit challenge. But it is ready.”

McGrane praised May for finally clarifying her intentions, but expressed alarm that the UK will no longer be part of the single market, especially in regards to the 40,000 people employed by businesses who rely on the bilateral trade between Ireland and the UK. The Director General stressed how important it is to prevent Ireland from being negatively impacted by a decision it had no part in.

The Migrant Rights Network was quick to criticise May’s plans, saying: “All EU citizens resident in Britain should get a firm assurance in law that they will be able to continue living in the UK, with exactly the same rights of residence as they have now. We reject the notion that no guarantees can be given until the European Union offers the same guarantees to British citizens living in Europe. This should happen no later than the moment at which Article 50 is triggered to end the uncertainty that millions of our family members, our friends, our colleagues and our neighbours are experiencing.”

If you have any questions or concerns at all about making your dreams of moving to Ireland a reality, give the Resource Centre a call today on 020 7898 0549. If you are interested in applying for an Irish passport, read our exclusive guide to the process and requirements.