Ireland is walking heaven – not too hot, not too cold, with rolling hills, lots of streams and a friendly pub or two along the way. You’ll need to pack a cagoule, but what better way to look for a home?

Over the years, many of those we’ve helped to buy in Ireland have cited the countryside as one of the country’s biggest draws. Outside the confines of Ireland’s cities, there are miles upon miles of rolling countryside just waiting to be explored – mountains, lakes, woodland, and coastline, all of which need to be seen to be believed.

Outside the confines of Ireland’s cities, there are miles upon miles of rolling countryside just waiting to be explored 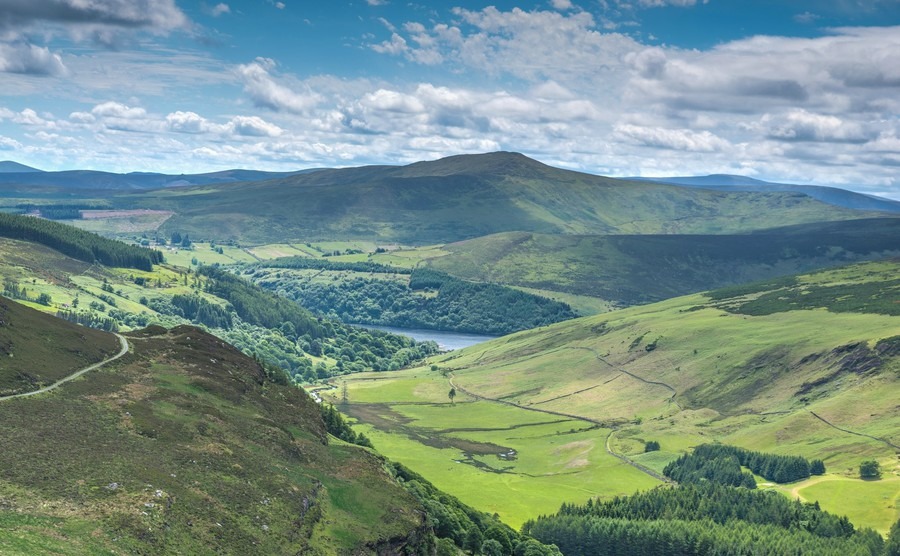 Wicklow Mountains: “May the road rise up to meet you. May the wind be always at your back.”

If you’re looking to challenge yourself, the following are Ireland’s longest and most spectacular walks.

Let’s kick things off with the toughest route on offer – Ireland’s coast to coast. Lace up your boots in Dublin’s Marley Park and head west (for 595 kilometresm) to the finish line on Valentia Island in County Kerry. Make your way cross-country via the easy-to-navigate forest paths found on the Wicklow Way, South Leinster Way, Munster Way, Blackwater Way and Kerry Way. 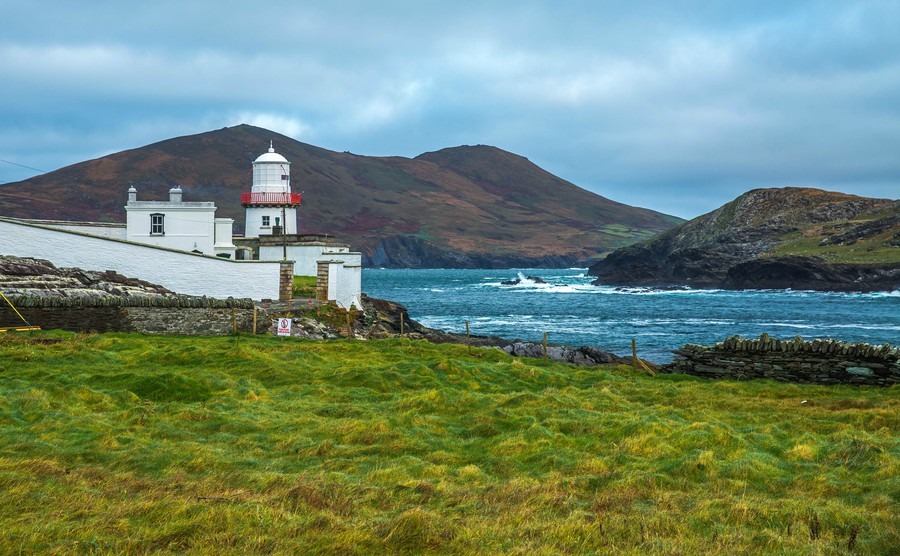 Valentia Island’s not a bad place to enjoy a celebratory beer after walking 595 kilometres from coast to coast.

Some of Ireland’s very best scenery (and that’s saying something) is found along the 215 kilometres of the Kerry Way. As you walk, enjoy views of the Atlantic Ocean in one direction, and fields so green you’ll finally see for yourself why Ireland is dubbed The Emerald Isle. The Kerry Way starts and finishes in Killarney, and takes you the entire length of the Iveragh Peninsula. Expect the walk to take between 7-10 days to complete. You can choose to camp, or there are multiple B&Bs en route where you can enjoy a hearty plate of Irish fare completely free of guilt knowing you well and truly earnt it.

This 196 kilometre circuit, which takes hikers around the Beara Peninsula in Ireland’s south-west corner, combines countryside and history. Not only is the area home to numerous historical and archaeological sites but also it’s a place shrouded in mystical legends. Along the way you’ll pass by stone circles, ring forts, deserted beaches and enjoy incredible views of the nearby offshore islands. After a long days hiking, ask around to find some of the best seafood restaurants in the country, hidden in the back lanes of the area’s traditional fishing harbours.

After a long days hiking, ask around to find some of the best seafood restaurants in the country, hidden in the back lanes of the area’s traditional fishing harbours.

Another peninsula which you can tackle is the Sheep’s Head Way in West Cork. The 88 kilometre route offers incredible panoramic views of the ocean, as well as more mystical and geographical landmarks; stone circles, standing stones, sheer cliffs, and blow holes. Keep your eyes trained on the ocean and you might just spot dolphins or whales swimming close to shore.

If days or week’s spent hiking is your idea of hell, perhaps you might be more tempted by the following day hikes. After all – you have to start somewhere.

One for you early risers, this 8 kilometre loop is best enjoyed at sunrise during summer months. The peaceful trek, known for the silence it affords hikers, takes in breath-taking views of Carrauntoohil, the highest peak in Ireland. When you’re done, there are plenty of cafes serving up giant slabs of cake, which will soon help ease those aches and pains.

If you’re looking for a day hike that not only challenges you, but also takes in the Cliffs of Moher, you should tackle the 20 kilometre Doolin Cliff Walk. The incredible views of the Cliffs, the Atlantic Ocean, Galway Bay and the Aran Islands in the distance, can only be topped by the village of Doolin itself, which is world-famous for its craic, Irish music and lively atmosphere.