7 wonderful small towns on the East coast and Rocky Mountains

Canada boasts some of the most ‘liveable’ cities in the world but it has friendly smaller communities too. Here are seven wonderful small towns in Canada, from the Atlantic coast to the Rocky Mountains.

Canada ranks as one of the best countries in the world for quality of life, whether it’s for its clean, efficient cities, the stunning nature, top-quality healthcare or egalitarian society. The government has a target of one million new permanent residents by 2021. However, while many new arrivals head to the larger cities like Toronto or Vancouver, you can find just a quality of life that’s just as good, if not better, in rural areas. And Canada is keen to attract talent to less populated regions, too, introducing specialist rural immigration schemes throughout the country.

Moving to Canada isn’t an impossible dream. Just take it step by step and it’s easy, with the help of our free guide, How to Emigrate.

Here are some of our top areas to move to throughout Canada if you want to get away from it all: 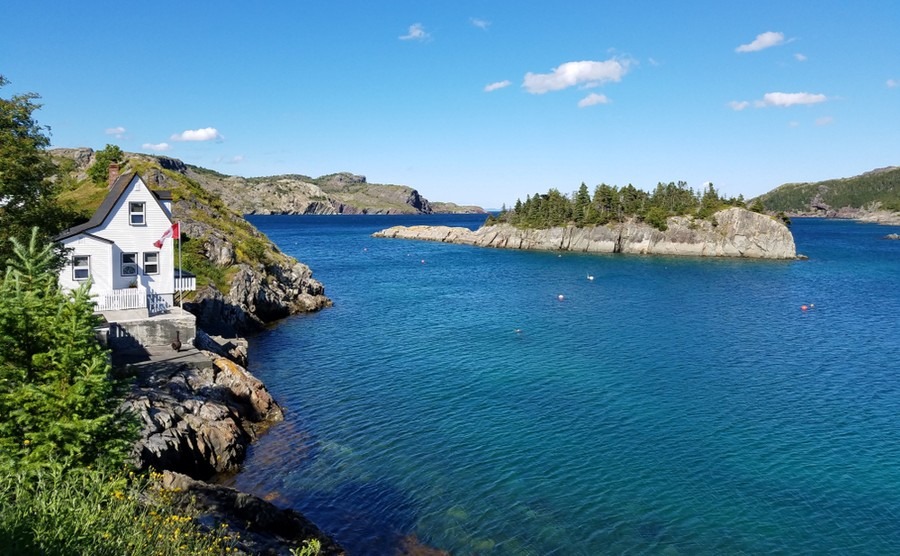 Brigus, Newfoundland is one of the perfect places to get away from it all.

The charming Brigus is a quintessential ‘Newfie’ fishing village, founded back in the 1600s and home to a number of beautiful historic fishing cottages and shops today. The modern village has expanded to include nearby Frog Marsh and Cupids. Almost all homes here are large, detached family properties, with new developments mainly located in Brigus Gullies and the older ones closer to the bay.

By Canadian standards, despite feeling like it’s very remote, you’re not too far from the city – around an hour’s drive to St John’s. In the summer, tourists make the most of this connectivity, and around 12,000 visitors come annually for the Blueberry Festival, a celebration of the local blueberry season that has expanded to include live music, dancing, fireworks and food stalls.

Heading further west, you come to the picturesque town of St Andrews in New Brunswick. Founded by loyalists fleeing the American Revolution, it’s been remarkably well preserved and boasts a typical Atlantic architecture of clapboard homes and shops painted in bright, cheery colours.

For an adventure that you just won’t get back at home in the UK, St Andrews is well known for its whale watching in the Bay of Fundy.

Like Brigus, St Andrews has an active calendar of events, from the Winter Warmer in January for live music to Paddlefest in May to make the most of the spectacular waters around the town and the annual food and wine Indulge festival. 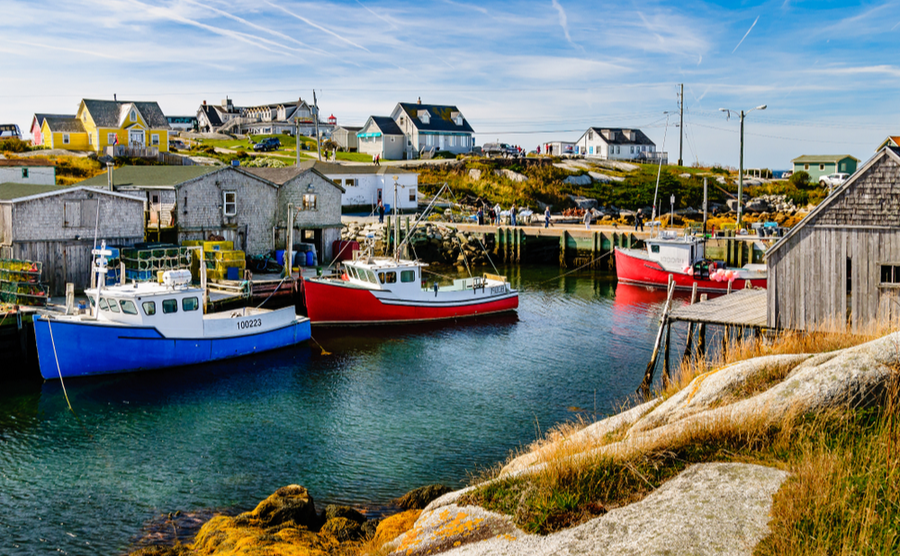 Yes, that’s right, 30. However in summer it rises, to 35. To round-up our maritime villages, we couldn’t miss Peggy’s Cove. This iconic Nova Scotian village sits on St Margaret’s Bay and is today still an active fishing village, known for its lighthouse and pretty port. Some eight kilomtres around the village are protected under law from over development, making it the perfect place to get away from it all.

Of course, you may not be able to find a house here, but there are plenty of other lovely places close to the city of Halifax. In nearby areas like Bayside, you can find three-bedroom detached homes for as little as CAD250,000. The historic port itself is one of the pricier areas on our list, with three/four-bedroom family homes with selling for up to CAD900,000. Price tags are closer to the upper end in particular if the home is zoned for retail (eg for a café or kitchen business).

As the name suggests, Bristol is a largely English-speaking town in Quebec, sitting on the Ottawa River. It’s a small village, although its population triples in the summer months – and it’s widely recongised as the perfect place for a second home.

Norway Bay’s shores are lined by beautiful detached homes on generous plots, largely used as holiday residences by their owners escaping the city for quiet summers amid the unspoilt beauty of the Pontiac region.

It might be small, but Bristol has two golf courses to enjoy in the summer and snowboarding in the winter (including on the lake, if it’s frozen over). It’s about an hour’s drive from Gatineau and Ottawa and three hours to Montreal.

The beach might not be the first thing that springs to mind when you think on Ontario, but Grand Bend and Lambton Shores all about beach- and waterfront living. These small but lively towns sit on the shores of Lake Huron, separated from each other by the Pinery Provincial Park. Here, you’ll find sandy beaches, bustling cafés and bars and small boutiques catering to holidaymakers and locals alike.

For a large, three-bedroom detached home within walking distance of Grand Bend Beach, you’ll be looking at around CAD400,000. Self-build lots, of which there are quite a few in the outskirts of the town, sell for around CAD200,000 up.

Neepawa has been called ‘Manitoba’s most beautiful town’ and it’s easy to see why. In addition to its well maintained, green townscape, it has a thriving local community, with its own theatre – opened in the early 20th century – and a number of historic homes, including the former residence of novelist Margaret Laurence.

The town also bills itself as the world’s ‘lily capital’ for the 2,000 species grown locally. The economy is largely centred around agriculture and tourism, sitting in the heart of ‘King Spud Country’. 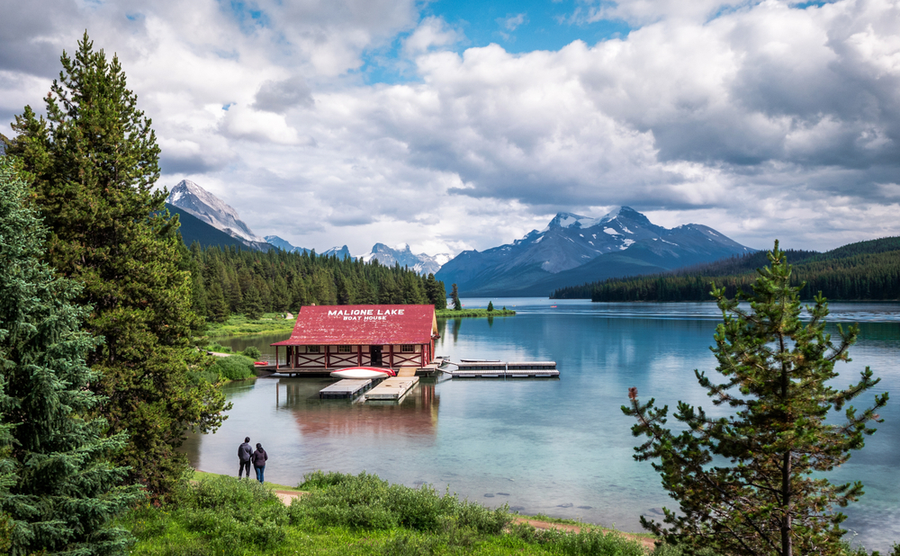 Heading now to the Rocky Mountains, Jasper is the main town of the Canadian Rockies. Surrounding by dramatic scenery, it is perfect for outdoorsy types, without the higher price tag of somewhere like Banff.

Anyone can purchase property here, but you can only occupy it if you have a ‘right to reside’ – so this is somewhere to buy for permanent living, rather than for a holiday home.

Prepare yourself for when things return to normal by using this lull to plan your finances. Find out how you can protect your money  when sending it overseas in the Property Buyer’s Guide to Currency, free to download.