When you’ve been living in Australia for a little while you might find yourself wondering, “why didn’t we move here years ago!?” But right now, you might well be wondering where in Australia to move to and what sort of property can you afford? Check out our list of six great locations to buy property in Australia…

Located between the Sunshine Coast and the Gold Coast, and the capital of Queensland, Brisbane is fast becoming a popular area to move to. With cheaper properties and a lower cost of living than the likes of Sydney, Brisbane is an ideal city for investment. 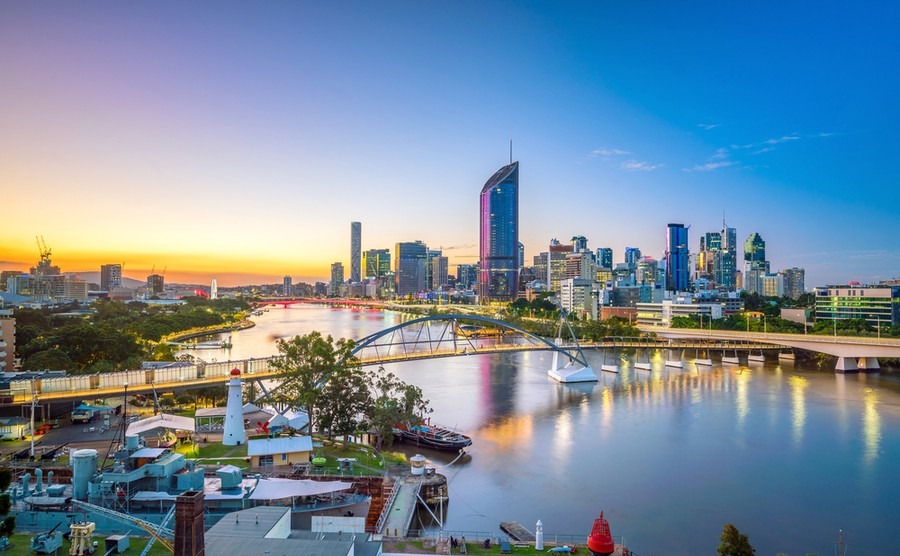 Brisbane enjoys mild winters, an abundance of green space and a vibrant, yet relaxed, community. The South Bank, known as the cultural heart of the city, is a bustling hub of restaurants, events and parkland. Brisbane also has an efficient transport system, meaning you can get pretty much anywhere via train, bus, ferry or tram.

For family friendly areas, look at Bardon, St Lucia and Rosalie. If you’re after a property near the private schools in the area, Ascot and Kangaroo Point have some great houses. Alternatively, if schools aren’t on your priority list, the trendy areas of Paddington and Tenerife have plenty of bars and restaurants, as well as antique stores. Average house prices in Brisbane are around AUD$ $600,000.

Hobart, the capital city of Tasmania, is rapidly becoming one of the most desirable places to live in Australia, and the rising house prices demonstrate this. This means that Hobart is an ideal location to invest in a property.

A perfect place for retirees and nature lovers, the city has a cooler climate than much of the mainland and also has four distinct seasons. Hobart has a very laid-back lifestyle – often referred to as being behind the times – however, there is still plenty going on, including the open-air Salamanca Markets on Saturdays and lots of opportunities for outdoor activities. 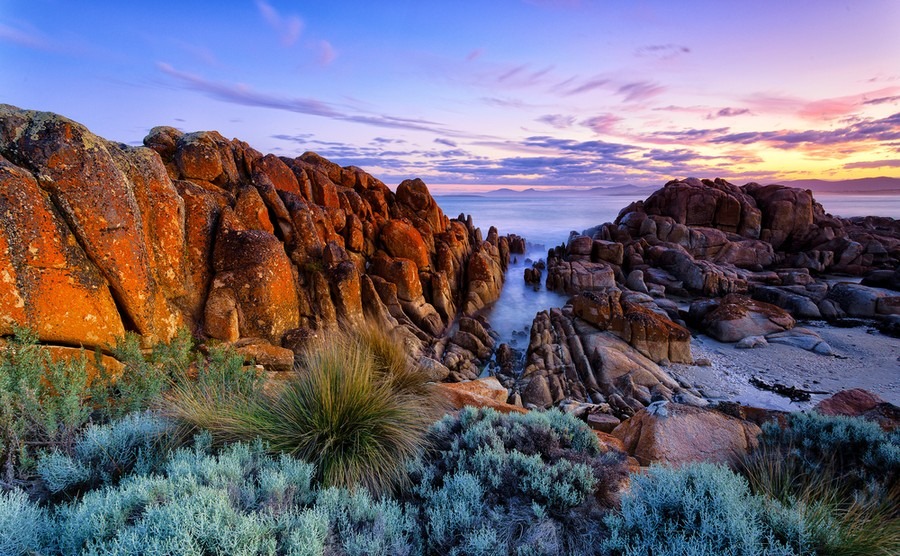 Although the city is a little isolated from the rest of Australia, it is just a short, hour-long flight to Melbourne, meaning Hobart is still very accessible. Some of the best suburbs to live in are: Sandy Bay, West Hobart, Tolmans Hill, Blackmans Bay and New Town.

Melbourne is a lively city on the South-Eastern coast of Australia in the state of Victoria. Dubbed the sports, arts and cultural capital of Australia, as well as claiming to have the best coffee in the country, Melbourne is perfect for younger buyers.

Aussie homes are not cheap, so The Property Buyer’s Guide to Currency, free to download here should be your first port of call for understanding how to buy safely and control the risk of moving exchange rates.

Like many Australian cities, there is a great transport system and you can enjoy 24-hour public transport on weekends thanks to Melbourne’s Night Network. There are plenty of jobs, a friendly community and some of the best primary schools in Australia. 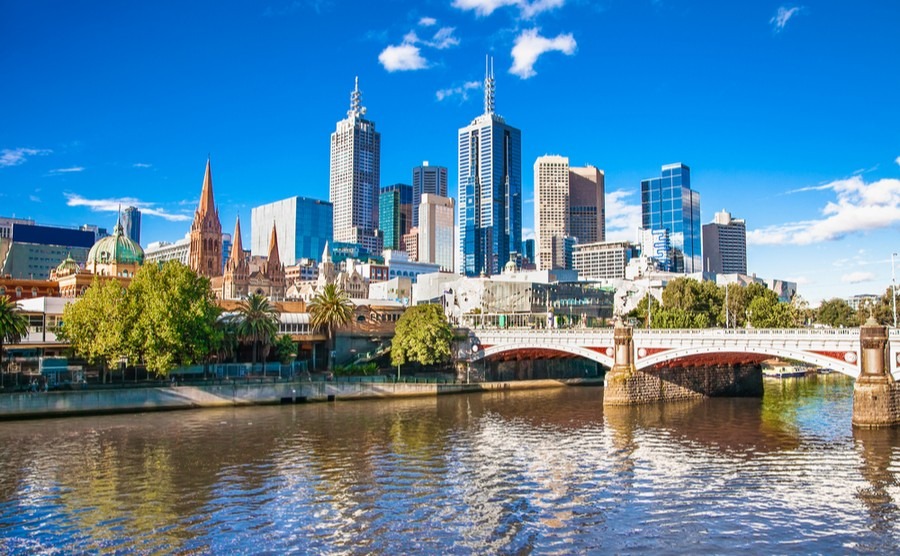 Unlike some of the cities further north, Melbourne’s climate is mild and may appeal more to those used to cooler weather. Average summer temperatures are a pleasant 26°C and winter temperatures stay at around 14°C. The city itself has a great selection of beaches, but it is also within travelling distance of many exotic holiday destinations, such as Fiji, Bali and Japan.

When it comes to property in the city centre, apartment living is the norm and it is quite pricey. Average property prices in Melbourne are a shade under AUD$795,108. Some great suburbs to consider are Nillumbik, Geelong and Ballarat. Nillumbik has even been found to have the highest overall quality of life in Australia!

A home in Australia can be a wonderful base when visiting relatives. So why not share the cost? Read Buying Abroad with Family to learn how.

Often in fierce competition with Melbourne, Sydney is another great city to consider when looking to buy property in Australia. Sydney differs to Melbourne in a number of ways. It is more business-centric than the artsy Melbourne, has a warmer climate, and some of Australia’s most famous golden sand beaches, such as Bondi Beach. Sydney has a higher cost of living, but salaries are also higher. 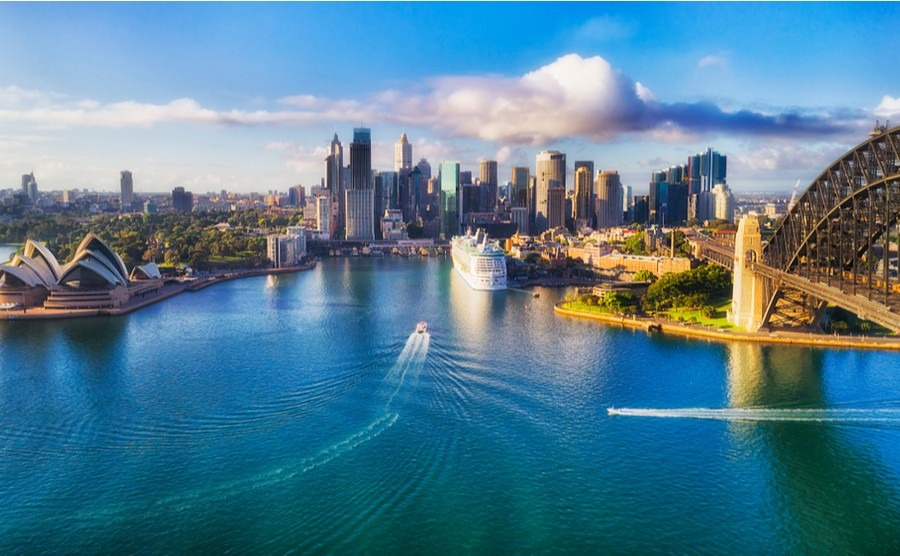 Home to the Sydney Opera House – of course! – and the Sydney Harbour bridge, the city has some impressive architecture. Its Aboriginal heritage still very much flows though the city, with some stunning Aboriginal rock art to see. Sydney is one of the most multicultural cities in Australia, and this is certainly evident in the diverse cuisine available.

Residents of Adelaide are very fond of their city and the area is frequently voted one of the most liveable cities in the world. This is largely due to affordable housing, food and great job opportunities. 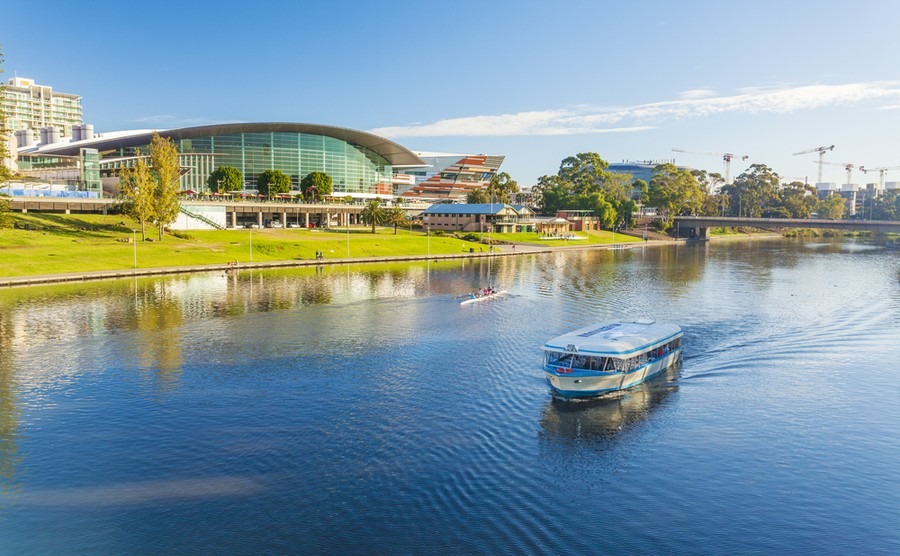 The capital city of the state of South Australia, Adelaide is renowned for its festivals, cuisine and wine. The Central Market is thought to be one of the best food markets in Australia. Adelaide is a great option for young professionals due to the ease and fast-paced nature of urban life.

The city relishes in mild winters and warm, dry summers. It also has its own international airport.

Moreover, the cost of living is a lot cheaper than some of the bigger cities, with average house prices of AUD$569,882. You will find tasteful brick terrace houses, stone cottages, modern townhouses as well as apartment towers. Suburbs to consider are: Port Adelaide, Semaphore, Glenelg and Henley Beach. 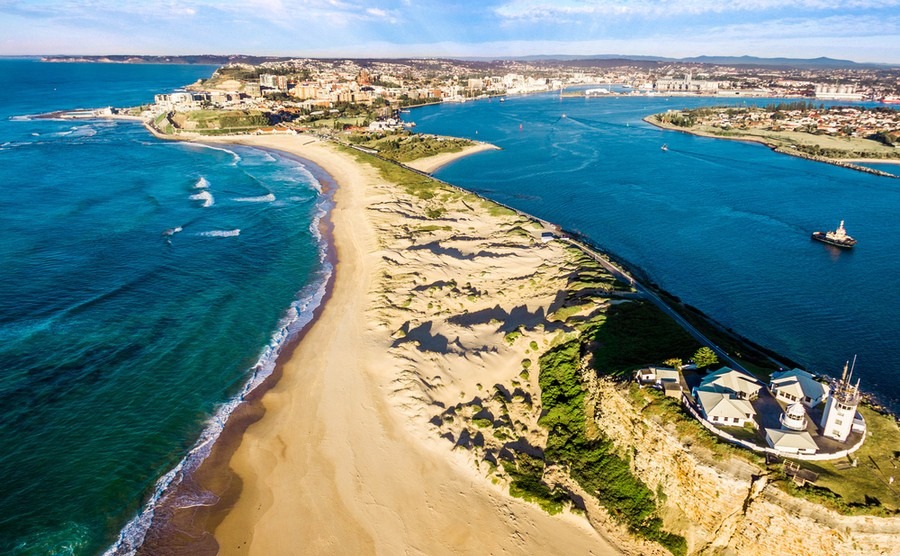 If living in the big city isn’t for you, Newcastle in New South Wales is definitely a place to consider. It is Australia’s second oldest city and is just two hours’ drive from Sydney, so you’d still be near the hustle and bustle. Newcastle is an excellent choice for both families and those looking to retire to Australia, due to its smaller population and more relaxed lifestyle. It is a harbour city with beautiful, white sand beaches and coastal walks. It is also the location of Australia’s largest surf festival.

Average house prices are AUD$700,000 and due to the city’s rich history, there are many Victorian terrace houses available.