Things are looking up for Turkey as we enter 2018, after it was announced that property buying among foreigners has increased, confidence within the tourism industry is on the rise and the economy is growing rapidly.

Property sales to foreigners skyrocketed by more 70% in October.

Property sales to foreigners skyrocketed by more 70% in October, according to the Turkish Statistical Institute. Overall, 122,882 houses were sold in Turkey, with foreign investors buying 2,677 properties.

Istanbul, Turkey’s most populated city, was the most popular location with 1,321 sales, followed by Antalya and the north-western province of Bursa. Saudi Arabians accounted for the majority of purchases (528) in October, followed by Iraqis (344), Azerbaijanis (278), Kuwaitis (154) and Russians (125).

Between January and October 2017, Turkey received more than 29 million foreign visitors, which represents a 28% increase compared to the same period last year. Of those, 11.8 million visitors came from European countries.

Cem Polatoğlu, a spokesman for the Platform of Tour Operators, said: “Regarding the reservations made for 2018, we expect a significant increase in the number of European tourists, with Germans, Greeks, Dutch and Italians having already started making reservations.” Mr Polatoğlu believes Turkey could receive as many as 35 million visitors in 2018. 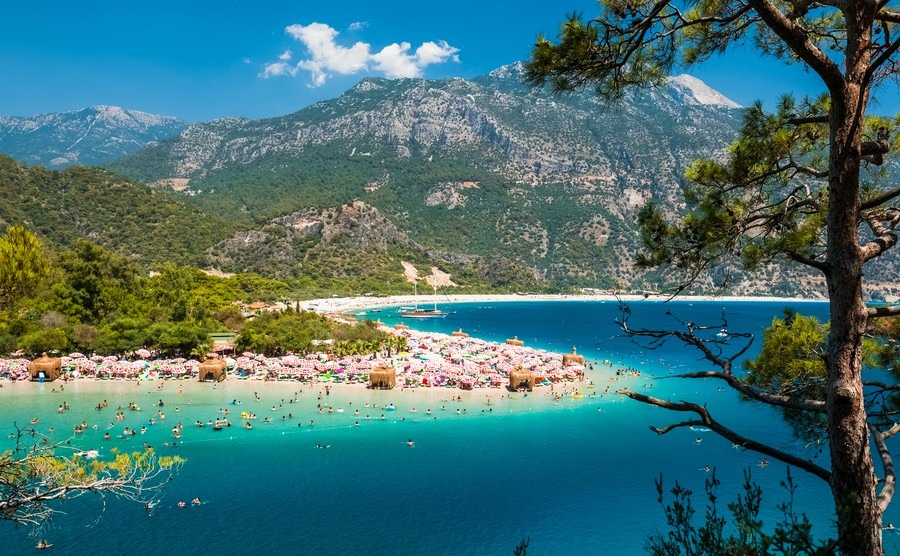 Tourism sector chiefs are anticipating an even better year in 2018

Jet2.com and Jet2 Holidays have announced plans to double their capacity to Turkey in 2018. The airline said it will put 70,000 additional seats on its flights and increase its total capacity to 140,000 in 2018. This will include direct flights from Belfast Airport to Dalaman and Antalya for the new season.

Turkey’s economy received a timely boost after reporting GDP growth of 11.1% in the third quarter of 2017, compared to the same period last year. Pretty astounding when you bear in mind that the UK rose by just 1.5%, it also comfortably outstripped forecasts. Speaking at an Employment Council meeting in Ankara, Prime Minister Binali Yildirim said: “The growth rate in the third quarter set a world record. Turkey took the lead on the list, leaving China and India behind.”