Visa options in the European Union

The UK is on course to leave the EU at the end of January 2020, with the likelihood that British people relocating or retiring Europe after the transition period will need a European visa. So what are your options?

Within a year British people will be “third country nationals” in Europe, just like Americans, Australians etc. So what does that mean for anyone staying in EU countries beyond a normal holiday? One potential scenario is being required to apply for some form of retirement or long-stay visa, like other third-country nationals currently do.

As things stand, if you enter an EU country and intend to stay there longer than 90 days in any 180-day period, you should apply for a short-term residency permit. This applies to both EU citizens and non-EU citizens. Rules are stricter for the latter group, who may have to apply for a visa before arrival, not being automatically entitled to a permit like the former. 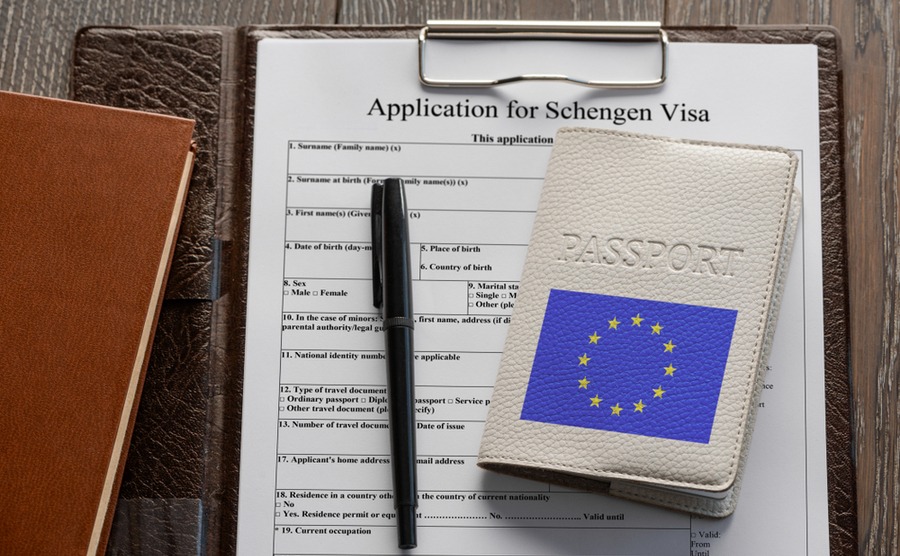 If you can’t move before Brexit, could you get a visa?

In reality, because EU citizens are free to travel and reside unhindered within the EU, some member countries have been less strict about checking the residency status of member citizens. This has applied to Britons, many of whom have been living on and off in countries like Spain without registering as resident.

Just be warned, the British Home Secretary has announced plans for an American-style ESTA (electronic system for travel authorization) for travel to the UK by EU citizens, so Europe will probably reciprocate. In which case staying under the radar will no longer be possible.

Although there is much talk of a trade deal not being completed by January 2021 and hence another cliff-edge no deal, this seems unlikely to affect people – not being “trade”, exactly. We expect the rules governing freedom of movement to be concluded swiftly in 2020.

If you can be legally resident before the end of the transition then you should be able to retain all your current EU rights to residency, healthcare, work, etc, in perpetuity, for you and your family.

What should not be in doubt, as the rules were agreed in December 2017 and governments have already been working on this basis, is that if you can be legally resident before the end of the transition then you should be able to retain all your current EU rights to residency, healthcare, work, etc, in perpetuity, for you and your family. So the best option is to start the residency process now or as soon as possible.

Moving as a ‘third country national’

Foreign people who are not citizens of an EU country and do not enjoy the right to free movement within the Schengen area are classed by the EU as ‘third country nationals’. After Brexit, UK citizens will fall into this category.

Again, until an exit deal is finalised, we won’t know what this really means and whether UK nationals will be treated exactly the same way as all other third country nationals. What we do know is that third country nationals have been moving and settling in EU countries, in particular Spain, France, Portugal, successfully for many years. These include people from the USA, Australia and New Zealand, South Africa and various Asian countries.

Most do so with the help of an experienced immigration lawyer, who helps choose the most appropriate visa for each individual client. Key to a successful long-term move to an EU country is to get registered as a ‘temporary’ resident as soon as possible and for long enough to allow you to qualify for long-term residency status, typically after five years. In most but not all European countries, a temporary visa needs renewing after the first year, then every other year.

After ten years of residency, you may be entitled to apply for citizenship in your new country.

Retirees and semi-retirees make up the largest group of Britons moving to EU countries permanently. So how would this be possible as a third country national, rather than an EU citizen with no automatic right to residency?

Being able to support yourself financially, i.e. with a pension or pensions, and/or other income, or proving you have a certain amount of savings in your bank is the first step to being granted the right to live in an EU country. Equally important is having private medical insurance in place, so you won’t be a drain on the local health service.

There will likely be other integration requirements and some inevitable paperwork, but if you satisfy these two key conditions your immigration lawyer should be able to match you with a suitable visa.

In Spain this would likely be the “non-lucrative visa”, often called a retirement visa. While you are not allowed to work in Spain with this visa, you can service overseas clients remotely. To apply you must have at least €30,000 in savings, but you can bring relatives by making a joint application.

Read our newly updated guide, How to Live in Spain After Brexit

Portugal’s D7 visa works in much the same way, although wealthy people may also wish to consider its Golden Visa scheme.

Read our newly updated guide, How to Live in Portugal After Brexit.

France doesn’t have a retirement visa but instead non-EU retirees usually apply for a visitor residency permit (a type of temporary carte de séjour). Renewable annually, it requires proof of financial security and healthcare insurance.

Read our newly updated guide, How to Live in France After Brexit.

With all of these, after five years you can apply for permanent residency.