With flights now cheaper than ever to fly to some of the best overseas destinations, owning that long-distance holiday home has never been easier.

It was the arrival of low cost airlines in the mid-1990s that fuelled the overseas property boom in Spain, France, Italy and Turkey. Now, the latest buzzwords in overseas property are “low cost long haul” (LCLH). It might not sound very exciting but means that countries like Canada, Thailand, Argentina and Japan, as well as the western states of the USA, should now be included on holiday home owners’ radars. For British buyers worried about the effects of Brexit, news that the wider world awaits can only be positive.

This week Norwegian Airlines launched its non-stop Gatwick to Buenos Aires service, costing under £260 each way, including taxes.

The usual definition of long haul means a minimum of 4,500 kilometres. This just about includes Cape Verde, the east coast of Canada and central Africa, but excludes all the Mediterranean. By this definition the website anna.aero calculates that London Gatwick is now the world’s centre for LCLH flights, with an increase of 37% in services taking it up to 85 LCLH departures each week. The average flight was 6,908 kilometres. No other UK airport is in the top 15, but Paris and Barcelona all have plenty of LCLH departures. While some LCLH flights from hubs such as Kuala Lumpur, Singapore and LA will be landing in the UK. 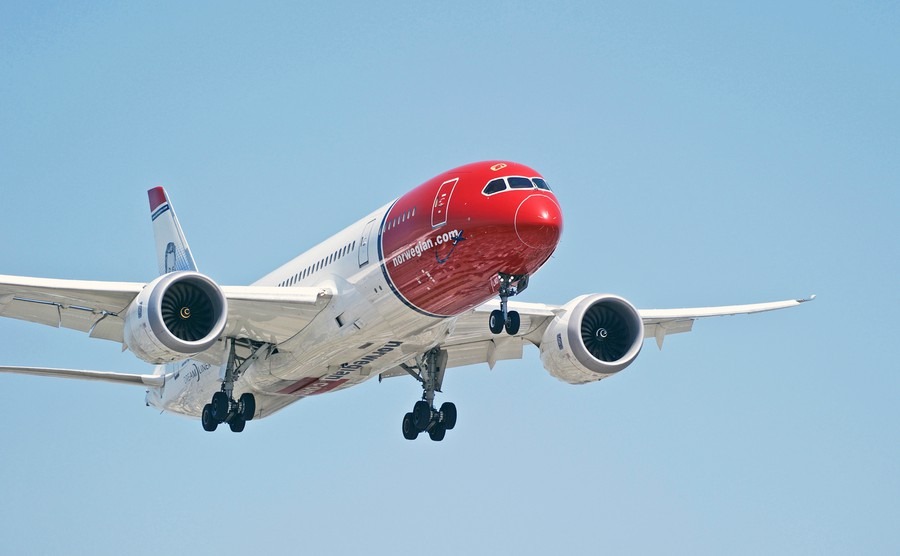 This week Norwegian Airlines launched its non-stop Gatwick to Buenos Aires service, costing under £260 each way, including taxes. New carriers are finding new routes too, such as from Birmingham to Newark, or Stansted to New Boston or Toronto with Icelandic airline Primera Air.

Transatlantic fares start as low as £99, although £149 is more reliable. These fares don’t include meals or checked luggage, of course. Low cost airlines are up front about their service offerings, allowing passengers to choose the services they want and the price they’d like to pay.

It also makes it less painful saying goodbye to families when you emigrate, knowing that it won’t break the bank when your loved ones fly over to see you in Singapore, or Toronto.

Long haul travel can now be customised based on a passenger’s needs and wants. If you’re looking to relocate, or make long haul travel a regular part of your life, it has never been more accessible and affordable. It also makes it less painful saying goodbye to families when you emigrate. You can rest assured it won’t break the bank when your loved ones fly over to see you.

There have been a series of LCLH airlines making a big impact in the last couple years. Recent (2017) data shows an average of 1,454 weekly LCLH departures a week globally, operated by 20 different carriers across 118 airports worldwide. Norwegian Airlines overtook AirAsia X in 2017 as the top LCLH carrier servicing the most flights, and they operate out of Gatwick in the UK.

Transatlantic routes are the most popular and profitable routes for this type of flight, with capacity rising during the summer. Airlines like Norwegian Air, Wow, Eurowings and Air Asia X are leading the LCLH market.

Instead of paying one premium price for a full menu of meals, the latest in-flight entertainment, seat selection, lots of luggage allowance and flexibility, LCLH airlines are offering customizable reservations for passengers, so they can choose what they want (or don’t want), in accordance to how much they want to pay. If passengers want a rock bottom price they can opt for a no-frills ticket. While those looking for all of the comforts of a full-service flight can pay for this too. First-class on LCLH flights is much more affordable than conventional flights, yet offers a good standard of service. The LCLH industry is characterised by greater flexibility. That includes flexibility in the flight experience and in-flight options. It also means flexibility with route selection (with one-way flights being just as economical as return), and in price.

Despite the initial speculation as to the sustainability of the LCLH market, the industry is set to expand in 2018. This will disrupt the airline industry and making conventional airlines think twice about their business model.

Increased competition, lightweight new planes, and fresh and appealing interiors have resulted in customer satisfaction going up while prices going down. When the first LCLH flights were established years ago, the biggest complaint from passengers was leg room and comfort. Even with the lower fares, who wants to suffer on a plane for 10 hours of agony? Now, however, the popular choice of aeroplanes are the longer body designs such as the Boeing 787 Dreamliner which offers more legroom but narrower seats. They operate at lower air pressure, have better lighting systems to cut down on jet lag, have modern and attractive cabins and give passengers the same comfort level they would expect from a standard long-haul aeroplane. The other popular LCLH aeroplane is the Airbus A330. The new Airbus A321neo LR will be entering service with Norwegian by 2020. This will coincide with its expansion to less obvious US cities such as Detroit and Philadelphia.

You are increasingly likely to find yourself on a narrow-bodied plane too, such as the 737 MAX or the A321. These designs are even cheaper to operate and less polluting.

Despite the initial speculation as to the sustainability of the LCLH market, the industry is set to expand in 2018, disrupting the airline industry and making conventional airlines think twice about their business model.

For British home buyers this is all excellent news. Just as the chance of getting your rights to cheap pension and healthcare in Europe is being curtailed by Brexit, a whole new range of options has opened. With Gatwick the affordable gateway to the rest of the world via LCLH flights, and other airports likely to follow suit, where else can we look at buying?

It may not be as well-known as expat hotspots like Toronto or Vancouver, but a province such as New Brunswick has enormous charm and is perfect for people who love forests, lakes and the ocean.

Employment opportunities are plentiful in Eastern Canada. Although salaries will tend to be lower than in Vancouver or the oil-rich provinces, property prices are lower too. Affordable property prices are a particularly attractive proposition for overseas buyers. In July 2017 the average price of a house in Fredericton, New Brunswick was just $187,000 CAD (£112,000). That’s half the average price for a house in Montreal, and around a quarter of the cost of a house in Toronto.

If you are ready to invest abroad within the next few months, call our friendly Resource Team on 020 7898 0549 or email info@propertyguides.com to be put in contact with trusted lawyers, estate agents and currency specialists.

While US and Canadian second-home buyers have fallen for Central America in a big way, for obvious reasons Europeans have been slower to pick up on its charms. At least the cost of flights won’t be such as issue. Countries like Panama and Costa Rica have their fans, but a lesser considered option is Mexico. A resort like Playa Del Carmen is both an interesting investment spot with strong rental yields and an idyllic tropical resort with Cancun just an hour’s drive away. Around one in 12 of the population are expats, and you will find you can easily get by with English.

In the 1880s Argentina was the world’s sixth richest country, and it is still filled with beautiful, grand Victorian buildings. It has a warm climate, friendly people and a distinctly European feel. A short drive outside of the city you will be met with rugged natural beauty, world-class wine regions and attractive villages. Buenos Aires has a bustling business scene, is a culinary hotspot and is rich with arts and culture. The cost of living in Buenos Aires is significantly less than a touristy European city and is full of expats from around the world.

Property has been rapidly rising in price (14% in 2016) but is still relatively inexpensive. You will pay around US$160,000 for a 50 square metre apartment. 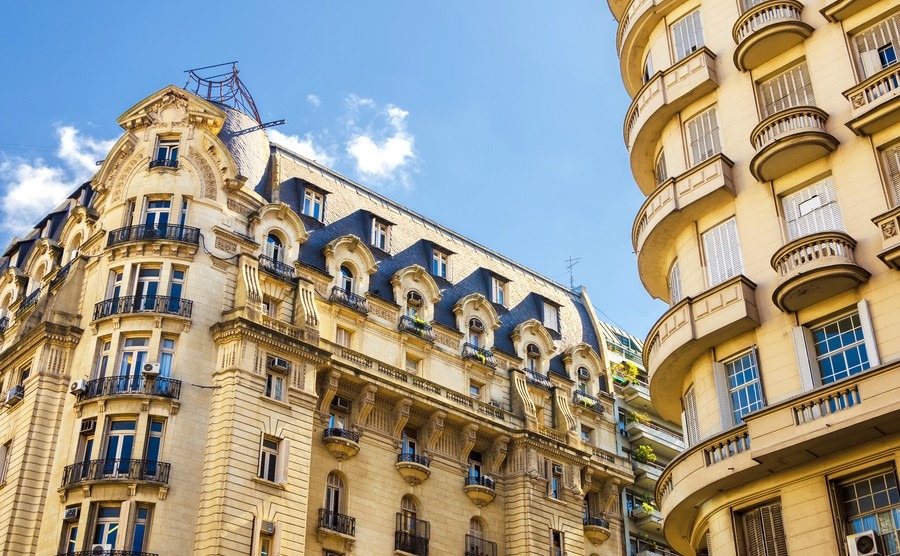 There is no shortage of long-haul flights to Phuket. Now it is more than just an essential stopover on your gap year. While the expat community is centred on the capital, Bangkok, plenty more of us heading to the seaside cities of Phuket and Pattaya, or the enchanting northern city of Chiang Mai. For a little over £1,000 a month you can enjoy a comfortable life with delicious food, fascinating culture and stunning scenery. Thai people are well known for their friendly welcome, and English is spoken widely throughout the country.

For rental, expect to pay about £400 a month for a furnished 500 square metre apartment. Buying a condominium in Thailand is simple, although freehold will require you to buy via a company. Prices have been falling in Thailand, but only by around 1% per year. The Thai government offers a 20-year residency pass for just under £50,000 as a one-off fee or £500 per year. You can also buy a 10-year residency package for a one-off fee of £24,000 plus an annual fee. 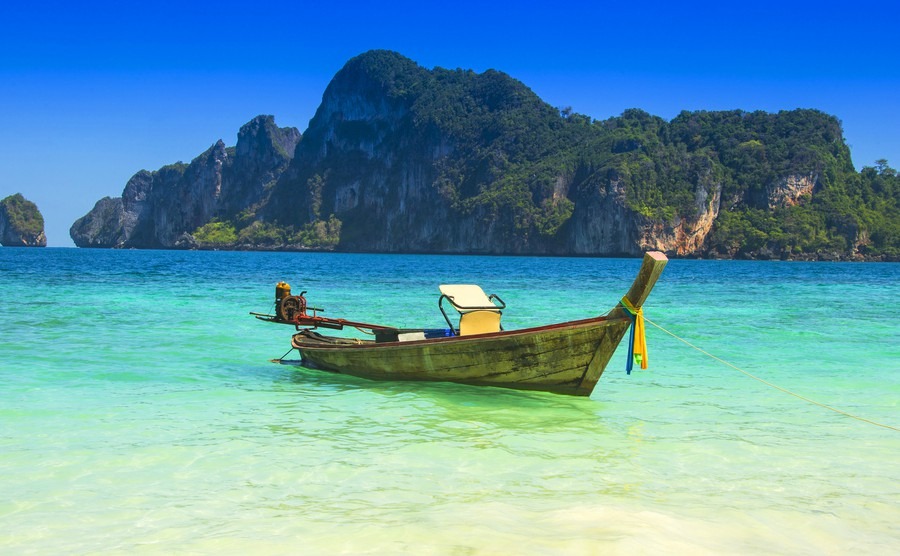 Singapore is an extremely popular destination for expats because of its thriving economy and well-paid job market. You can expect a modern, high-standard of living, as well as first-class medical, transport and education systems. While wages in Singapore are high, the cost of living is one of the most expensive in the world. For this reason, many expats spend a considerable amount of their wage on rent. 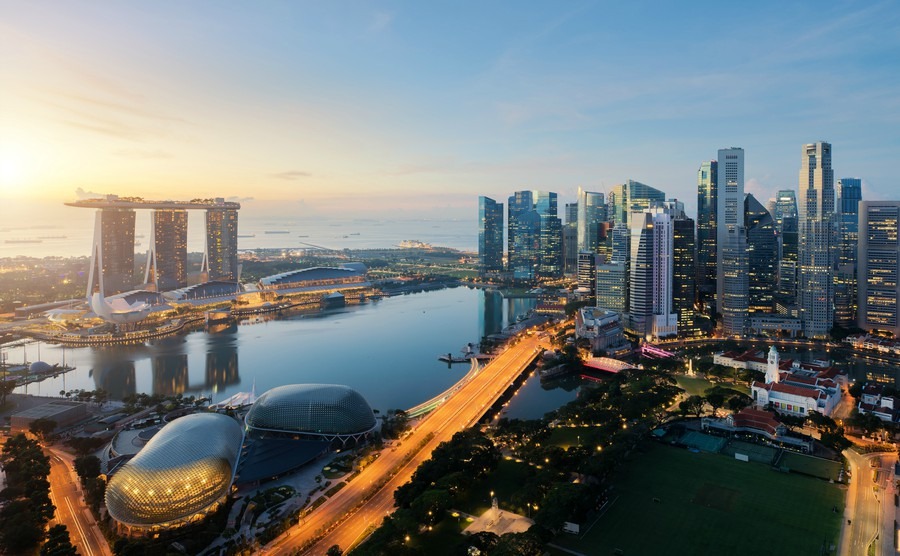 One of the world’s most popular destinations is getting ridiculously affordable due to the depreciation of the Rand. It offers British expats and retirees an excellent place to live, work and enjoy a culturally-rich lifestyle. The scenery surrounding Cape Town will blow your mind, from penguins on the beaches to Table Mountain in the mist. There is so much to do for fun including wildlife safaris, beaches, surfing, wining and dining, you’ll never be short of activities to keep the senses pumping. Whether working remotely while in Cape Town or for an international corporation based in the city, the experience of living in South Africa will be richly rewarding.

Since the financial crash, property prices in Detroit have been incredibly low. Problems with illegal sales and rogue real estate agents meant that many investors were put off. Stricter regulations are now in place to ensure the interests of buyers are protected. In addition, the city is enjoying a resurgence, with many first-time buyers being attracted to the area for its cheap prices and job opportunities with innovators and start-ups. Although property prices were up by 10% year-on-year in 2016, prices still remain some of the lowest in the country, with the average price being just $135,900 (£111,000). Rents were also up in the city by 3.1%.

If you are buying in more obscure areas because of the arrival of LCLH airlines, you need to be aware that airlines will drop unprofitable routes at a moment’s notice. You need to have your exit strategy worked out in advance. Primera Air cancelled its Birmingham to Boston soon after launching it.

If you’re buying a home on a strict budget, learning a few negotiating tips could net a you more house to watch UK TV in for your money. Download our guide, How to Negotiate Abroad. It’s written by a licensed estate agent and is packed with insider tips. 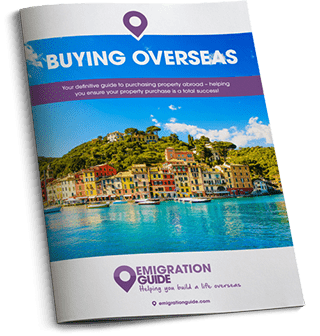 The Overseas Buying Guide walks you through each stage involved in buying property overseas, and offers invaluable insights from expats and experts who understand the process. The guide will help you to: