Benedict Cumberbatch has revealed that he loved the first lockdown as he was filming in New Zealand’s Hawke’s Bay at the time and was left stranded with his family here for months. He wasn’t complaining…

He said that although he was far away from home, “we found a new one.”

The Hollywood star spent five months there with his wife, theatre director Sophie Hunter, and their three young children aged three to six.

Should he decide to make the move permanent, Hawke’s Bay could be a perfect choice. It curves round the bay on the east side of North Island, and its biggest city, Napier, is 300 kilometres from Wellington and 400 from Auckland.

The region is roughly the size of Yorkshire but has a population of only 180,000. So what fills all that empty space? Mainly vineyards and orchards on the plains and sheep and cattle on the hills. 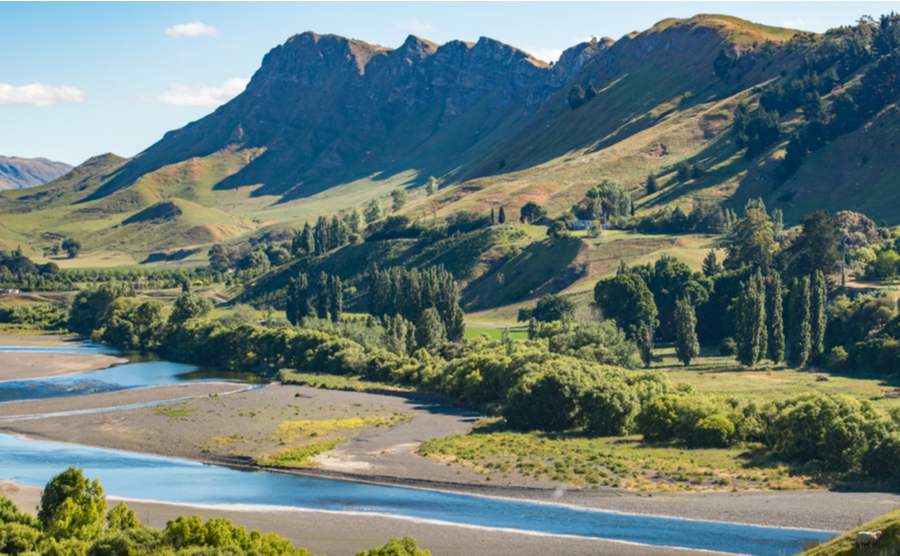 Where to buy in Hawke’s Bay?

The two biggest towns are Napier (population 66,000) and Hastings (50,000). They’re very close to each other, with the former on the seasode and te latter around seven kilometres inland.

The average price of a home in both is around NZ$800,000 (£395,000), but with property prices rising so fast in New Zealand right now that could soon be out of date. Prices are reckoned to be rising at some 30% per year in this area, and that is partly being driven by a shortage of properties, plus the ability to escape the city these days and work from home.

Napier is well known for its 1930s Art Deco architecture, although the reason for that is tragic. An earthquake almost levelled the town in 1931, forcing a rebuilding in the dominant styles of the time.

For homes, the style tends toward spacious bungalows with gardens. There are some beautiful new-build homes available, and this is a great area to try building something new and stylish.