An amazing natural environment and excellent quality of life ensure Vancouver is widely considered to be one of the best cities to live in the world.

Vancouver is widely regarded as one of the most beautiful cities in the entire world, and frequently finishes near the top of world livability surveys, such as The Economist’s latest list, thanks to its excellent infrastructure, education, healthcare and environment. It is certainly easy to see why it is such a popular city: there are beaches, stunning views of snow-capped mountains and great restaurants and nightlife.

Diversity is also a key theme. When walking through the city you will quickly experience a wide variety of cultures: Canadian native, Chinese, Japanese, Portuguese and many other European cultures.

Residents are able to take part in a wide range of outdoor activities throughout the year.

What to do in Vancouver

Vancouver’s large expat community means there is ample opportunity for connecting and socialising with people from the UK, or branching out and experiencing new cultures.

The local sports teams are well supported by Vancouverites: there is the Canucks ice hockey team that play in the National Hockey League (NHL) – ice hockey is a religion around here – and the Whitecaps football team, who take part in the Major League Soccer (MLS) competition. It is also possible to keep up to date with the action back home, although you may have to wake up very early to catch a Premier League game. 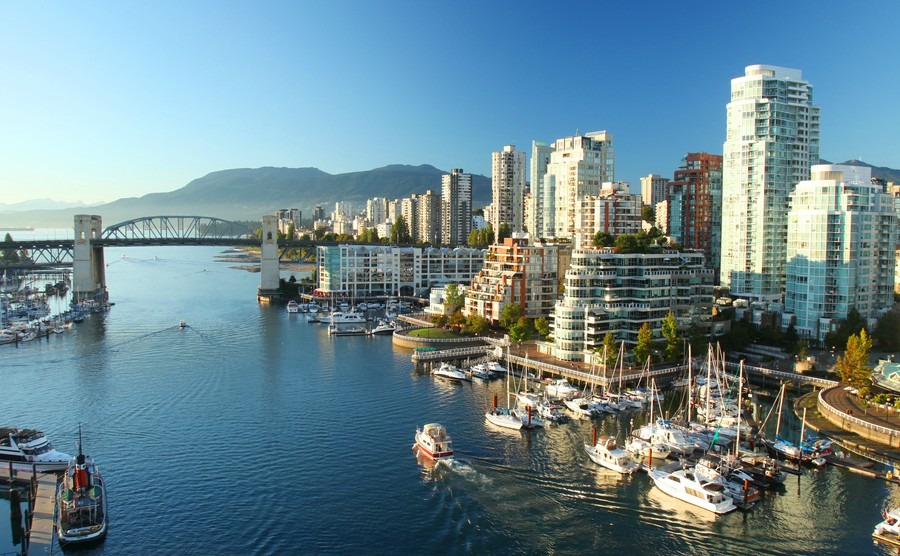 It’s official, Vancouver is one of the most liveable cities in the world.

Vancouver possesses one of the most temperate climates in Canada, meaning residents are able to take part in a wide range of outdoor activities throughout the year. In the summer locals can enjoy the many beaches that wrap around the famous Stanley Park, hiking in the mountain ranges that surround the city – try the Grouse Grind for a real challenge! – or sightseeing at one of the many tourists attractions – try the Capilano Suspension Bridge, which offers visitors a true outdoor adventure above the tree tops. In the winter months the locals switch their attention to snow sports, and who can blame them with the world-famous Whistler Village ski resort – one of the largest ski resorts in North America – only a two-hour drive away. Plus there are plenty of smaller mountains located just 25 minutes from the city if you fancy shredding powder after work.

The world-famous Whistler Village ski resort only a two-hour drive away.

While the scenery and activities available in Vancouver are second to none, there is a cost to pay. The cost of living, while comparable with Toronto, is higher than almost any other Canadian city. While housing costs are rising, the rate has slowed a little over the past year or so thanks to some cooling measures introduced by the local government. When you speak to most locals, however, you soon find that they will happily put up with the higher cost of living in order to be able to call this stunning city “home”.