Running a car in Canada: from insurance to traffic lights

With all that space and stunning scenery, driving in Canada is truly a pleasure. Before you hit the roads, find out how much it will cost to run a car there, and what you can expect when you’re behind the wheel.

Budgeting is an important step in preparing for a move to Canada. One of the essential living costs you will face is running a car. For most Canadians owning a car is essential to maintaining a normal life. Outside of city centres there may not be an extensive public transport system like those found throughout Britain. In most cases there just isn’t the population to support it, given the sheer size of Canada. Severe weather conditions can also make public transport unreliable in the winter.

Motorists in Canada do not have to pay road tax.

Given that the UK is one of the most expensive places in the world to own and operate a car, readers will be relieved to hear the average cost of running a car in Canada is cheaper than back home. One of the main differences between the two countries is the cost of petrol: on average a litre in the UK costs £1.13, while in Canada a litre costs around $1.12 CAD (£0.69). What’s more, motorists in Canada do not have to pay road tax. There is also no such thing as an MOT in Canada; there are, however, safety testing regulations and emission testing programmes, but they are not conducted annually.

There are various tools to help soon-to-be expats budget for Canadian car ownership. The Canadian Automobile Association (CAA) have their own online calculator, which can be a great resource. 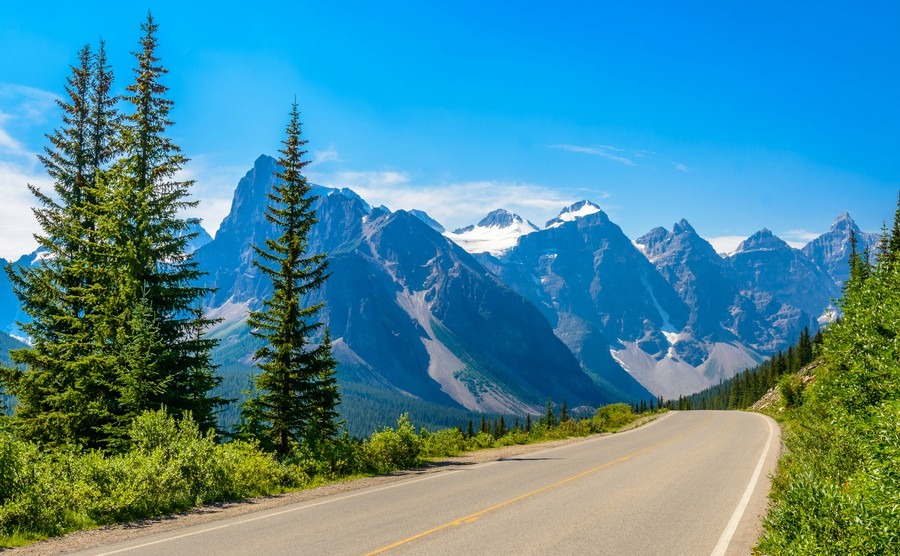 Trying to keep your eyes on the road can prove difficult in a country with as much natural beauty as Canada.

All cars must have a valid insurance policy with a minimum of third party cover in Canada – as is the case in the UK. The most notable difference between the Canadian insurance systems and the UK is the requirement for a minimum amount of liability cover, which stands at $200,000 (£120,800), unless you are in Quebec where it drops to $50,000 (£30,200). Newfoundland and Labrador is the only territory or province of Canada where you aren’t required to cover your own medical insurance costs and loss of income if you sustain injuries in a road accident.

All cars must have a valid insurance policy with a minimum of third party cover in Canada.

The first difference you will notice is that Canadian’s drive on the right. This can be a daunting change to some, but it is actually pretty easy to get used to and soon driving on the right will become second nature. Aside from this, there are other more subtle variances; for example if the roads are clear it is fine to turn right at a red traffic light. You may also notice some traffic lights have a flashing green, this means that particular traffic light is operated by pedestrians – if there is no one there to press the crosswalk button the light will remain green. Regardless of the differences once you have been driving for a little while you will have no trouble on the Canadian roads.