With cultural events aplenty, a real sense of history and affordable living, it’s easy to see why Montréal is a popular destination for expats who have fallen for Canada.

The province of Quebec in the eastern part of Canada is the second most populated province in the country, with its neighbour Ontario pipping it to the title. You won’t have to worry about overcrowding here, however, because one category it does top is Canada’s largest province, spreading over 1.5 million square kilometres – making it 6.4 times larger than the UK.

Around seven million (20% of the population) Canadians speak French as their mother tongue, with Quebec accounting for a significant proportion of this figure. This gives Quebec a very European feel, particularly in its largest city – Montréal.

The city’s arts and entertainment districts are world renowned.

Montréal’s location in the eastern part of Canada means it’s just a seven and a half hour flight from London. Being in the southern part of Quebec, just a 45-minute drive from the US border, ensures Montréal also offers convenient access to the states that make up the picturesque region of New England in north-east America. Although largely French-speaking, there are many English speakers living there, including a large British expat community.

As Canada’s second largest city, Montréal is arguably its most diverse and offers residents and visitors a lively and engaging experience. The city’s arts and entertainment districts are world renowned with over 250 theatre and dance companies, more than 90 festivals and a selection of creative neighbourhoods that have helped forge the city’s cultural identity.

The enchanting streets of “Old Montréal”, with their 18th-century facades, transport visitors to what seems like another time from European history. Elsewhere you can discover the breath-taking Basilique Notre-Dame, terraced cafes of Plateau Mont-Royal and 20th-century icons like the Stade Olympique and Habitat 67. Even its geography is intriguing, set on the Island of Montréal in the Saint Lawrence River and named after Mt. Royal, the triple-peaked hill at its core. 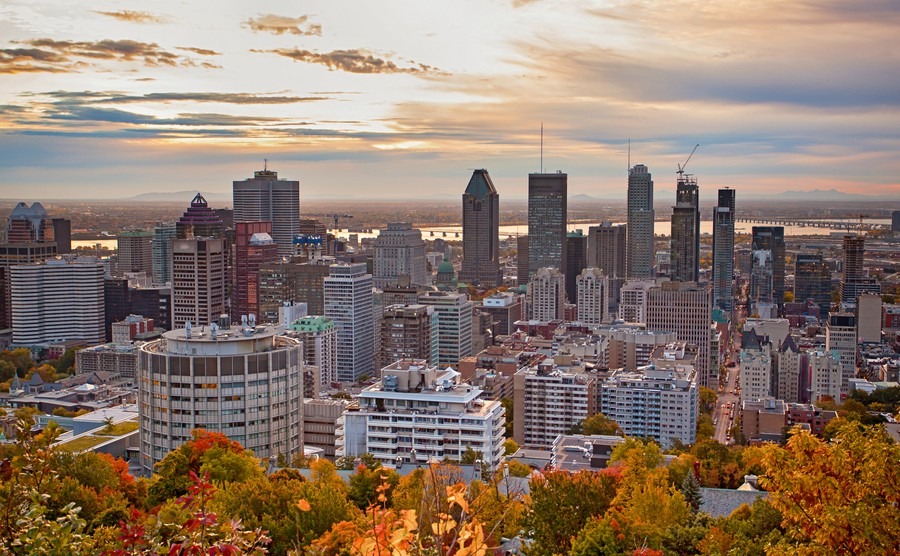 Crime rates in Montreal are lower than most North American cities, and are actually declining. There is also an extensive transportation system called la Société de Transport de Montreal (STM), which provides bus and metro services to locals and tourists alike. There are strong employment opportunities, particularly within the technology and creative sectors, which often look to immigration as a means of filling vacancies and skills shortages.

If you have a young family you will be pleased to hear Quebec is Canada’s only province with heavily subsidised day-care for infants. Parents pay just C$7 (£4) per day for full-time care – a public policy that makes parents located in every other part of Canada very jealous.