Where is the next Crossrail?

With lack of space and millions of people on the move each day, transport is a vexed issue for many British people trying to get to work on time. For investors, property near transport hubs seem to offer good returns. For home buyers, they offer exciting new developments that are great for commuting. Here are a few infrastructure projects to consider.

The state of British transport might be something of a national joke (and what drives many British people to emigrate!) but the essential problem is that the country is quite crowded and people are very busy.

So if you are looking for new-build property, follow the traffic jam!

This means two things for property buyers in the UK. Firstly, there is significant and continual spending on new transport infrastructure to keep the country moving as efficiently as possible. Secondly, developers will always try to find a way of including new homes in any major project in order to pay for it. Indeed, often it is part of the deal. A local council in need of a town bypass will ask a developer to build the road for free in return for being able to build several hundred homes.

So if you are looking for new-build property, follow the traffic jam! 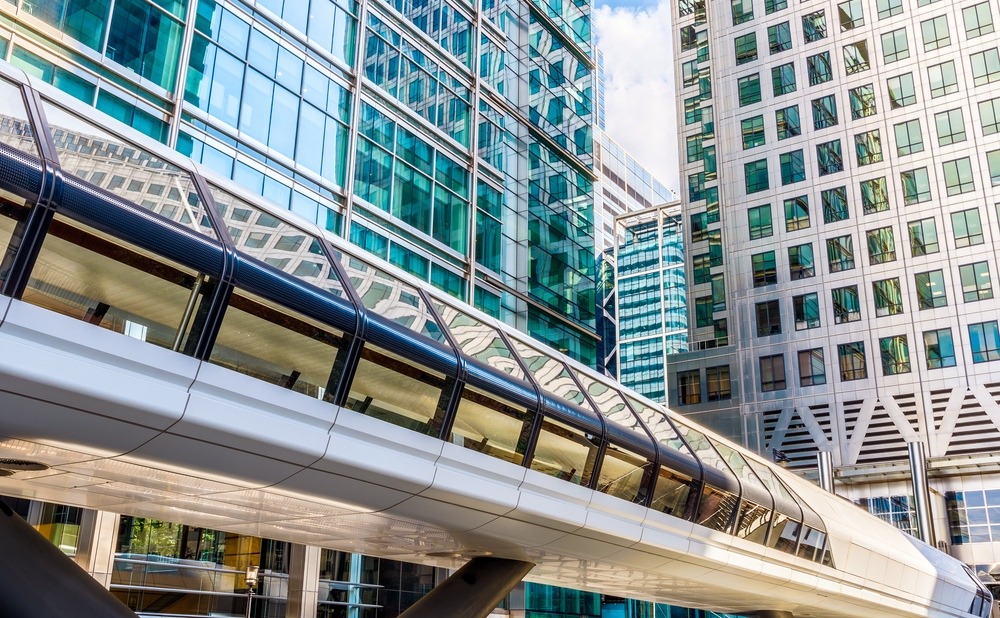 Transport spending is also used by the national government to try and spread wealth around the country. The Northern Powerhouse concept is an attempt to create dynamism in England’s northern cities, but it is underpinned by HS2 (High Speed 2), a new rail link between north and south. Within London, Crossrail (aka The Elizabeth Line) stands to radically improve commuting distances in the capital.

Crossrail in particular has had a huge effect on prices along its route. The “Crossrail effect” could see prices rise by 35% over the next two years (it is due to open in December 2018). That is at a time when London prices in particular are flatlining.

You may have missed out on Crossrail profits. It has, after all, been known about for years and prices have already risen for homes within walking distance of a station. But elsewhere road, rail and airport building is continuing apace (and apparently ignoring any worries about Brexit, driverless vehicle technology and, indeed, green issues). So here are our pick of the infrastructure projects that residential buyers should be thinking about.

It’s a little early to start investing on the route, as it is still up for discussion, but as the north to south version of Crossrail 1’s east to west, this holds huge potential. If it goes ahead, Crossrail 2 is likely to run from Hertfordshire, north-east of London, down past Wimbledon to Surrey in the south-west. According to its website, “Crossrail 2 would support the regeneration of 200,000 homes across London and the South east.” 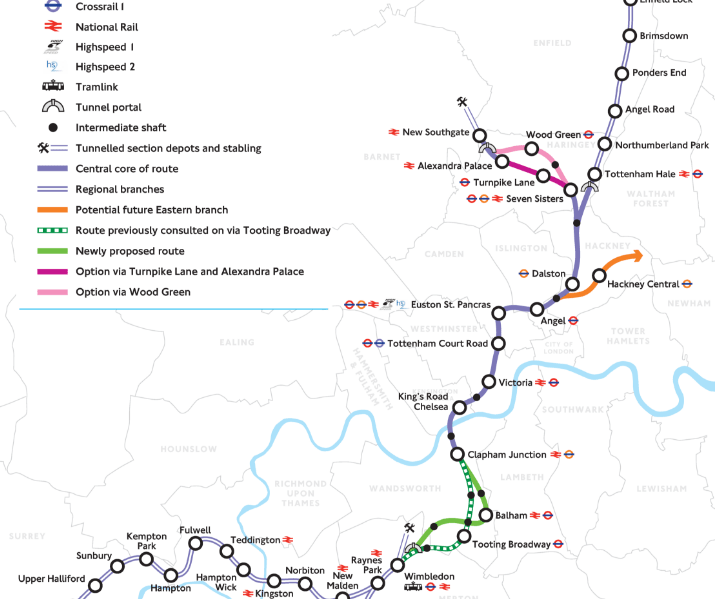 High Speed 2 is the most costly and controversial transport project in the UK since… the last one. It is due to begin operation at the southern end by 2026, linking London with Birmingham in just 38 minutes. It will eventually connect up to Manchester and Leeds by 2033.

Right now, the news is all about the people whose homes are being demolished to make way for the new line. However, when complete it will include 25 stations and link eight of Britain’s ten largest cities, including 30 million people. Towns and cities like Coventry, Litchfield, Derby, Toton, Chesterfield and Crewe will be within commuting distance of London, Manchester, Leeds and Birmingham.

That should encourage wealth to remain in the Midlands and North. But could it damage property values in London?

Recently approved by the Department for Transport, Silvertown Tunnel will go under the Thames. It will more or less follow the path of the Emirates Air Line cable car from Greenwich to Docklands. Or from the O2 arena to the Excel exhibition centre, if that makes it any easier to picture.

For property buyers, it is what will happen to the eponymous Silvertown that is more exciting. A largely derelict wasteland for many years, a recent £3.5billion project to create 3,000 new homes seems to be in trouble. Something else looks likely to follow it with the tunnel now approved.

Don’t get ripped off! Whatever types of property in the UK you’re after, how do you ascertain the true market value when you’re based overseas? Read our guide: How to Negotiate Abroad, for advice on calculating a fair price

There are two major transport projects involving one of the world’s great university towns (and a hi-tech hub too, nicknamed “Silicon Fen”). The first is the road from Cambridge to Huntingdon. This is a £1.5billion project that will cut jourrney times significantly from the market town to Cambridge. The UK’s biggest road project involves widening the A14 and building 34 new bridges and structures.

The second major project is the “Varsity Line”. This is a railway line between Oxford and Cambridge at a potential cost of £7 billion. Although each project will involve residential development, the injection of cash into the local economy shoud also push up property values in the next few years.