The UK’s digital sector is growing twice as fast as the wider economy.  Furthermore, between just 2014 and 2017, employment in the sector grew by 13%. It’s clear that there are plenty opportunities out there for digital specialists looking to move to the UK. Plenty of well paid opportunities, that is: on average, the average advertised digital salary is 44% higher than a non-digital one. If you’re looking for where to find a tech job in the UK, look no further. We’ve put together a list of the top ten digital hubs with a great quality of life right across the country.

The UK has tremendous opportunities for international tech specialists. It’s the most internationally connected tech ecosystem in the world: 33% of tech company customers are based outside the UK. London even beats Silicon Valley and New York for global-focused product development. Not only that, but there’s a huge variety of property available to international home-buyers. 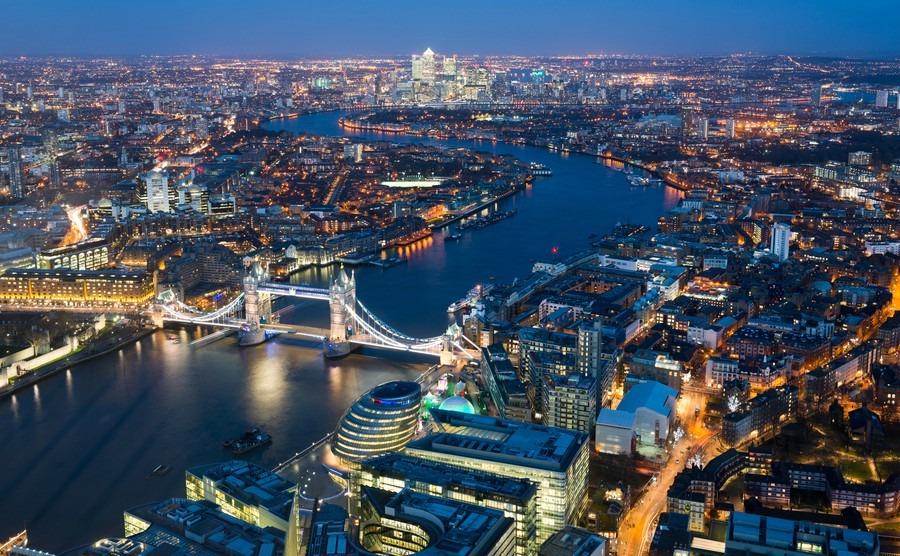 London is one of the foremost tech hubs in the world.

London is one of the world’s undisputed digital leaders. Its 187,427 (and growing) tech companies have a joint turnover of over £285 billion. Brexit isn’t dampening things yet, either – its tech firms raised a record $6.6 billion in funding last year.

The UK is the most internationally connected tech ecosystem in the world: 33% of tech company customers are based outside the UK. London even beats Silicon Valley and New York for global-focused product development

Living in London, you’ll have access to a wealth of culture, from West End theatres and world-class museums and galleries like the V&A and National Gallery, to top concerts and plenty of dining options from around the world. However, this does come at a price – property here is not cheap. 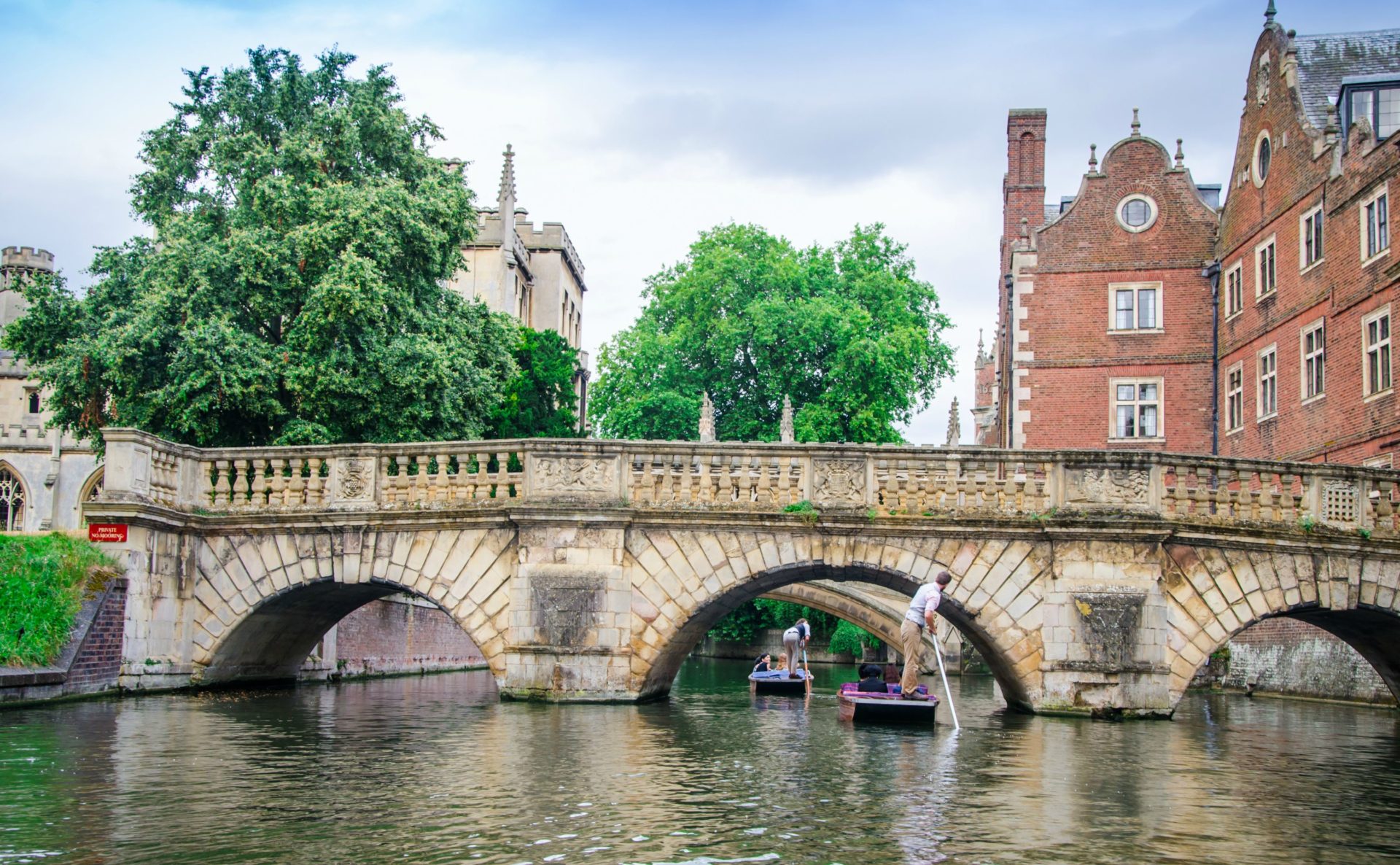 Cambridge, despite its fame for its historic architecture, has become one of the UK’s top tech hubs outside London.

Cambridge is the UK’s most mature tech hub, profiting immensely from the university presence. The city’s companies have a special strength in AI and machine learning, and have a tech turnover of £2.1 billion. This is a market with big opportunities. 95% of local start-ups see big tech growth potential, but 54% say they lack highly skilled workers – so there are plenty of jobs going.

Get your search off to a good start by exploring our guide, How to Negotiate Abroad, for advice on working with estate agents.

Cambridge is one of the country’s most beautiful small cities, with historic architecture in abundance. In good weather, enjoy punting down the river past some of the most famous colleges. The centre is walkable and there are seven officially ‘outstanding’ secondary schools if you’re looking for where to find a tech job in the UK with your family. 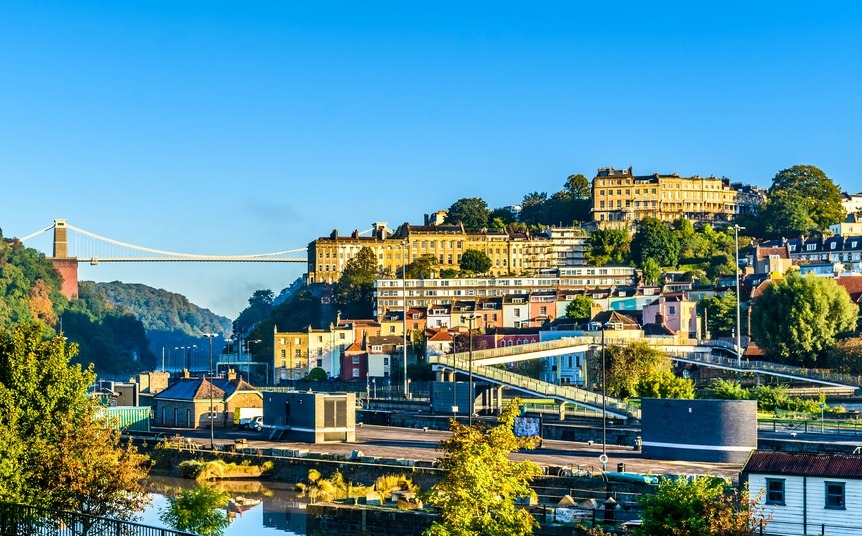 Bristol’s the biggest city in the Southwest and attracts a significant amount of investment – and also has an excellent quality of life.

If you’re looking where to find a tech job in the UK, you could do a lot worse than Bristol. It has a particular strength in robotics, microchips and aerospace. It’s the HQ for supercomputing expert Cray in Europe and has the UK’s top robotics research centre, the Robotics Laboratory. Its digital turnover of £8.1 billion is in no small part due to its high number of officially high-growth firms – making up 17% of the sector in the city.

Bristol, a former industrial centre, has undergone a lot of gentrification in recent years. It topped the Sunday Times Best Places to Live Guide in 2017 – no wonder with its buzzing city centre and easy access to surrounding countryside and the River Severn. 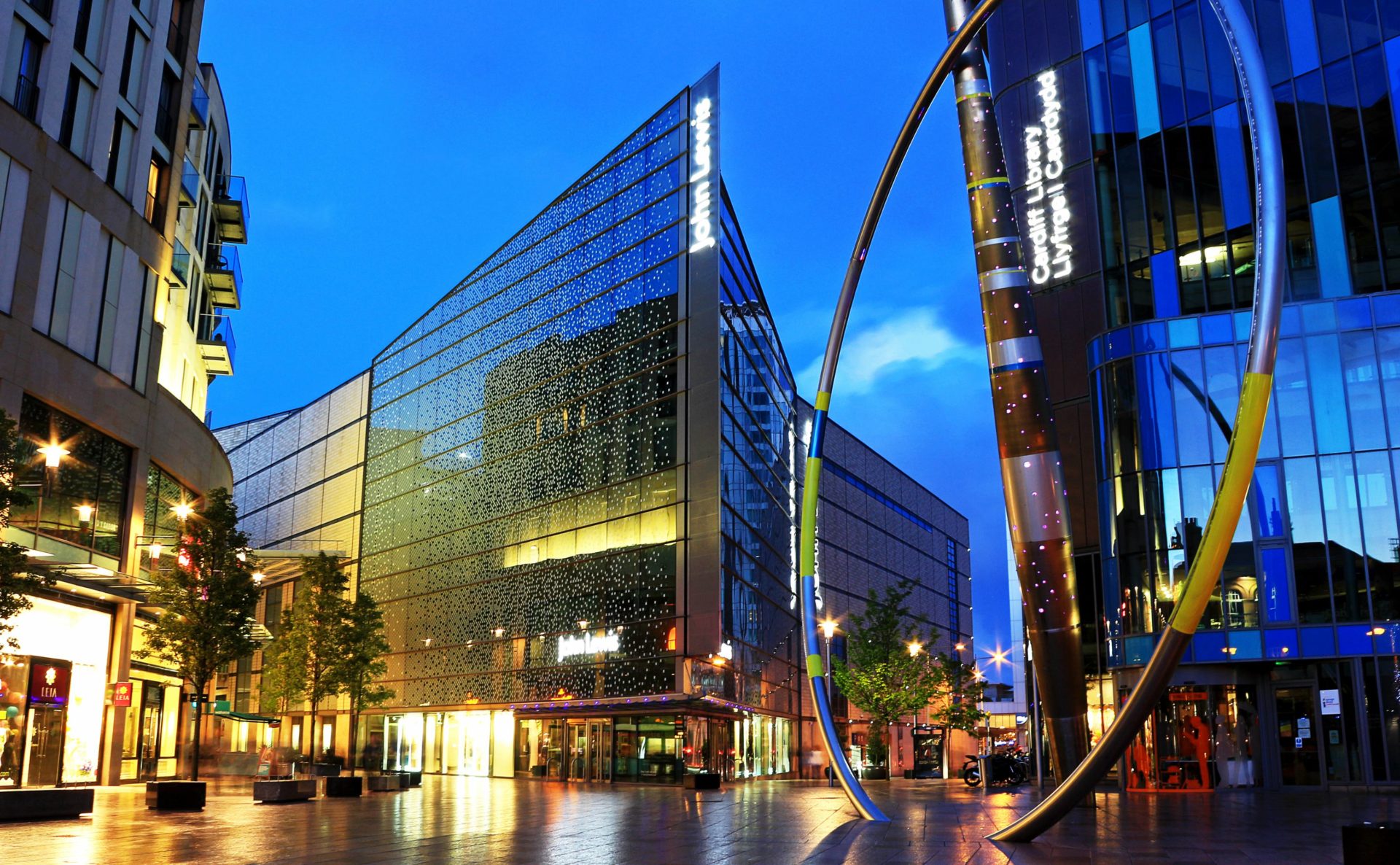 Cardiff’s undergone a huge amount of regeneration and has fast become one of the UK’s top tech hubs. MA Photograph / Shutterstock.com

89% of start-up respondents to the Tech Nation survey cited the quality of life as their top factor in living here. The bustling city centre and recently regenerated docks always have something on offer, while seaside suburbs like Penarth are just a short train ride away if you’re looking for peace and quiet. 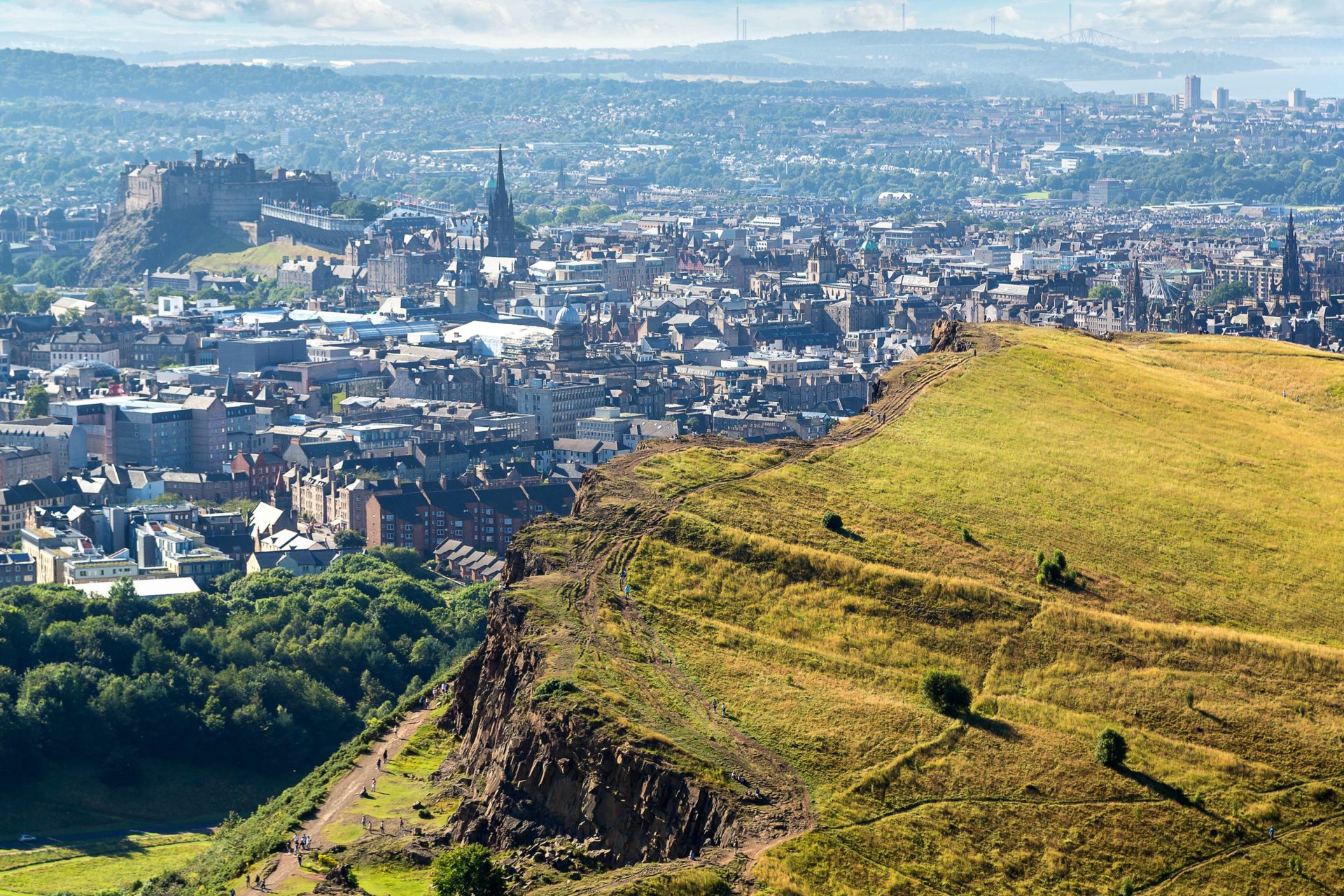 Edinburgh offers the vibrancy of a capital combined with comparatively low living costs.

Edinburgh’s got a lot to shout about: it won Entrepreneurial City of the Year in 2017, it hosts the UK’s largest tech incubator, CodeBase, and is home to global ‘unicorns’ like Skyscanner. It’s seen an 85% growth in its combined digital turnover – so there are still clearly plenty of great things to come.

Edinburgh has been nicknamed the ‘Athens of the North’ for its elegant, neoclassical architecture. This walkable (if not exactly flat) city has everything you could want: plenty of shops, historic architecture and a castle, easy access to the seaside – oh, and an extinct volcano with stunning views across Edinburgh. 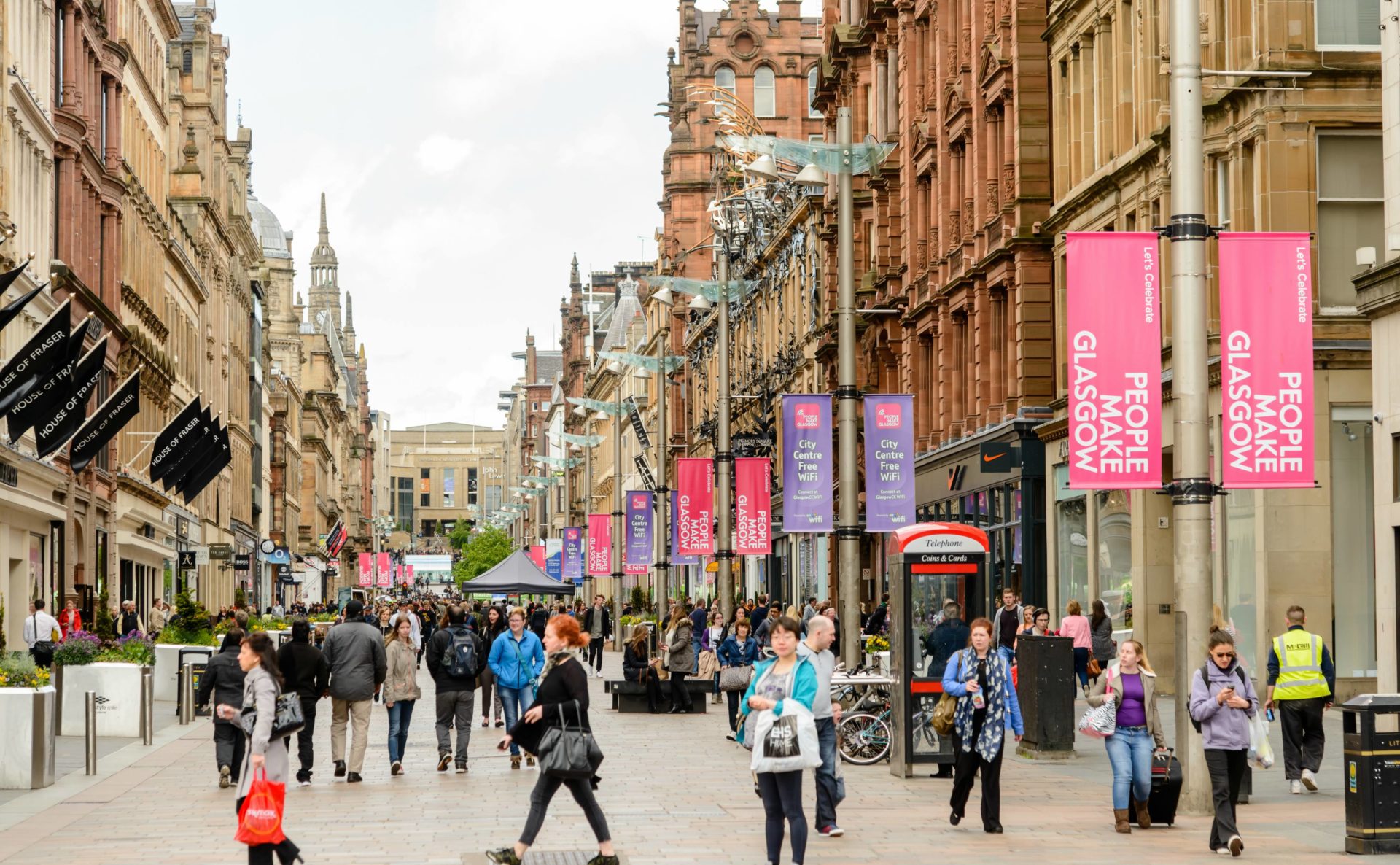 Glasgow’s a great place if your search of where to find a tech job in the UK is focused on space tech. confield / Shutterstock.com

Glasgow has surprised observers in recent years by rapidly becoming a centre for space technology, in particular satellites. In 2017, it built more satellites than anywhere else in Europe. The Tonetin building’s been renovated as an innovation hub, with plans to support 134 high-growth firms in just five years.

Glasgow is Scotland’s largest city and has a proud identity and long history. It’s extremely affordable and has the second most important retail centre outside London, nicknamed the ‘Style Mile’. The old Merchant City district has been redone into a ‘cultural quarter’ known for its galleries and the annual Merchant City Festival. 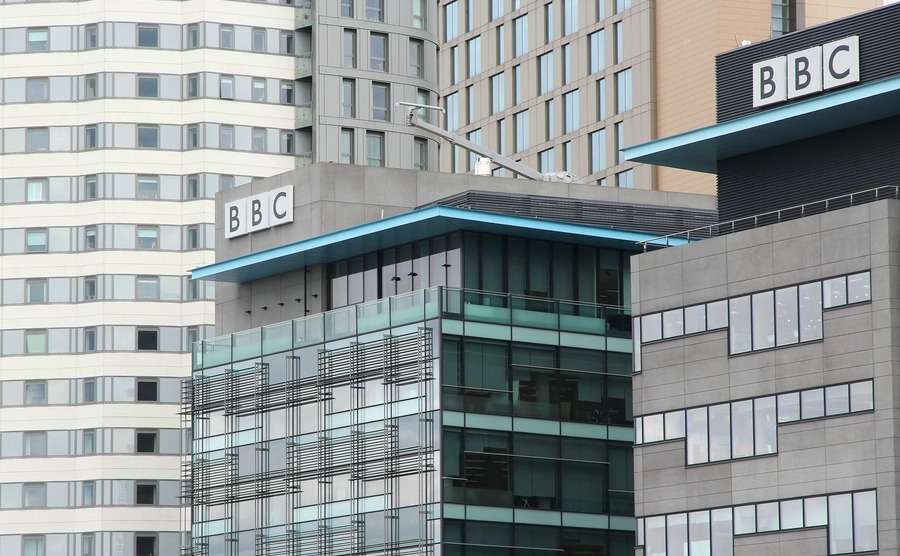 MediaCity has attracted big names including BBC and ITV Granada to the city. Tupungato / Shutterstock.com

A massive 898 start-up births and £2.9 billion in turnover makes Manchester a big player in the tech world – great news if you’re looking where to find a tech job in the UK. 28% of the North’s fastest-growing digital companies are in the city, while MediaCityUK hosts the BBC and ITV Granada. The CityVerve project has got £10 million in support to test ‘smart city’ connections from transport to healthcare.

Manchester’s a centre for football and music and has excellent links to the surrounding region, including the famous Peak District. The Castlefield Conservation Area has transformed the old canals and industrial districts into a leisure destination with lots of cafés, bars and restaurants. 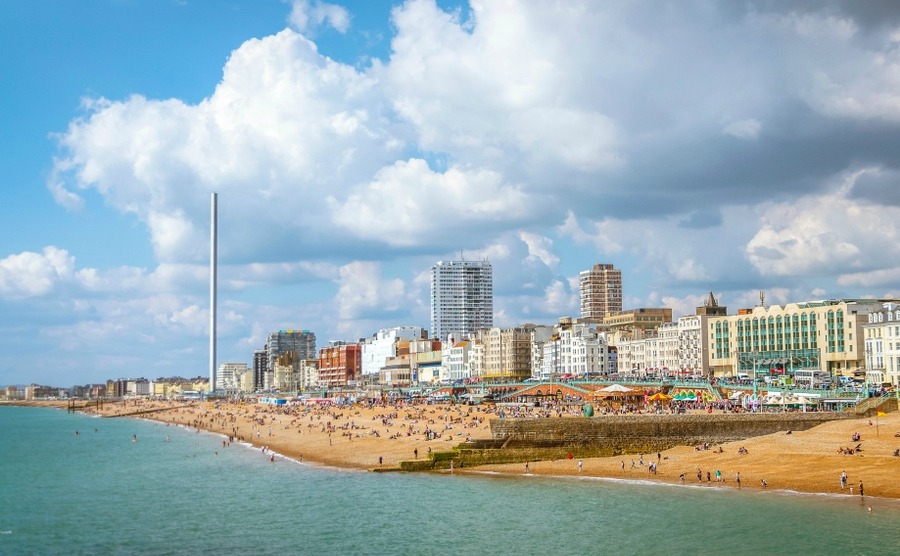 Brighton’s creative scenes makes it no surprise that it’s a destination for creative agencies.

Brighton, along with Southampton and Bournemouth, makes up a spread-out digital cluster along the south coast. Its arty reputation makes it unsurprising that its home to many design studios and agencies. It also hosts the Brighton Digital Festival and has a notable number of ‘skill-swap’ events going on across the city year-round.

Brighton’s buzzing scene makes it a viable contender to many larger cities.

Brighton’s known for its vibrant cultural calendar, with plenty of festivals from the Brighton Fringe to Pride and the Science Festival. It’s close to the beautiful natural park of the South Downs and, of course, has its own famous seafront and beach – particularly popular among Londoners due to the excellent transport links. For those exploring where to find a tech job in the UK, Brighton’s buzzing scene makes it a viable contender to many larger cities. 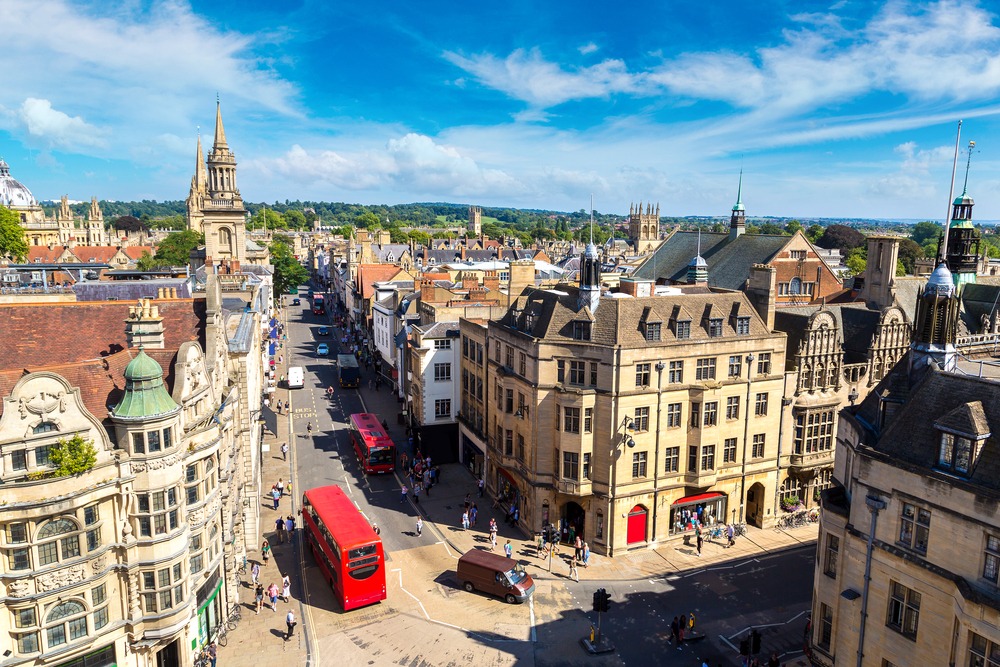 If you’re looking where to find a tech job in the UK, Oxford offers small-city living and high salaries.

Oxford saw over 232 start-up births in the last year, while Oxford University Innovation launched 24 high-tech companies in just one year. A leading talent pool living locally means there’s a lot of opportunities for businesses to grow – the sector’s turnover growth is 43%. Local company Sophos achieved the largest IPO of any UK software company in 2015. The science park in nearby Abingdon is also a popular location for tech companies.

Make sure you understand how to control the risk of losing money when transferring overseas by reading the Property Buyer’s Guide to Currency from our trusted partner, Smart Currency Exchange.

The top-cited factor in local start-ups’ satisfaction in being in Oxford is the quality of life. It’s a small, historic city that nonetheless has plenty of things going on, including the Literary Festival in April. The area around Bardwell Road and Norham Road is one of the most desirable in the city, with large Victorian villas. Connectivity’s also great, being only an hour by train from London Paddington and Marylebone. 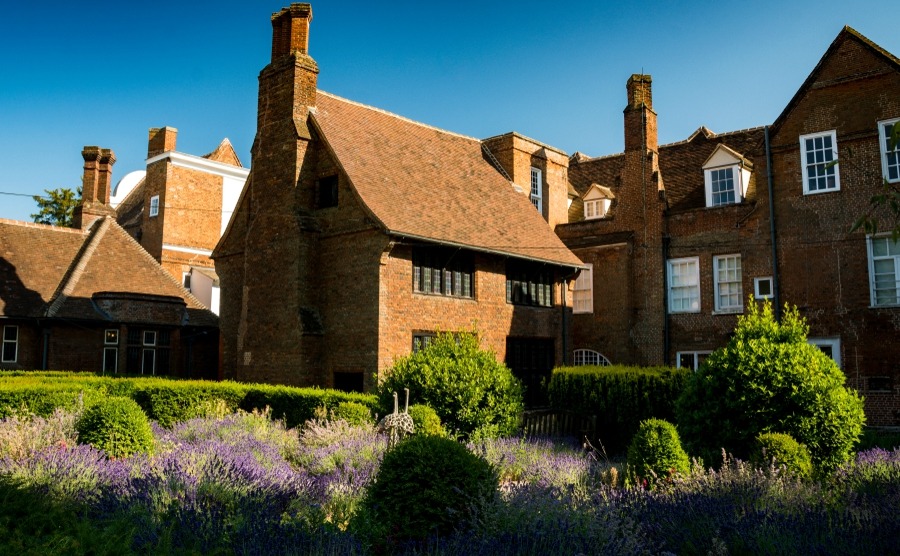 Ipswich is one of the quieter tech hubs in the UK.

This is an often-overlooked mature tech market. Its strength is in telecoms: Adastral Park houses BT’s Global Research & Development Campus and a cluster of more than 90 high-tech businesses. The Tommy Flowers Institute is building collaboration between academics and business to research cyber security, autonomics and converged networks. In 2017, it had a digital turnover of £250 million.

The only town on our list, Ipswich is ideal if a laid-back lifestyle is a key decider in choosing where to find a tech job in the UK. Its historic town centre has a regular market and lots of charming old architecture. It’s surrounded by green countryside and is known for yachting, with several marinas in close proximity.

Deciding where to find a tech job in the UK

If you’re deciding where to find a tech job in the UK, you can really find somewhere to suit any lifestyle – from the bright lights of London to country living in Ipswich. Make sure to keep up with UK Property Guides with more information, and download the guide below for comprehensive information.