Returning to the UK: can you claim benefits?

Each year some 600,000 people move to the UK. A large proportion of those are British people coming back. They may have been living abroad for work, for their health, for early retirement, or with their parents. Many of them will be entitled to benefits. But to claim benefits when returning to the UK your first requirement will be to pass the Habitual Residence Test.

Around 20 million people in Britain claim some sort of benefit. The majority of that is a state pension, which around 13 million people claim (not all in the UK, of course). But some four million claim housing benefit and over one million claim benefits such as employment benefits, personal independence payments (PIPs) and Disability Living Allowance. There are also benefits such as Bereavement Support Payments, which was paid out to 53,000 people last year. Child Benefit of £20.70 per week for the first child (£13.70 for additional children), is paid if the parents earn under £50,000.

Buying in the UK is safe, but your money is exposed to ‘currency risk’. Don’t commit to a purchase before reading the Property Buyer’s Guide to Currency.

So if you are returning to the UK from abroad, perhaps cashing in on the weakened pound, with British properties some 10% cheaper, you may well be entitled to some kind of benefit. But how do you get it?

Before you even get to any means-testing (i.e. decisions that are based on your income or wealth) there are essentially two tests.

The first is that you have a legal right to live in Britain – known as the “right to reside”. Any British or Irish citizen returning here should have a right to reside here, so we’ll move swiftly on to the next test to determine if you can receive benefits. This is based on whether the UK is really now your home. It is called the “habitual residence test” (HRT).

The test is intended to establish whether you’re here temporarily or are going to “make the UK the centre of your life.”

You’re likely to be tested if you’ve been away for more than three months – which isn’t a very long time – either living or working. Any less than that and you’ll simply be a “returning resident”. If you no longer have a home or family in the UK you are more likely to be subject to the test.

Essentially, the test is intended to establish whether you’re here temporarily, in which case you would fail, or are, in the words of the government website, going to “make the UK the centre of your life.” It will also have an impact on whether you may access free healthcare from the NHS. 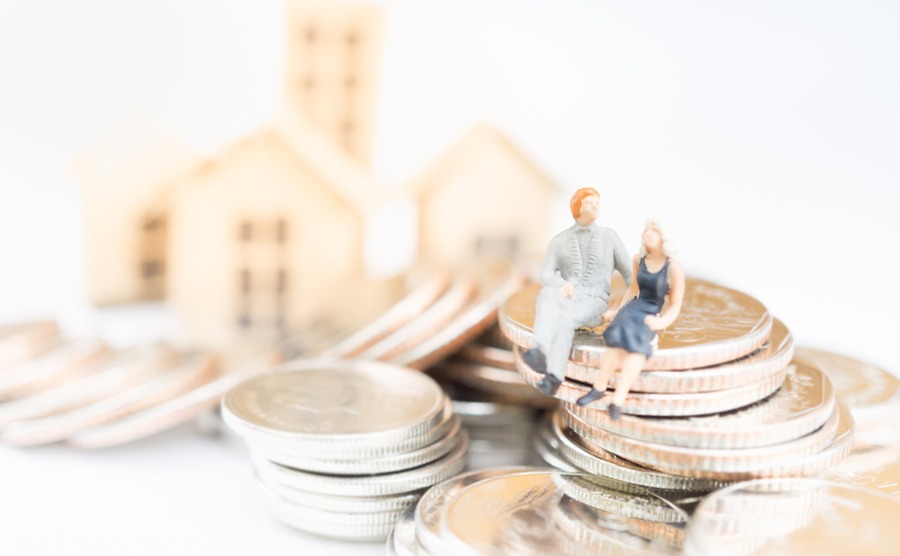 Almost half of British people claim some sort of benefit; but hoiw do you apply?

The Department for Work and Pensions (DWP) or other benefit agencies will do that by looking at your ties in the UK and those that you’ve cut to your previous country.

How can you ensure you pay a fair price when buying in an unfamiliar market? Read our free guide: How to Negotiate Abroad.

The HRT looks at what ties you already have in the UK and what you are doing to make the UK the centre of your life. The will also want to know how much you have cut ties with the country where you were living before. You will be asked a series of questions tailored to your individual circumstances to try and find out this information. You should be ready to give as much evidence and documentation as you can if you are asked these type of questions.

The test may be done face to face, over the telephone or online, and you wil normally have to show evidence that this is your main home and you plan to stay, in the form of documents. Unlike those becoming British citizens, however, there is no test of British history etc!

Firstly, it probably won’t be worth trying to claim benefits when returning to the UK until you’ve been back for an “appreciable period of time”, as the Government puts it. That’s at least a month. So the first bit of evidence is your plane tickets or boarding pass. Of course, you could have just nipped back three months ago, so the DWP may also ask to see a copy of your rental agreement on your UK property (usually known as a tenancy agreement).

If you’re working, they may ask for your wage slips or tax documents. If you’re retired or not working, a bank statement will help your case. These will need to be original documents rather than copies.

You certainly don’t need to have cut all ties abroad. You can still own property there, have a bank account and even receive income from abroad

It will also support your case if you can show a document showing you winding up affairs abroad. That could be evidence of the end of your tenancy abroad. Of course, you certainly don’t need to have cut all ties abroad. You can still own property there, have a bank account and even receive income from abroad. The essential test is that the UK is “the centre of your life”.

Other good evidence might be a letter or email from your doctor or dentist, evidence that your children have started school here, or even membership of a local club.

Even those who pass the HRT won’t be considered habitually resident when claiming “income-based jobseekers allowance” for the first three months back in the UK. You will need to plan how you can support yourself during that time.