Today we look at the latest property market headlines making waves in Ireland.

The results of a new survey of the Irish property market by GeoDirectory Ireland have revealed the latest average asking prices for properties across the Emerald Isle.

The highest property prices in Ireland are found in Dublin, Wicklow and Kildare.

The results of this survey also revealed the counties with the highest vacancy rates, which included Leitrim, Donegal and Kerry.

Should the Irish Government make the decision to scrap the Universal Social Charge (a tax on income that has been in force since 2011), they have been warned they may need to increase property tax by as much as 600%, while also increasing prices of tobacco, petrol and diesel.

The documents revealing these predictions have been drawn up by the Irish Department of Finance, and they expressly warn against the removal of the levy, stating that it would be a backwards step.
In place of scrapping the USC levy entirely, the Department of Finance has proposed four alternatives that could replace the revenue should the Government proceed with abolishing this charge. 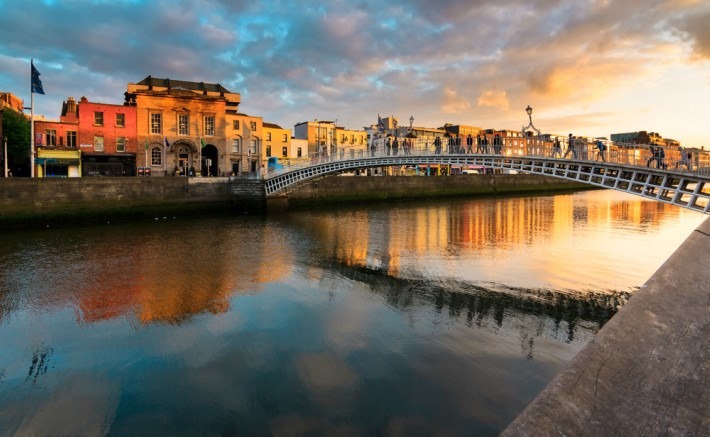 Dublin has one of the highest property prices.

To account for the levy being scrapped the Department of Finance propose increasing the price of diesel and petrol by 18 percent. Excise duty on a pint would need to be increased and they would need to reintroduce the 13.5 percent VAT rate for the tourism sector, as well as raising all other forms of VAT to 25 percent.

They propose increasing the lower income tax rate from 20 to 25 percent, and the 40 percent income tax bracket to 45 percent.

Ireland’s current corporation tax sits at 12.5 percent. The Department of Finance suggests increasing this to 19.75 percent.

It is yet to be seen whether the Irish Government will move forward with plans to phase out the Universal Social Charge, although Fine Gael (Ireland’s largest political party) are in favour of the move.