Why retiring abroad will improve your well being!

A warmer, more enjoyable lifestyle is the main reason thousands of British retirees continue to move abroad each year. But how many of us realise that retiring to Continental Europe is likely to make us healthier and potentially prolong our life too?

According to Property Guides’ latest survey, up to a third of British people have put their plans to move abroad on hold because they’re worried that Brexit might mean they don’t get access to affordable healthcare in Europe any more. The latest evidence, however, is that moving abroad is more likely to keep you healthier.

Researchers at Edinburgh university have found that learning a foreign language is one of the best ways to stave off dementia in later life. The mental processes involved in both learning the lingo and switching between languages keep the brain alert and healthy.

But that isn’t the only reason that moving abroad is good for your health. Countries that offer a Mediterranean lifestyle are proven to be especially healthy places to live and it’s no coincidence that the average life expectancy in Spain, France, Italy and Portugal is higher than in the UK. If you need further convincing, here are five reasons why retiring to somewhere sunny should do wonders for your overall well being. 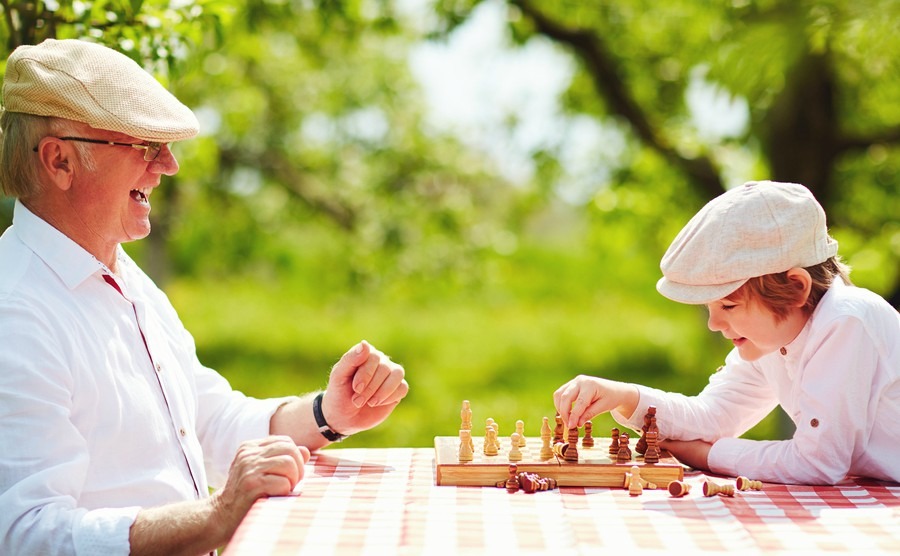 The health benefits of the Mediterranean diet are indisputable. It’s based on fresh fruit and vegetables, nuts, beans, cereal grains and fish, with lots of garlic and olive oil thrown into the mix. This means it’s bursting with ‘superfoods’ and antioxidants, and low in the wrong types of fat. Little wonder families and wise old chefs around the Med turn their noses up at fast-food joints and ready meals. If you too can stick to the local, traditional cuisine, including a sensible quota of wine, your mind and body will love you for it.

Seeing and feeling Mediterranean sunshine every day is guaranteed to put a spring in your step and a smile on your face. The good news is you’ll enjoy physiological effects too. Known benefits of controlled exposure to sunshine include a boost to the immune system, increased production of Vitamin D, which has numerous useful functions in the body, and a lowering of both cholesterol and blood pressure. In many parts of southern Europe, for example Spain’s Costa Blanca, the combination of warmth and low humidity levels will also relieve certain health conditions, including arthritis and respiratory diseases.

Much of life in a Mediterranean climate is spent outside. And we’re not just talking about kicking back on the terrace or lounging by the pool. Chores that back in the UK would have involved catching a bus or getting in the car suddenly become enjoyable to do on foot. Most retirees abroad live in coastal resorts, within walking distance of their local shops, social clubs, restaurants and the local promenade. Warmer climates are more conducive to year-round outdoor leisure activities too, whether it’s golf, bowls or swimming in the sea. You won’t realise it, but before you know it you’ll be doing more exercise!

In many of the countries where the British traditionally move, hospitals and day-to-day medical facilities are equal if not superior to those in the UK. In areas with large British and foreign populations, English is widely spoken by medical staff. So those expats who feel inclined to return to the UK when they begin suffering from health issues are not necessarily doing themselves a favour. Further proof comes from the 2017 Healthcare Access and Quality Index, which rated the healthcare systems in Spain (9), Italy (12) and France (15) ahead of the UK (30), with Portugal (31) only one behind.

It isn’t just efforts to learn the language that protect you from dementia when you relocate. According to the language researchers at Edinburgh, complex games such as Bridge, which require you to use different parts of the brain and plan ahead, are especially useful at warding off dementia. That would seem to apply to the sometimes complex processes of buying a home abroad and moving there too. Furthermore, new experiences have been proven to slow down your perception of time. So even if you don’t actually live any longer, you’ll feel like you are!

If you are concerned about your healthcare options if you move overseas, read our FREE guide, Healthcare Abroad 2018.