A Tuscan challenge for 10 British singletons

Could you make a fresh start in Tuscany, with nine fellow Britons who you’ve never met before? You will need to learn how to run a vineyard and run an 18th century farmhouse hotel. You might just fall in love, by the way!

A new BBC reality TV series features ten British people in or approaching middle-age, who are offered the chance to own and run a rural tourist business in Tuscany. The current owners wish to sell their 18th century farmhouse, called La Banditaccia. The ten, all strangers to one another, want a new and exciting chapter in their lives, and have the money between them. The filming follows them in the seven weeks they have to give it a go, and at the end of the series each must make the decision: to buy their share of the business and continue, or go home with their money. Will they or won’t they? Who can hack it and who gets homesick? Who has the skills and who is a passenger?

The twist is that the ten, five men and five women, are all at crossroads in their lives and all single.

The farmhouse is in the foothills of Mount Amiata. It comes with 50 acres of land including olive groves and vines. The B&B rooms need upgrading and the harvest needs picking. Can they open a restaurant together?

The twist is that the ten, five men and five women, are all at crossroads in their lives and all single. There is a recently widowed lady, a divorced ex-detective, an IT millionaire, an empty-nester and a lonely chef. Most are in their 50s and the youngest is a 38-year-old wine-shop worker who wants to be in charge of wine-production. It’s not a holiday home they want, but excitement, adventure, a new challenge, and love. 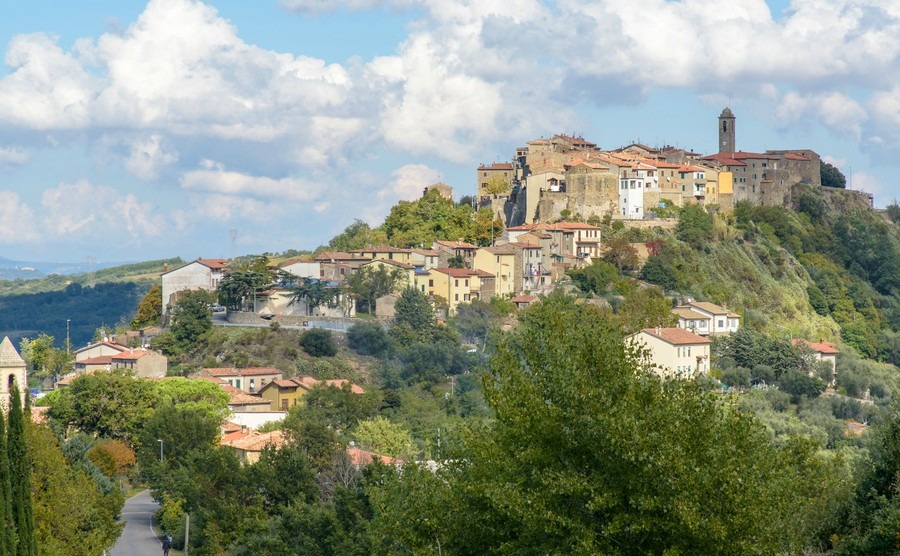 The foothills of Mount Amiata, Tuscany

The series is described as heart-warming, and is made by the team behind The Real Marigold Hotel. Whereas many similar programmes throw incompatible (and intensely irritating) people together to make an amusing real-life drama out of the conflict, the idea behind Second Chance Summer is that the ten will pool their various skills to make a go of the property as a business.

Helping and offering words of wisdom is the local priest, Father Gianni, who explains that the group may have come for a new chance, but a new life in Italy won’t solve every problem: “Tuscany is a great place to change your life but it all depends on what you bring with you, or what you are running away from.

The ten have to live in Italy, not as tourists but as entrepreneurs and businesspeople.

As well as getting along, the ten have to live in Italy, not as tourists but as entrepreneurs and businesspeople. That means being professional, making friends and business contacts in the local Italian community. So they will learn Italian, try to pick the crops while fending off, or serving up, the local wild boar. (All with a film crew in tow!).

Second Chance Summer is on BBC2 at 9pm on Wednesday and runs for six weeks.