Buying a home by the world’s best beaches

How would you like to own a home next to one of the world’s most beautiful beaches? TripAdvisor’s readers have voted for the beaches, and here we suggest some homes nearby. Best of all, they won’t even break the bank.

Who doesn’t love the feel of sand slipping through their toes? Of the wind whipping their hair? Beach trips are wonderful, but where are the best beaches? Don’t worry. You don’t have to go on a long hunt for them. Through their Traveller’s Choice Awards, TripAdvisor have declared the top 25 beaches in the world. 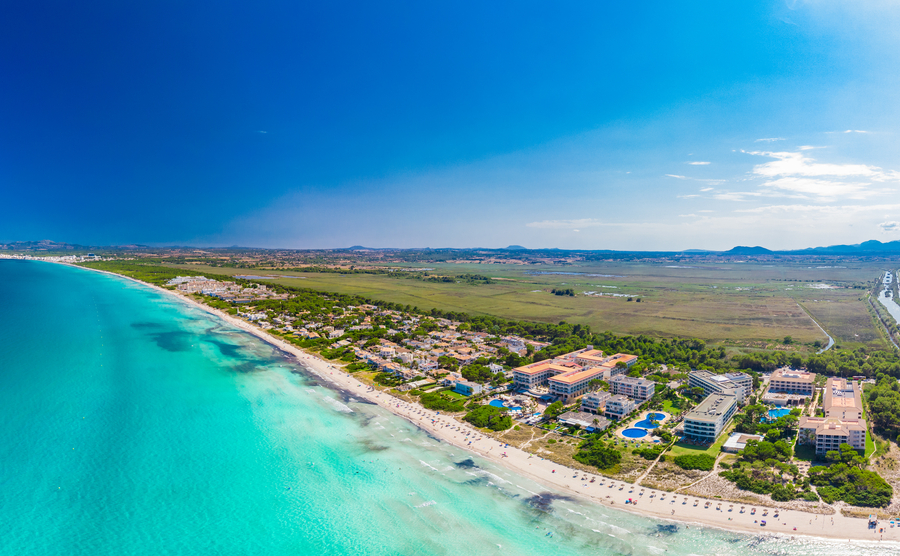 If you really love beaches, so much so that you’d like a house near one (and no, not a single British beach is listed), then we can help you out with that.

Of course, one person’s dream beach is not necessarily another person’s dream beach. Perhaps, you want a beach that is as child friendly as possible: lots of activities, shallow waters. Alternatively, you might want a remote spot where you can read your book and take a long swim in the peace and quiet.

We’ve selected a few beaches and brought out the differences between them, to give you a better idea of which one would be your best beach, and how to find a property located nearby.

If You’re Looking For Peace and Quiet

Ranking as the tenth best beach in the world, Spiaggia dei Congli, also known as Rabbit Beach for its copious population of the bouncy creatures, is located on the little island of Lampedusa, south west of Sicily. 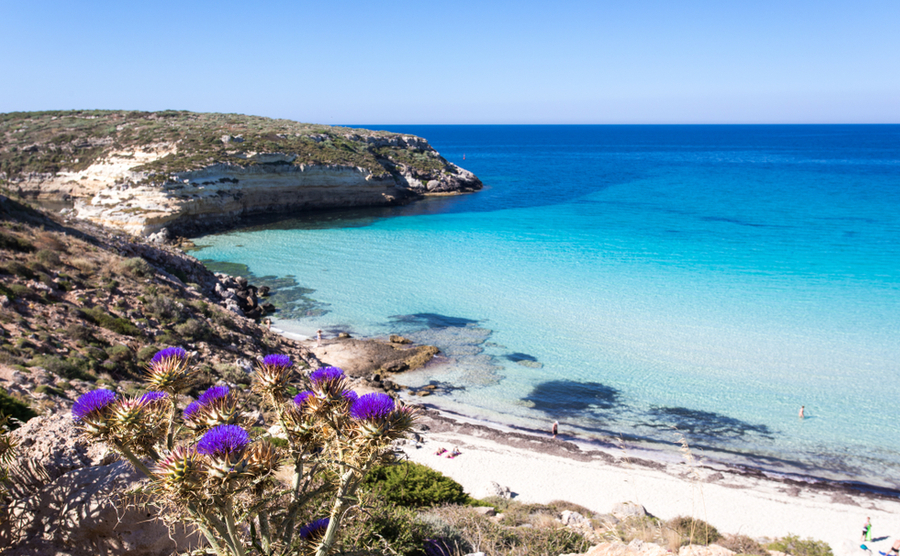 Lampedusa is closer to Northern Africa than any other part of Italy. So, if you’re looking for hot temperatures, but are wanting to stay in Europe, Rabbit Beach is a brilliant choice.

It does take a little extra effort to get to Lampedusa, as you must get a flight from one of Italy’s principal cities to get there. If you have an appetite for adventure, and the desire for a tranquil spot, then Spiaggia dei Congli is perfect for you. And if it is your dream beach, then why go once? If you have a house in Sicily, you can relive the dream.

If you have an appetite for adventure, and the desire for a tranquil spot, then Spiaggia dei Congli is perfect for you

Moreover, Sicily isn’t just a stand-out location for its beaches. For history enthusiasts, Valle dei Templi – the Valley of the Temple – is a World Heritage archaeological site that showcases the ancient culture of Sicily. Wine enthusiasts may want to taste a drop of the wine that begins its life on the slopes of Mount Etna. If Sicily tickles your interest, you can find a three-bedroom farmhouse or villa for €200,000.

If You’re Looking for Somewhere Child-Friendly…

Remoteness does not appeal to everyone, and if you’ve got easily bored small travellers with you, you might prefer a beach that isn’t too challenging to get to and has lots of things to do once you get there.

Praia de Falesia is the twelfth best beach in the world; it is also considered the number one beach in Portugal. Praia de Falesia stretches 6km and is well-facilitated with restaurants and water sports. Close by, Parque Adventura is an attraction offering zip lines, paintballing, and skateboarding. If you are looking for a bit of novelty, the bar themed on the television show Friends is worth popping into.

Overall, Praia de Felsia is an exciting enough location to keep you and your family entertained summer after summer, should you choose to make it your overseas home. In Algarve, for two to three bed villas by the seafront, the starting point is €300,000. 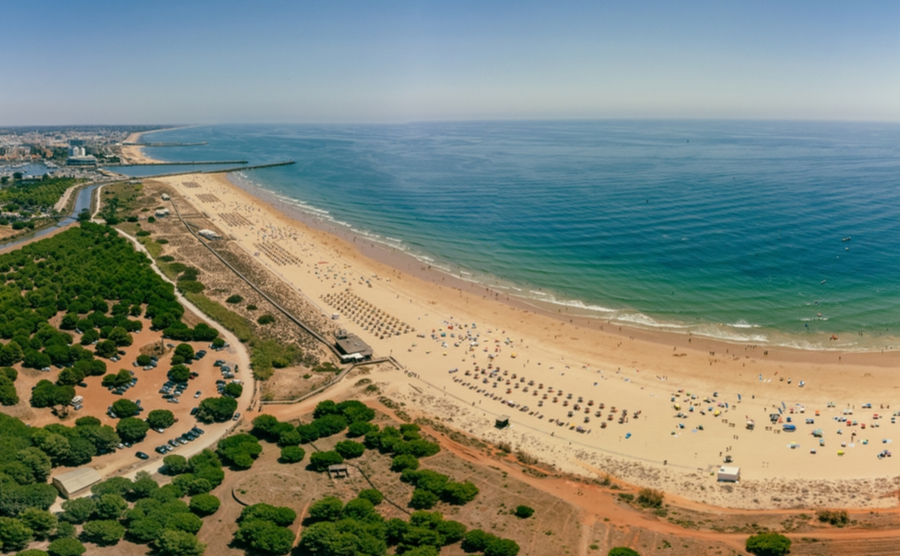 The seventeenth best beach in the world is Playa de Muro, located in the north west of the island of Mallorca. Complimented for its calm and gentle waters, Playa de Muro is the perfect spot for nervous or young swimmers to enjoy the sea. Additionally, for those wanting a break from the beach, there’s all-year-round birdwatching at the S’Albufera Natural Park or and the historical town of Alcudia will be your base for evenings out and shopping. Similar to Praia de Falesia, around €300,000 will get you a three-bedroom apartment in Palma.

Cyprus’s offering is the Nissi Beach, ranked at number twenty-two, which is universally praised for its beauty. For those looking to bathe their minds as well as their bodies, Cyprus has the Paphos archaeological park, featuring ruins that date back to Roman times. Fortunately, Cyprus is a little more affordable than some of these destinations: we have many listings for two bedroom apartments starting from €180,000.

If You’re Passionate About Marine Life

All beaches offer the threat of a fish nibbling your toe, Spiaggia dei Congli is home to loggerhead turtles. But, if you are really passionate about marine life, then perhaps your dream beach would be Turquoise Bay in Exmouth, Western Australia. Ranking in at number one in the South Pacific and number three worldwide, Turquoise Bay boasts of brilliantly white coloured sand and clear waters, making it a popular snorkelling and scuba diving spot. See our guide for more information on a move to Australia. 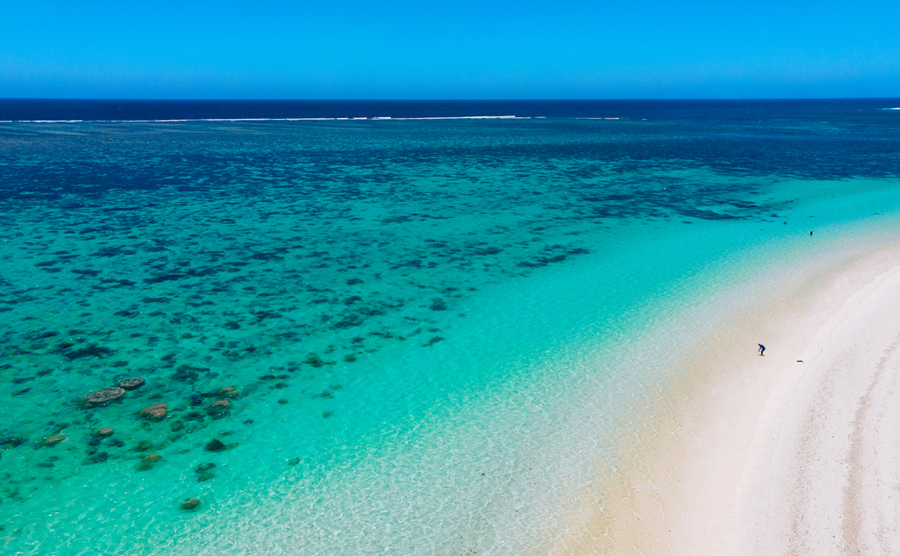 One of the world’s best beaches? Turquoise Bay, Australia

Is your dream beach remote like Spiaggia dei Congli or a playful place like Playa de Muro?  Wherever your dream beach is, and whatever your budget, we can guide you to finding somewhere where a dream beach isn’t just something listed on the Traveller’s Choice Awards. Instead, it will be a place for you to experience over and over again.