How worried should overseas property buyers be about the wildlife and the growing trend for rewilding? With wolves now seen as far north as Dieppe, and Spain’s lynx population growing by 10 times over the past two decades, anyone buying property in more remote areas of our favourite overseas destinations should know where the wild things are. Property Guides investigates, and asks the experts.

With the growing trend for rewilding, as many as 5,000 wolves now live in Spain, and they aren’t all in reserves. They’ve been seen as far north as Normandy and are causing quite a problem for farmers in Belgium and northern Italy.

There are also roughly 17,000 bears in Europe, spread across 22 different countries. As the Rewilding Europe organisation says, “Five European carnivore species – the brown bear, Eurasian lynx, wolverine, grey wolf and golden jackal – are all expanding their range. In many areas of the continent, these animals are surviving and increasing outside protected areas.”

For British people who need worry about nothing worse than a fox ransacking their bins, the possibility of coming face to face with a bear or pack of wolves while taking the dog out for a walk, or their cat being in danger from eagles or lynx, might be worrying. So what are the threats and how worried should we be? We look here at a few of ou favourite buying locations.

There are now between 1,500 and 2,000 wolves in Spain. Most are in the north-western regions between Galicia and thew Picos de Europa mountain range, as well as the large inland region of Castille and Leon.

Again, the battle is between conservationists, rewilding supporters and farmers. However, as one Spanish farmer, Fernando Rodríguez Tábara, who also breeds mastiff dogs, told the Guardian, “The wolf is good for us. The wolf cleans up nature. They eat dead animals that would otherwise increase the risk of infection for livestock.” He keeps 21 mastiff dogs to protect his herd of cows.

Spain also has a population of well over 1,000 lynx, a rise from fewer than 100 in 2002. Europe’s only species of big cat – which grow to the size of a large Labrador – live across Andalusia from the Sierra de Gata west of Seville across the Jaen. 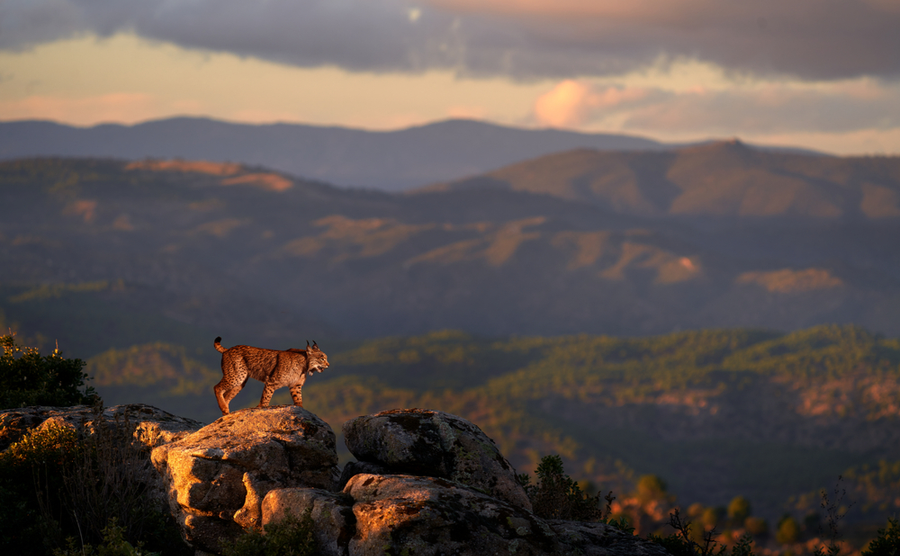 A lynx stalks Andalusia, just a few miles from the Costa del Sol

In the USA, a Californian community intent on avoiding future development claimed that it is a mountain lion sanctuary. While that may have been a ruse, overseas property buyers from the UK used to nothing more threatening than the foxes attacking the bins, can expect rather more exciting wildlife on the doorstep. And it stops just the other side of the channel.

A wealthy town of Silicon Valley executives tried to ban new duplex apartments for poorer families by claiming that the entire town is a mountain lion ‘habitat’ and therefore protected from development.

While there are undoubtedly mountain lions there, the measure was not allowed to stand. Even so, how worried should Californians be about mountain lions?

During the summer a Californian woman told of fighting a mountain lion that was dragging her five-year-old son away across her lawn.

There are roughly 50,000 in the whole US, with around 4,000 in California. In Florida the local species is known as the Florida panther and there are an estimated 230, mainly in the national parks and reserves, but also close to both Gold Coast and Gulf coast counties too.

In the popular children’s book The Wolves of Willoughby Chase, wolves have entered the United Kingdom via the Channel Tunnel. If you found the book frightening, the bad news is that wolves have now reached as far as Dieppe.

In May 2020 The Times reported an attack on sheep and deer in the village of Mesnil-Follemprise, returning for the first time since the 19th century.

More than 500 wolves live in France, but they were not thought to have moved as far north.

There have also been at least 165 sheep attacks by wolves in the Netherlands in the past four years. In general, they are being welcomed by conservationists as much as they are feared by farmers. 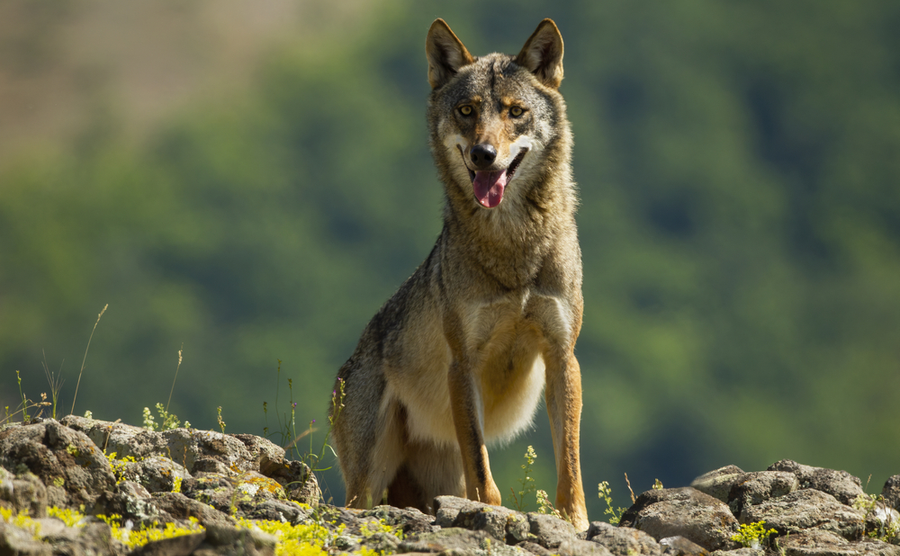 If you’re a wolf fan in Italy, best keep it to yourself. A children’s author told The Times newspaper that she was threatened by local farmers for her sympathetic depiction of a wolf in her book Osso the She-Wolf when was doing a book promotion in a mountain village.

In Val d’Ossola, near the Swiss border, the Committee to Save Ossola’s Farmers claims that raising livestock is becoming impossible due to wolf attack. “Every day one of our animals is attacked by a wolf,” said one farmer.

Ask around, but don’t worry…

You can read more about wolf populations here. The International Wolf Centre says that wolves will not attack people, “in general”. They advise on their website never to encourage contact with wolves: “When wild animals become habituated to people, they may lose their fear of humans, especially if they are fed or if they associate humans with providing food. Like any large predator, wolves are perfectly capable of killing people. No one should ever encourage a wolf or any other wild animal to approach.”

You are probably in more danger from cows in the countryside here.

Property buying expert Yasmin Smith from Your Overseas Home says: “From talking to overseas property buyers, I know that many of our readers are looking at buying a holiday home in, or moving to, areas a little wilder than they’re used to in the British cities and suburbs. Should they be worried? Not worried perhaps, but do ask around. Most areas are quite proud of their wildlife, so you will have no problem discovering if there are large, wild carnivores in the area. In reality,” adds Yasmin, “attacks are so rare as to be not worth worrying about. You are probably in more danger from cows in the countryside here.”