It was a case of “Brexit, what Brexit?” for the crowds attending a new international property show in London today. Your Overseas Home was a refreshingly new kind of show, said both visitors and exhibitors.

Your Overseas Home, the first of three shows this year, focused on properties and buying experts in Spain, France, Portugal and Italy. Property exhibitors included Vincent Real Estate in Spain, Beaux Villages and Affordable France, Great Estates from Italy and Portugal Property. There were also currency experts from Smart Currency Exchange and lawyers including De Tullio from Italy and Perez Legal Group in Spain. Rightmove was there to show visitors its exciting new search features and easier to use website.

“We had to close the invitations last week because there was so much interest and we were determined to keep it so that people could really have the time and space to get their questions answered.”

Show organiser Jana Korpova explained that it was a new kind of show: “It was invitation only and we have personally spoken to everybody who was invited. We want this to be one of the final pieces of the jigsaw for people who are ready to buy and just want to get a few last-minute questions answered and to talk to agents.” The pre-show response was impressive, said Jana: “We had to close the invitations last week because there was so much interest and we were determined to keep it so that people could really have the time and space to get their questions answered.” 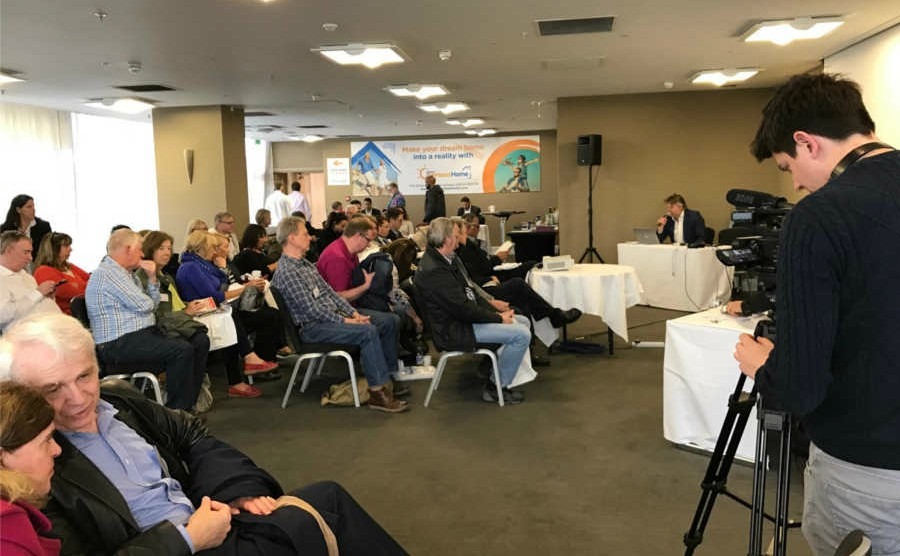 The “Buying in Portugal” seminar at Your Overseas Home

This new approach was appreciated by Michael and Julia Quinn from Cheltenham, who were looking to buy a home in Millazo, Sicily. “It was exactly what we needed,” says Julia. “We were able to ask specific and purposeful questions and it was much more personal than the bigger shows. For example we weren’t sure about the mechanism of exchanging currency, opening an account and so on, and we were able to get all those questions answered.” Michael added: “We had specific questions about legal matters such as inheritance and tax and we were able to get those checked off our list of concerns.”

“We were impressed at how knowledgeable and helpful everyone was. We were interested in law and currency exchange in particular, and we were pleased to get so many practical tips.”

Sally and Darren Avery, looking to buy in Limousin, France, agreed: “We were impressed at how knowledgeable and helpful everyone was. We were interested in law and currency exchange in particular, and we were pleased to get so many practical tips.”

For first-time exhibitor Ines Nascimento of IN & CC Solicitadoras in Portugal, who had flown in especially for the day, the event was a success: “It has been beyond my expectations. We have seen a lot of clients and they really do want to buy. I didn’t expect this many! Most were ready to buy a home in Portugal but were a little unsure about the buying costs in Portugal and wanted more detail. I was able to reassure them and suggest the services of a good surveyor and so on.”

Chloe Williams of The Spanish Estate Agent said she had booked up some viewing trips in the weeks ahead: “We really enjoyed the day. Visitors were very enthusiastic and interested and we were able to see plenty of new and potential clients.” 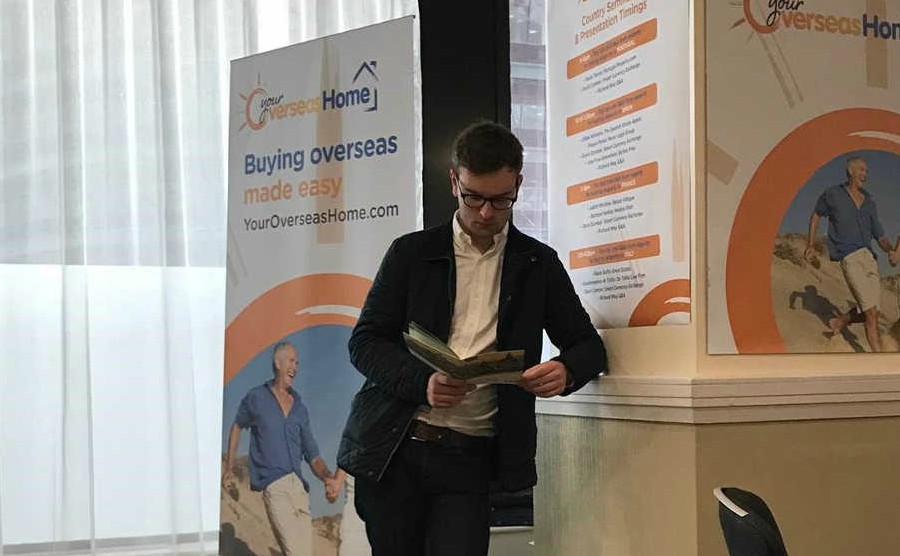 Taking a pause between meeting exhibitors.

But what of the bogeyman, Brexit? Elaine Ferguson of Property Guides said: “We have been extremely busy all day, helping people out with advice on buying abroad in Spain, France, Italy and Portugal. As we suspected, people are getting used to the idea of Brexit and starting to make plans around it. It genuinely hasn’t been a big issue for people today and the fact that the pound has shot up today and made homes in the Eurozone a couple of percent cheaper can only be good news.”

Venues for the next two shows this year have not yet been decided. Jana Korpova said: “You can visit the Your Overseas Home website for more information and to get updates, or follow us on twitter at @YourOverseasHme to see where we will be next. It looks like being a busy summer for overseas property buying!”