House prices surging across the globe

Find out which housing markets are hot on China’s heels when it comes to rising house prices.

It seems everywhere we turn house prices are on the up. From China to Canada and New Zealand to North Asia you can’t escape this surge and why would you want to? After all a strong property market offering healthy prices makes for a very sound investment in bricks and mortar for overseas property buyers. According to a survey conducted by the Global Property Guide, house prices rose in 29 out of the 45 world’s housing markets during 2016. China’s economic prowess has rubbed off on its housing market, which has been ranked the world’s strongest. But China aside, where is the centre of today’s house price boom? It’s right on our doorstep in mainland Europe, where figures have continued to rise unabated.

According to a survey conducted by the Global Property Guide, house prices rose in 29 out of the 45 world’s housing markets during 2016

Of our European neighbours Iceland is top of the tree when it comes to housing market strength, and the second best performer in the global survey. Located out on a limb in the icy waters of the North Atlantic Ocean this price surge is down to strong demand, coupled with limited housing supply, especially in the capital city of Reykjavik.

In second and third place in the European stakes were Romania and Ireland respectively. Across the Irish Sea house prices continue to rise, fuelled by robust economic growth, leading to the Emerald Isle being dubbed Europe’s austerity star performer. Creating favourable conditions for anyone considering calling it home, both in terms of property and employment.

Elsewhere in Europe domestic property markets have been flexing their muscles in Estonia, Germany, Norway, Slovakia, Latvia, Lithuania, Sweden and the Netherlands. Despite being slightly weaker than many of their European contemporaries, countries popular with Brits with an eye on a home in the sun, such as Portugal, France and Spain, have also posted positive figures. 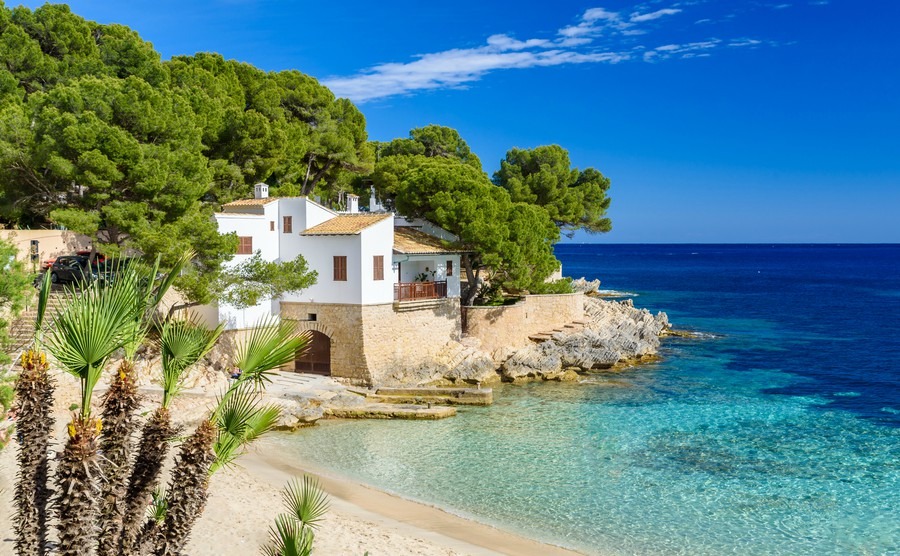 Overseas property buyers wanting to experience the great outdoors can often be found booking flights to Canada. Anyone doing so will be entering a property market that’s in the middle of a house price boom. Where prices in the nation’s eleven major cities increased by 11% during 2016, despite repeated market-cooling measures – more than double the 4.5% rise the previous year and the biggest annual increase since 2006. Toronto benefitted from the biggest inflation-adjusted house price increases of 18% year-on-year in 2016, followed by Victoria (16%), Hamilton (16%) and Vancouver (15%).

Far from putting people off buying, demand has remained strong in the face of rising house prices in Canada, with buyers considering the long-term prospects of their investment. Consequently, strong household consumption played a significant role in helping the Canadian economy to grow by more than 1.4% in 2016. A much needed improvement after a meagre growth of 0.9% in 2015.

Far from putting people off entering the market, demand has remained strong in the face of rising house prices in Canada, with buyers considering the long-term prospects of their investment

Anyone choosing to settle down in New Zealand won’t just benefit from massive houses at affordable prices and outdoor adventure; they will be able to purchase their dream home with a confident eye on the future. Thanks largely to accelerating house prices that have been bolstered by post-earthquake rebuilding. A scenario that is reflected in the nationwide median house prices figure, which rose by 10% during 2016, a sharp increase from growth of 3% the previous year.

Best of the rest

It’s not just the Chinese property market that’s booming if you head east, across parts of Asia prices are rising. After a lacklustre performance the previous year, Hong Kong also rose strongly, as did Japan and Vietnam. Israel’s house prices continue to head upwards, with the nationwide average price of owner-occupied dwellings rising by 5% during 2016. Egypt’s housing market is now recovering, with the nationwide real estate index rising by 1% during 2016.