General Election: what does it mean for buyers abroad?

The election seven weeks from today could have serious ramifications for British property buyers in the Eurozone – and elsewhere. By our calculation it is likely to be good news both for currency and your rights abroad. See if you agree.

For the third springtime in the row, property buyers abroad have a potential political upheaval to work out: the British General Election on Thursday 8th June. Anyone who points to the opinion polls and says we know the result already, clearly hasn’t been paying attention. Every major election since – and including – spring 2015 has been a shock.

Having said that, the bookmakers currently have the Conservatives at 12 to one on to win the election, so it would seem prudent to base any plans and currency calculations on that result.

Don’t think this is only of interest to Eurozone buyers either; the pound also strengthened against the US, Australian, New Zealand and Canadian dollars too.

Theresa May called the election, she said, to gain a firmer mandate for the Brexit negotiations. She replaced David Cameron as PM without an election even within her own party and faces opposition to her hard Brexit approach from the House of Lords and many other quarters. It could also be that she believes negative effects of Brexit will begin to be felt following the triggering of Article 50 and wants to win while the economy is still strong.

Either way, the election will delay the start of serious negotiations.

In the 48 hours following the surprise announcement, the pound has strengthened by around 1% and is currently worth just over €1.19 and US$1.28.This suggests two things: the currency markets believe she will win with an increased majority and they believe this will be a positive news for the economy and for Brexit. But maybe not that positive. 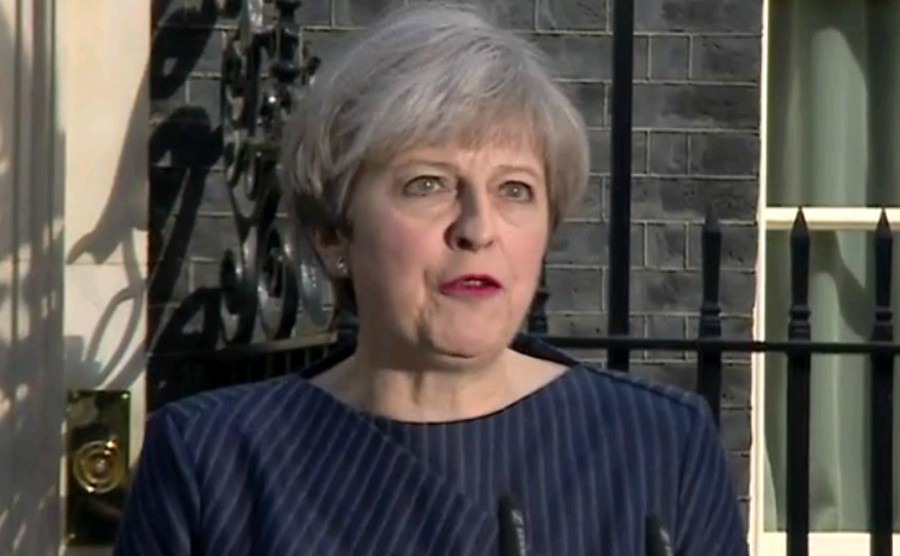 The Prime Minister announced the news at midday

Between now and 8th June, the pound’s fortunes will be largely dictated by opinion polls once again. Don’t think this is only of interest to Eurozone buyers either; the pound also strengthened against the US, Australian, New Zealand and Canadian dollars too.

What we don’t know

Two potential results immediately spring to mind with an effect for property buyers. Some analysts believe that May is taking a risk. With several marginal seats in the Brexit-opposed south-east of England, the anti-Brexit Lib Dems could seize some seats from them. If May’s majority is reduced or she has to form a coalition with the Northern Irish parties or Lib Dems, we could be looking at a much softer Brexit. It could even mean the UK staying within the single market and allowing free movement.

That does seem to be an unlikely result, but much will depend on whether opposition parties will work together and on the fate of Jeremy Corbyn either as victor (which seems unlikely) or his replacement if he resigns after a big Labour loss, as is traditional but not guaranteed.

A strong Tory victory could lessen the influence of ardent Brexiteers within her own party who believe that leaving the EU with no deal, the hardest Brexit of all, would be acceptable.

How about a heavy Conservative victory? On one hand it would strengthen May’s hand and say that the British people are comfortable with her hard Brexit approach. On the other hand it would lessen the influence of the more ardent Brexiteers within her own party who believe that leaving the EU with no deal, the hardest Brexit of all, would be acceptable. Either way a strong victory should increase the chance of a deal.

This is likely to be good news for those buying a home in Spain, France, Portugal, Italy etc. A “good deal” is more likely to protect their rights and benefits, such as to healthcare and freedom of movement within the Eurozone.