Currency becalmed, but storms ahead

Don’t assume that the lull in currency movement will continue. Clouds are bubbling up in the UK economy, there’s hot air in the Pacific and the Eurozone debt crisis could still whip up a storm.

The doldrums, in nautical-speak, are an area between the trade winds where low pressure settles in, the wind drops and your sailing ship won’t move. We’ve been experiencing a little of that with the pound in recent days, and not just because low pressure has most definitely settled in across Britain and nobody wants to go sailing.

The pound has barely moved against the euro and if it wasn’t for a lot of hot air blowing between Washington and the Korea the GBP/USD rate would probably be lifeless too.

It gives you the chance to have a think about your journey, do a little planning and throw anything unnecessary overboard.

August tends to be like this, with anybody sensible off on holiday, and anyway, if you’ve ever crossed a big sea in a small boat, you’ll understand that it can be quite nice to have a respite from the wind occasionally. It gives you the chance to have a think about your journey, do a little planning and throw anything unnecessary overboard.

Our sister company Smart Currency Business has been crunching the numbers to see how the pound might fare against the euro and dollar over the next three months. You can see the full results here and don’t forget you can always download our own booklet, the Property Buyer’s Guide to Currency here. 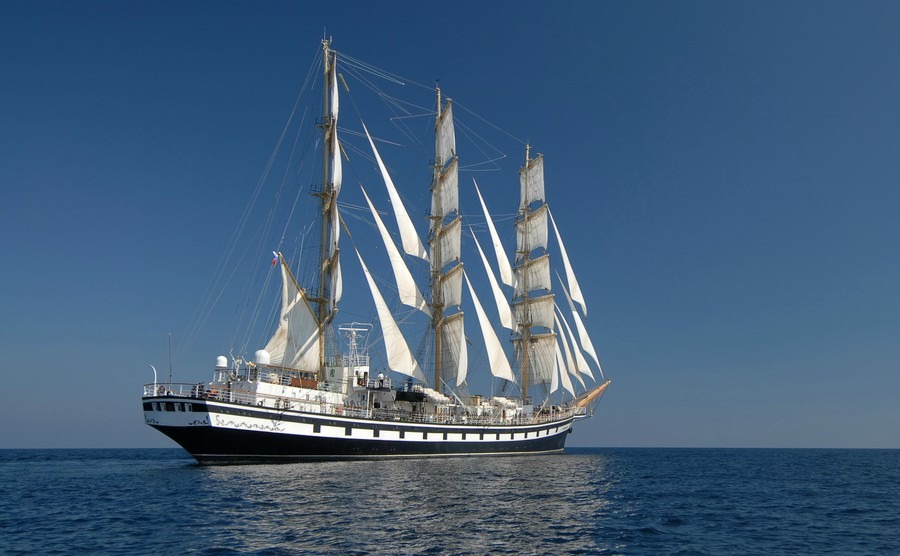 Currency becalmed, but beware the storm

The report highlights several political and economic facts to watch out for in the months ahead. The most important is probably the Brexit negotiations, and the fallout from Brexit, including whether Theresa May can survive the party conference season as Prime Minister and whether the UK economy will begin to slow down as inflation becomes more endemic. Looking to Europe, the relative strength of the Eurozone economies (growing twice as fast as the UK right now) could point to a rise in interest rates over the autumn. Risks to the euro include the continuing Italian banking crisis, the continued risk of Grexit and the German election. Is it worth pointing out that no election win is 100% predictable these days, even Angela Merkel’s.

Risks to the euro include the continuing Italian banking crisis, the continued risk of Grexit and the German election 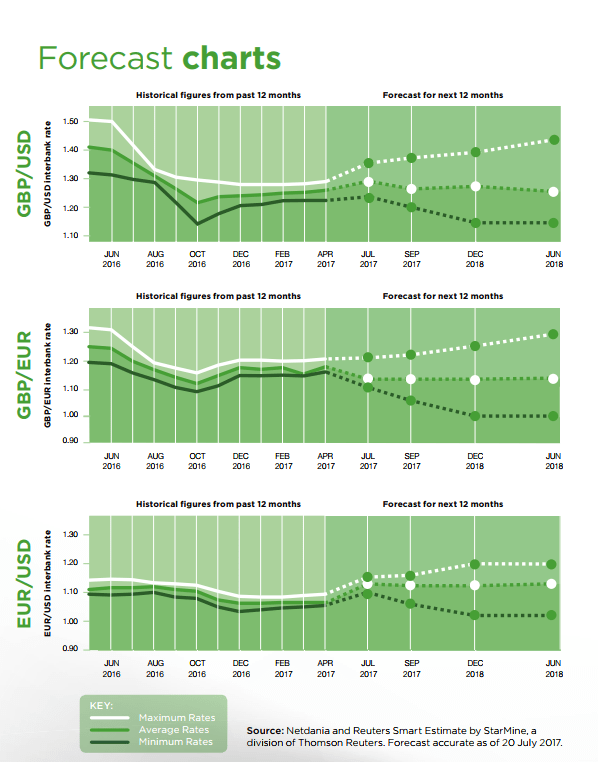 When you consider how that might affect a property purchase abroad, here are the details for a £200,000 purchase:

What this shows loud and clear is the need to protect your overseas transfers against fluctuating exchange rates. So why not talk to the experts at Smart Currency Exchange who will be able to help you negotiate the stormy currency markets?