Buy a Cape Verde property and you won’t have to suffer a long-haul flight and jet lag for your exotic winter (or summer) sun. Pristine beaches, turquoise sea and genuine tropical sunshine are all available, at any time of the year, without crossing any major oceans! This exciting archipelago off West Africa is a rising star with international holidaymakers, but Cape Verde property has also been attracting both investment and lifestyle buyers. Could you find your dream beach pad here?

Basking in exotic sunshine, the Cape Verde islands are ramping up efforts to attract more foreigners to their idyllic sandy shores and get recognised as a year-round sun destination. They should be seen as a serious alternative to the Caribbean and Canary Islands, yet without the hurricanes or the hordes of tourists.

Cape Verde is a serious alternative to the Caribbean and Canary Islands, yet without the hurricanes or the hordes of tourists. 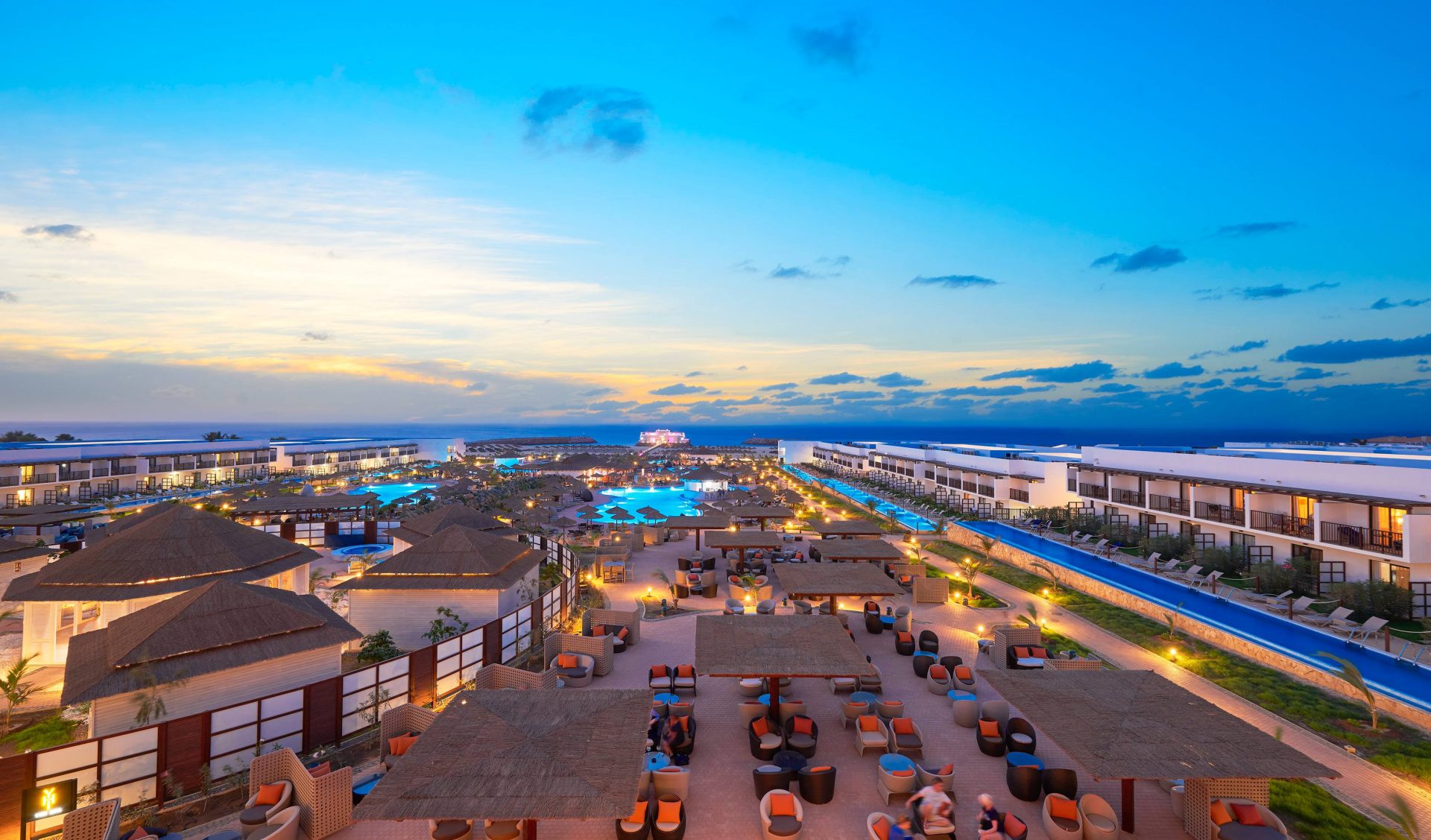 No other holiday destination around the world has seen such a rapid rise in internet searches for holidays than Cape Verde. The  Global Travel Search Index ranks destinations by their increase in Google search interest. Cape Verde took the top spot in the Index published at the end of 2017, with online interest growing more than 3,000% over the course of 12 years. Where could this archipelago’s popularity be in another 12 years?

No visas, no hurricanes!

Keen to maintain momentum, the Cape Verdean government will eliminate visa requirements for European Union citizens from the start of 2019. That said, even the existing visa requirements are not exactly onerous, a €25 charge that you pay on arrival. There are also plans for a new cruise terminal on São Vicente island, which would include a tourist village and boost tourism further. The influx of money that cruise passengers bring would certainly boost the economy and encourage infrastructure spending.

Before you make too many plans to buy in Cape Verde, you need to know how much local currency your pounds will buy. When you register with Smart Currency Exchange you will be able to talk through your plans and budget with your own dedicated trader. To begin with, read the Property Buyer’s Guide to Currency.

Cape Verde, a former Portuguese colony, comprises a cluster of 10 contrasting islands located around 600 miles off the coast of Senegal. A slightly longer flight than the Canaries, its climate is more tropical than Spain’s famous Atlantic archipelago. It has a more sub-Sahara African feeling generally, yet without the risks of political trouble or tropical disease. Compared to the Caribbean, advantages include its shorter flight time and lack of hurricane season. The time difference of just an hour or two for Brits and Europeans is hugely appealing for anyone who hates jetlag.

The island of Sal is the hub of tourism in Cape Verde. It is home to the vibrant seaside town of Santa Maria and a mix of residential and hotel resorts. Boa Vista is the next most developed island. Both have arid interiors, but its their long, white sandy beaches that have made them popular. In certain areas of each island where there is reliable wind, the conditions are some of the best in the world for wind and kite-surfing. By contrast, São Vicente is much hillier and greener, with a lively cultural scene and colourful annual carnival. Similarly Santao Antão is known for its food and dramatic lush landscape, which is ideal for hiking. 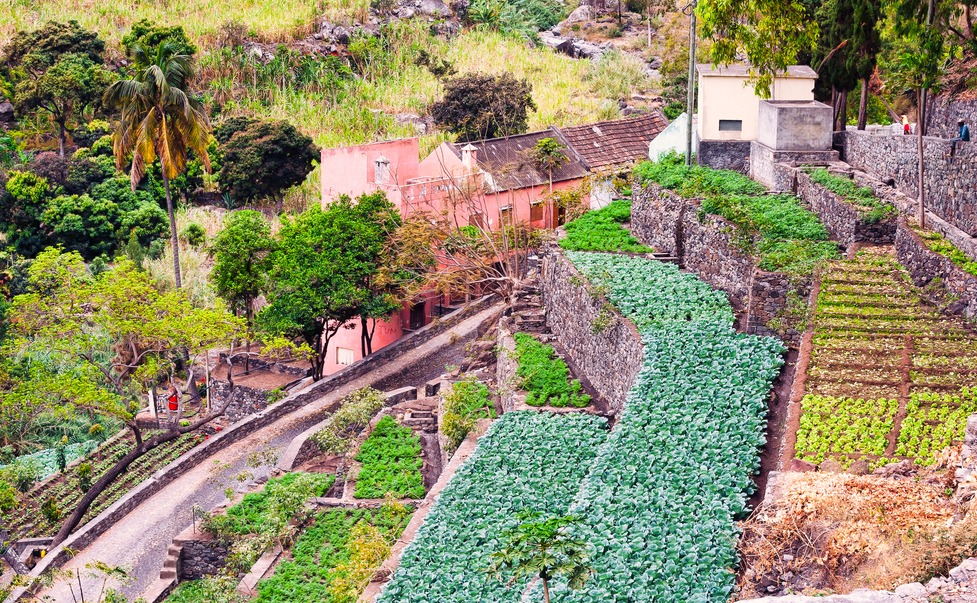 It’s not just about the beaches. Cape Verde has lush vegetation too.

The growth of development in Sal, and to a lesser extent Boa Vista, has been spearheaded by one developer in particular, The Resort Group. They have developed and – in conjunction with the international hotel operator Meliá – operate three five-star all-inclusive resorts near Santa Maria. These are Tortuga Beach Resort and much larger Dunas Beach Resort, made up of a mix of hotel suites, apartments and villas, and Llana Beach Hotel, an adult-only hotel. Typically, properties are managed as part of the hotel scheme on behalf of the owners, but some are kept for private use. In Boa Vista, The Resort Group is developing the White Sands Resort beside the stunning Santa Monica beach.

These are seriously upmarket developments and offer either investment or lifestyle purchases. Or a bit of both, if you prefer, with five weeks a year of your own use and guaranteed rental returns of 5 to 7% per year. The Resort Group’s valuation by RICS (the Royal Institution of Chartered Surveyors) suggests average capital growth of over 6%.

While tourism in Sal is driven by all-inclusive holidays – much like the Caribbean, there are resort-style developments geared more towards personal use. Examples incluse Vila Verde and Paradise Beach, both on the edge of Santa Maria.

But Sal offers more than resort-style living and those who prefer a more ‘local’ experience could consider one of the smaller complexes within Santa Maria town. Such complexes include Porto Antigo, Djadsal Moradias and Leme Bedje, all within a stone’s throw of the beachfront and its famous fishing pier, and a short walk from the town’s local bars and restaurants. Given their location, chosen carefully apartments there should be good value for money, and make ideal lock-up-and-leave pads for second homeowners or retirees who like to spend a few months of the year in Sal. 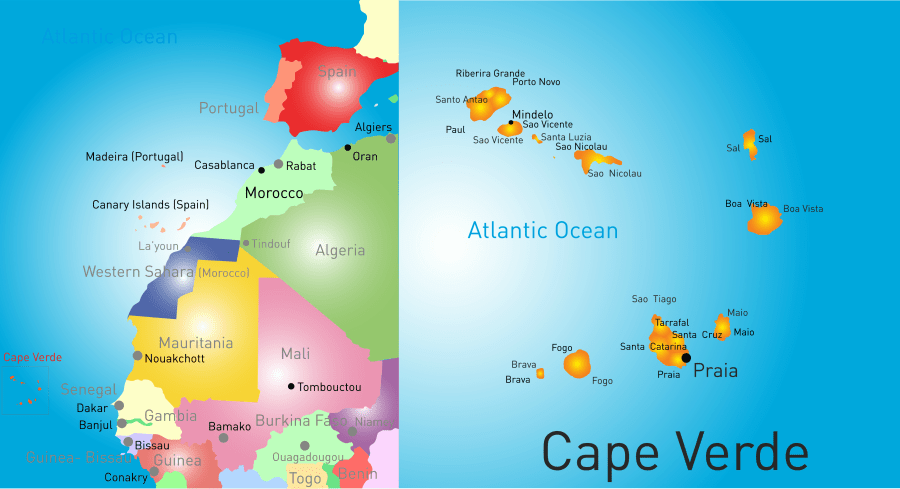 Buying costs for resale purchases in Cape Verde are typically three per cent of the purchase price, including a 1.5 per cent property sales tax and independent legal fees. Cape Verde’s local currency, the escudo, is already pegged to the euro, which is widely accepted throughout the archipelago.

Another option is to fly via Lisbon with Portuguese national carrier TAP, which serves Sal, Boa Vista, Santiago and Sao Vicente. Connections can be made from London City, Gatwick, Heathrow and Manchester.