You only have one life, so why not make the best of it by living somewhere exciting? Pick one of these places and it should be a long life too.

There are some parts of the world which support a longer than average lifespan. Whether attributed to diet, stress-free lifestyles or pristine natural environments, here are some places you can expect to live a longer life.

Monaco has the longest life expectancy of any country in the world, with the average person living to the grand old age of 89.73

Monaco has the longest life expectancy of any country in the world, with the average person living to the grand old age of 89.73. This could have something to do with the highest proportion of millionaires and billionaires being pampered there, a beautiful location on the French Riviera and a Mediterranean diet.

Not only are Singaporeans living to an average age of 82.14 years, in the last three decades the lifespan of a Singapore national has increased by ten years. Obesity in Singapore is 11%, much lower than the international average, due to healthy plant-based diet. With a strong economy, world-class health system and Asian diet, there are many factors in Singapore that support a long and healthy life.

The Nicoya Peninsula in Costa Rica is home to a large population of residents over the age of 90. In fact, the average Nicoyan on the verge of retirement has a four times better chance of making it to the age of 90 than his or her American counterpart. The laid-back beach lifestyle, basic diet of beans, squash and tortilla chips, and the area’s calcium- and magnesium-rich waters are attributed to their long lives. 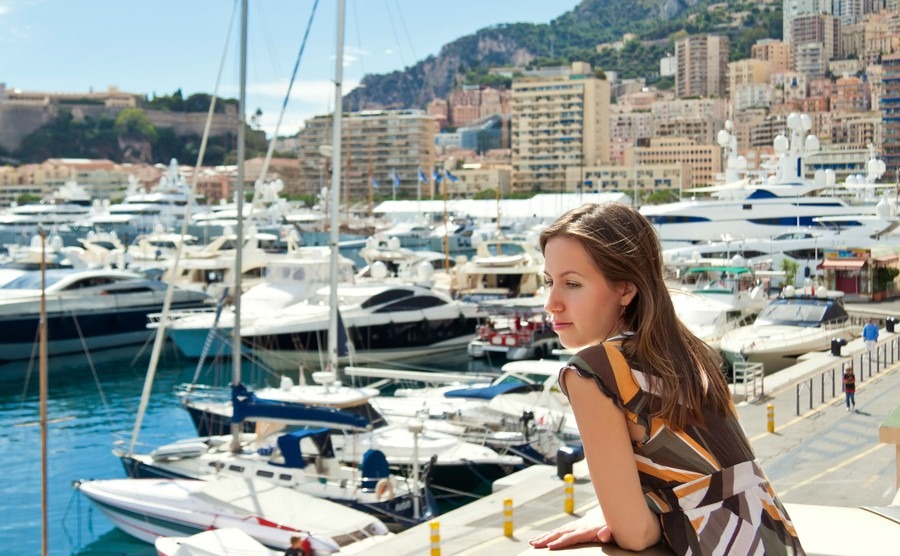 Is Monaco, the fountain of youth? This lady is in her 70s.

Whether it’s the sun, sand and surf, the world-beating health system, low incidence of smoking or the active lifestyle, Australians have one of the longest life expectancies in the Western world, higher than UK, Canada, New Zealand and the USA. The average Australian female lives to 83.7, while the average male lives to 79.2. Just another reason to move to the Land Down Under.

Okinawa Island, off the coast of Japan, is famous for having one of the highest concentrations of centurions on the planet. Five times as many Okinawans live to 100 compared to the rest of Japan. Not only is this population living longer, they are also remaining disease-free until the very end. Okinawan’s longevity is attributed to the traditional Japanese diet: low sugar, plenty of grains, sea vegetables and fish.

Sardinia has the most centurions in the world, tying with Okinawa, with 22 centurions per 100,000 people. Consuming a Mediterranean diet accompanied by red wine almost daily is said to be a contributor for the longer than average lifespan. This as well as the rugged mountainous terrain which is particularly conductive to physical activity. The average Sardinian lives until the ripe old age of 81.

This small island off the coast of Mainland China has the second highest life expectancy in the world. One reason for this may be the world-class healthcare system which is funded by the country’s gambling-fuelled economy. Those living in Macau often consume a basic diet of plants and seafood which may also have something to do with the average age of 84.4 of its residents.

Property Guides helps people research and plan a move abroad. We can assist with the transferring of money overseas and the connecting with professionals to purchase real estate and begin a life in another country.