From Tel Aviv to Los Angeles, we take a look at the world’s pinkest cities, where LGBT house hunters should find a liberal outlook and a warm welcome.

This week we look at the top cities in the world to live for lesbian, gay, bi-sexual and transgender (LGBT) people in 2017. These cities have achieved their status as some of the friendliest places in the world for the LGBT community based on safety, tolerance and marriage equality.

West Hollywood has even been dubbed a “gaybourhood” with 40% of its residents identifying as gay.

Home of the gay pride movement, New York consistently ranks as one of the best cities to live in the world for members of the LGBT community. The Big Apple is a popular destination for gay and gender-variant individuals keen to enjoy its liberal outlook and work-hard, play-hard ethic. It’s no wonder it has one of the most prominent LGBT populations in the world. New York is home to the largest transgender population in the United States, estimated at 25,000. 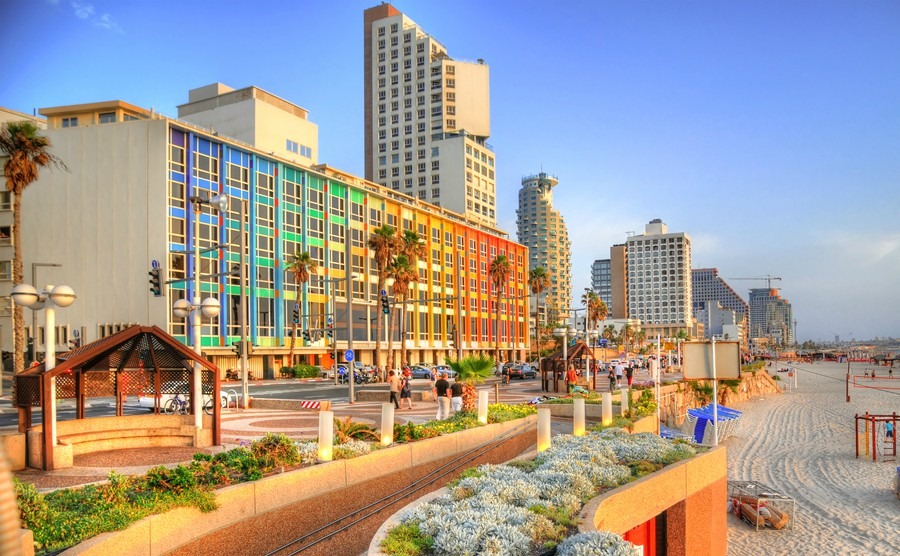 Most LGBT-friendly city by the sea, but where is it?

Generally speaking, Germany ranks relatively badly when it comes to measures of positive attitudes towards gay lifestyles. Berlin is different, however, and is considered one of Europe’s friendliest capital cities for the LGBT community. Attractions include a gay museum and a gay memorial which pays respect to those persecuted for their sexuality during Germany’s chequered past. The forward-thinking mentality of the local population saw an openly gay mayor elected in 2001, who served in the post for 13 years. You’ve still got time to book a visit for Berlin’s annual Pride rally on 22nd July. 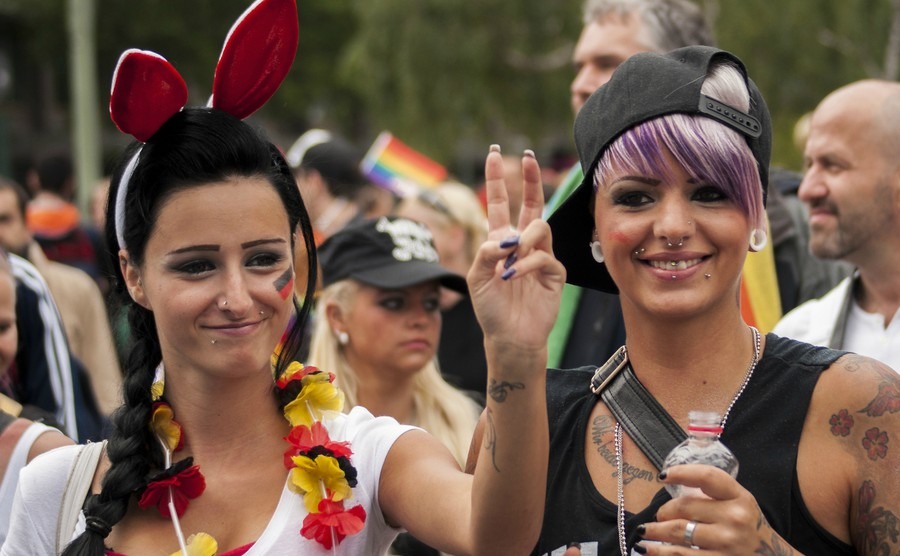 Often considered the LGBT capital of America, all it takes is a trip to the city’s Castro district to feel part of a truly tolerant place where you can be yourself. The annual San Francisco Pride Celebration and Parade is the largest gathering of the LGBT community and allies in the United States, with nearly two million descending on the city for two days of celebrations.

The Dutch are famous for their laidback, liberal approach to life, a refreshing mentality that has helped Amsterdam to develop into one of the most attractive destinations in Europe for the LGBT community. You’ll struggle to find a city with so many gay-friendly attractions per square metre than Amsterdam.

The City of Angels is home to a number of gay-friendly beaches and outdoor activities thanks to its pleasant year-round weather. West Hollywood has even been dubbed a “gaybourhood” with 40% of its residents identifying as gay. Its pride event and extensive collection of gay bars and clubs make it something of a party city, where you could find yourself rubbing shoulders with A-list celebs. 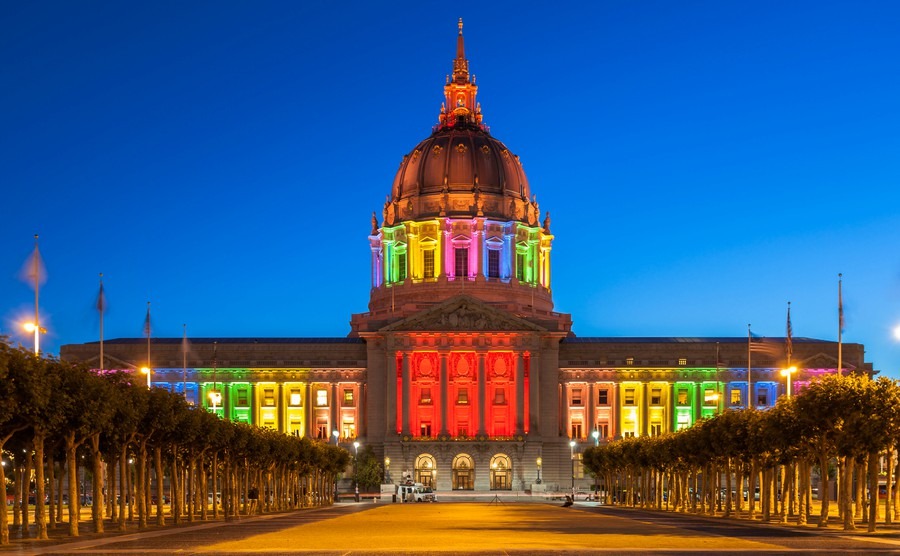 Home to Europe’s largest LGBT community, London isn’t just famous for its gay bars and clubs; it’s a hotspot for theatre and art as well. London pride is one of the oldest events of its kind in Europe, dating back to 1972. Today more than 400,000 people take to the streets every June to take part in a wide selection of performances.

If you’re considering moving to any of these amazing cities, get your budget organised with a 5-minute call to Smart Currency Exchange.

Israel is home to the most progressive LGBT rights in the Middle East. While other countries in the region lag behind, same-sex relations were legalised here in 1988. So it’s no surprise that Tel Aviv is a liberal and friendly city where people’s attitude towards the LGBT community is as warm as the weather. There’s no gay quarter or pink neighbourhood, but only because being gay is so accepted here. If you were wondering where the cover picture is, it’s Tel Aviv.

The West Coast American city of Portland Oregon is one of the hippest places to be in America right now, with one of the coolest gay scenes. While it’s not as overtly gay as somewhere like San Francisco, it does have one of the largest lesbian communities in the United States; particularly in the Hawthorne District.

Home to one of the gayest neighbourhoods in the world – Chueca – Madrid is well-known for its relaxed attitude towards people of all sexual orientations. In fact Spain in general is considered one of the most gay-friendly countries in the world, following a report by IGLA-Europe which called the country “a model nation for gay rights in Europe.” 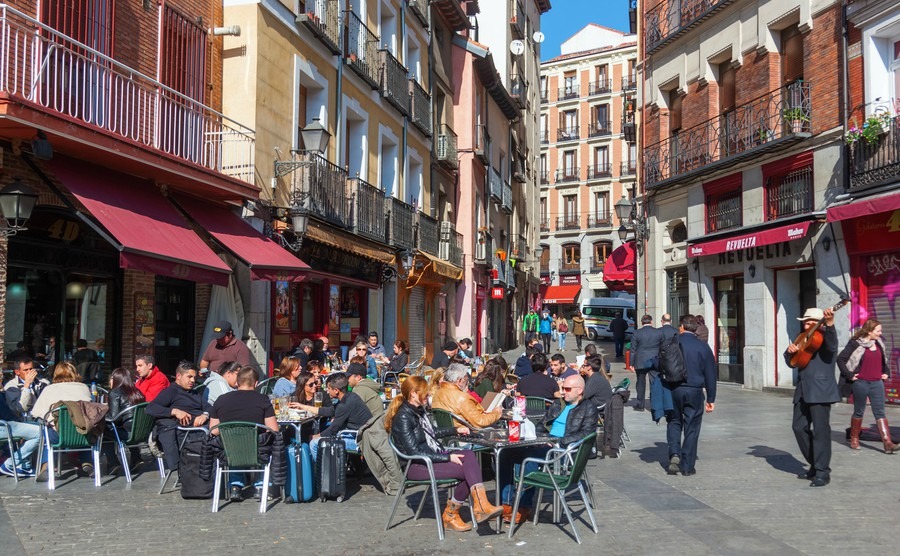 Seattle is proof that there’s plenty of “pride” in the Pacific north-west. The city contains one of only two LGBT visitor centres in the United States, where you’ll be able to drop in to find out about anything from gay yoga to a wedding planner – Seattle is a popular destination for gay weddings. The rainbow flag is as common as coffee shops in the Capitol Hill district – nicknamed “the Hill” – giving it a relaxed, welcoming vibe.

Whether you’re looking to move abroad permanently or find a gay-friendly destination for a holiday home, these 10 cities offer some of the best lifestyles and friendliest environments for members of the LBGT community.