Making the move to North Africa

Many expats and retirees are drawn to the untamed surroundings of North Africa, which fuses fascinating cultures, ancient civilisations and remarkable wilderness. Plus it’s all just a short hop across the Mediterranean from Europe.

It’s important to understand the risks associated with living in some countries in North Africa, however, so heed any travel warnings put in place by the UK Government. Whether relocating to North Africa for work, a change of scenery or a taste of adventure, you’ll want to know how much it will cost and where to live.

Expenses such as rent, utilities and groceries in countries across the region are much lower than the UK.

Most things are much cheaper in North Africa compared to back home, so anyone receiving equivalent to a British salary or a pension will have strong purchasing power. Expenses such as rent, utilities and groceries in countries across the region are much lower than the UK. A good example is Egypt, where the general cost of living – restaurants, markets, transport, utilities, leisure, childcare, clothing, rent – is 65% lower than in the UK, according to data from Numbeo – a global database of consumer prices. While the cost of living in Morocco and Tunisia is 52% and 63% cheaper than the UK respectively.

The Nile, lush delta, the Valley of the Kings, great swathes of desert, Mediterranean and Red Sea beaches and of course Cairo make Egypt one of the world’s most iconic destinations. Overseas property buyers tend to head Alexandria, Cairo or towns and cities to the south along the Nile delta, such as Asyut, Sohag, Luxor and Aswan. 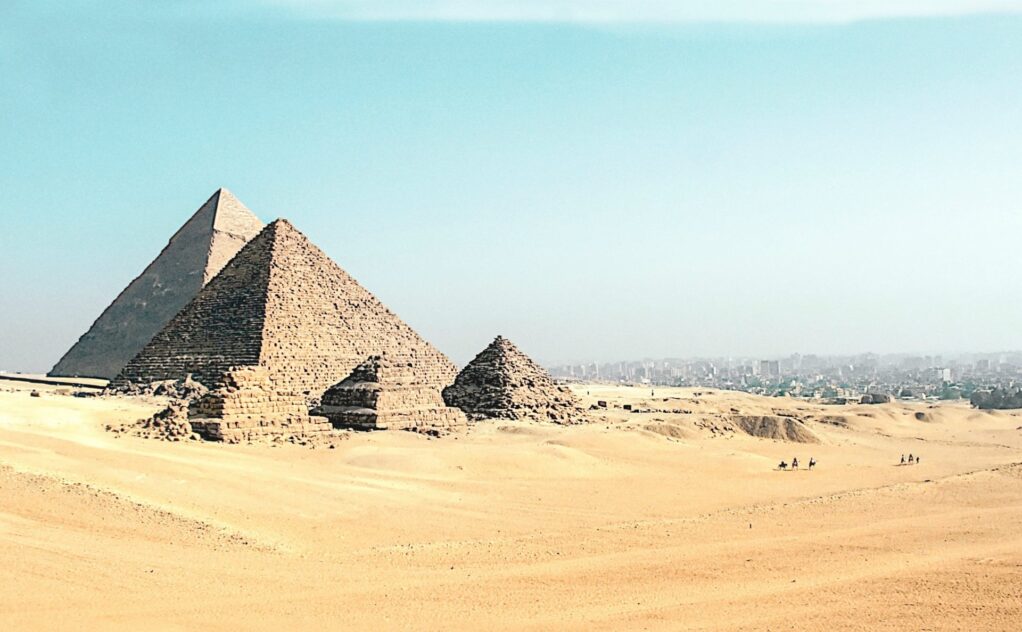 The cost of living in Egypt is very appealing

Founded by Alexander the Great, today Alexandria, a port city on the Mediterranean coast, combines its glorious past with a 19th century cosmopolitan makeover. While the capital Cairo needs little introduction, overseas property buyers continue to be drawn by the energy of a city once described as the Paris of the Middle East. If residents of London live alongside a seemingly endless collection of iconic landmarks they take for granted, life in Cairo means living in the shadows of the most iconic of them all: The Pyramids.

You don’t have to head to France, Spain, Italy or Greece to live the Mediterranean dream. Despite being much smaller than Morocco, Egypt and other countries in the region such as Algeria, Tunisia certainly delivers when it comes to finding a coastal retreat.

Wherever you choose to live, learning a few negotiating tips could net a you more house for your money. Download our guide, How to Negotiate Abroad. It’s written by a licensed estate agent and is packed with insider tips.

If big city life with a laid-back atmosphere tops your list of requirements, the capital Tunis could be the destination for you. A cosmopolitan urban vibe in the city’s heart is perfectly complimented by the warm waters and cool breeze of the Mediterranean, which is never far from your door. Other popular spots include Hammamet, the country’s largest coastal resort; Sousse, Tunisia’s third largest city; Nabeul, with its appealing white-sand beach overlooked by a collection of energetic waterfront cafes; and Mahdia, a laid-back fishing port that has managed to resist the excesses of mass tourism.

Morocco is located just 14 kilometres across the Strait of Gibraltar from Spain, making it the gateway to Africa for adventurous European’s. In terms of its natural beauty, spectacular mountain ranges, vast deserts and two oceans combine to make this an appealing place to live.

But what about the country’s ancient cities that might be on your viewing trip list? Tangier – the “White City” – has benefited from high-level investment in recent years, with cash being splashed on its business district, a TGV train line to Casablanca, a new port and a swanky marina. Located on the edge of the Sahara, Marrakesh is the country’s most iconic city and a UNESCO World Heritage Site, where ancient history and modern day chic thrive harmoniously side by side. A population of over five million ensures Casablanca is comfortably Morocco’s largest city. Overseas buyers often keep the hustle and bustle of the city at arms length by heading to beach side suburbs like Ain Diab with its distinct European influence. Other popular cities include historic Fes and Rabat, Morocco’s political and administrative capital.