Living in Malta as a British expat

Malta is one of the most popular choices for British expats and retirees. Find out why.

Malta is one of the smallest countries in the world, but has a lot to offer British expats and retirees in the way of lifestyle, work opportunities and standard of living. With around 3,000 hours of sunshine per year, a diverse culture and Mediterranean lifestyle (at a more affordable cost than other Mediterranean countries), life in Malta makes sense for Europeans and UK nationals looking to live elsewhere in the world.

Currently there are over 5,000 Britons who call Malta home and while a large majority of these are British retirees, there is a growing trend of expats moving to Malta to work online and in the tech industries, especially iGaming. The English-speaking culture makes finding work in Malta easy, and only a three-hour flight from London, it’s not too far from home compared to the UAE or North America. You have the choice of Malta itself, or the quieter island of Gozo just a short ferry ride away.

Typically expats tend to live in areas such as Siliema, St. Julian’s and Swiegi, outside of the capital Valletta.

The cost of living in Malta is lower than in most of Europe, but the average salary in Malta is also lower. For this reason, many retirees choose to live off their pension in Malta while working expats tend to work on the internet. The cost to rent a two-bedroom furnished apartment in Malta is around €650 (£580) a month, while the price to purchase a similar apartment is €400,000 (£356,000).

Average internet costs are about €25 (£22) a month, while utilities for a small apartment cost about €100 (£90) monthly. Expect to pay €300 (£270) a month for food; although dining out is slightly cheaper in Malta than throughout most of Europe. The cost of shopping for clothing is on par with most of Europe, with touristy areas such as Siliema and Valletta being more expensive. 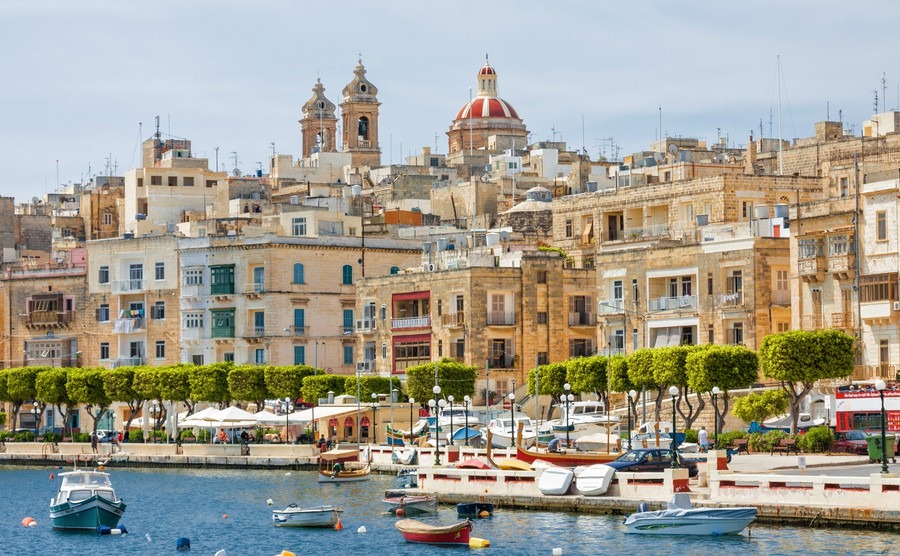 Most expats choose to rent after arrival as furnished rentals are relatively easy to come by, and because of restrictions on foreign home buyers. The most common property types to choose from are apartments, farmhouses, villas, town homes and maisonettes (which are apartments with private entrances). The cost to rent a two-bedroom furnished apartment outside of the city centre is about €650 (£580). Typically expats tend to live in areas such as Siliema, St. Julian’s and Swiegi, outside of the capital Valletta. A real estate agent will help expats find rental properties and properties for sale, and provide a good resource for getting to know the local area too.

As part of the European Union and Schengen economic zone, British passport holders are eligible to live and work in Malta (currently). This could however change with Brexit, and Malta offers a Golden Visa (officially called the Individual Investor Program) which allows high-net worth individuals of any nationality to live in and obtain citizenship in Malta. This program requires an initial investment of €650,000 (£579,000) into a Government Development Fund as well as a further €150,000 (£133,500) in a specified area, and a real estate investment of €350,000 (£311,700) or a five-year rental lease.

Wherever you wish to buy an overseas property, learning a few negotiating tips means you could get a little more house for your money! Download my guide: How to Negotiate Abroad. It’s packed with insider tips.

Malta has the advantage of being situated at a pivotal point between Europe, Africa and the Middle East, making it ideal for international business travellers. The online gaming industry attracts many expat workers as it’s one of the few countries in the world that grants licenses to iGaming operators. As part of the Schengen Area, a Malta visa allows access into other Schengen countries for work purposes. Other major industries in Malta include foreign trade, tourism, electronics manufacturing, financial services and film and television.

Expats from non-Schengen countries who plan to live and work in Malta need to apply for a long stay visa and then apply for a residency permit after they arrive. A working visa permit allows expats to live and work in Malta while a business visa allows them to enter Malta to conduct work activities. Applications for residency in Malta are submitted in-person to the Department for Citizenship and Expatriate Affairs. 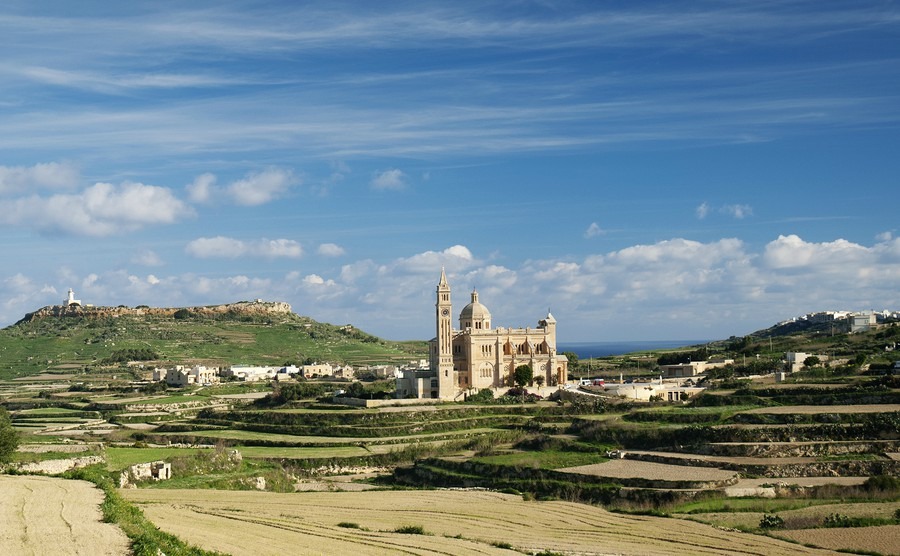 The countryside of Gozo

Malta is rated as one of the safest countries in the world, with one of the lowest incidences of natural disasters on the planet. The country has also been recognized by the World Health Organization for having some of the best healthcare in the world. There is both a public and private medical system in Malta, and non-residents will need to seek insurance via the private system or from a third-party medical insurance provider from outside of Malta.

Expats are eligible for free schooling in Malta, with a strongly rated state school system. Private and international schools are also an option, with private school education costs exceeding €5,000 (£4,450) a year. As a former British colony, the education system is modelled after the UK, making it a seamless transition for many British expat families.

For expats and retirees seeking a sunny escape abroad, great work opportunities all within an easy flight back to the UK, Malta could be an ideal option.